Gov. Whitmer speaks in Grand Rapids, says budget will be on time 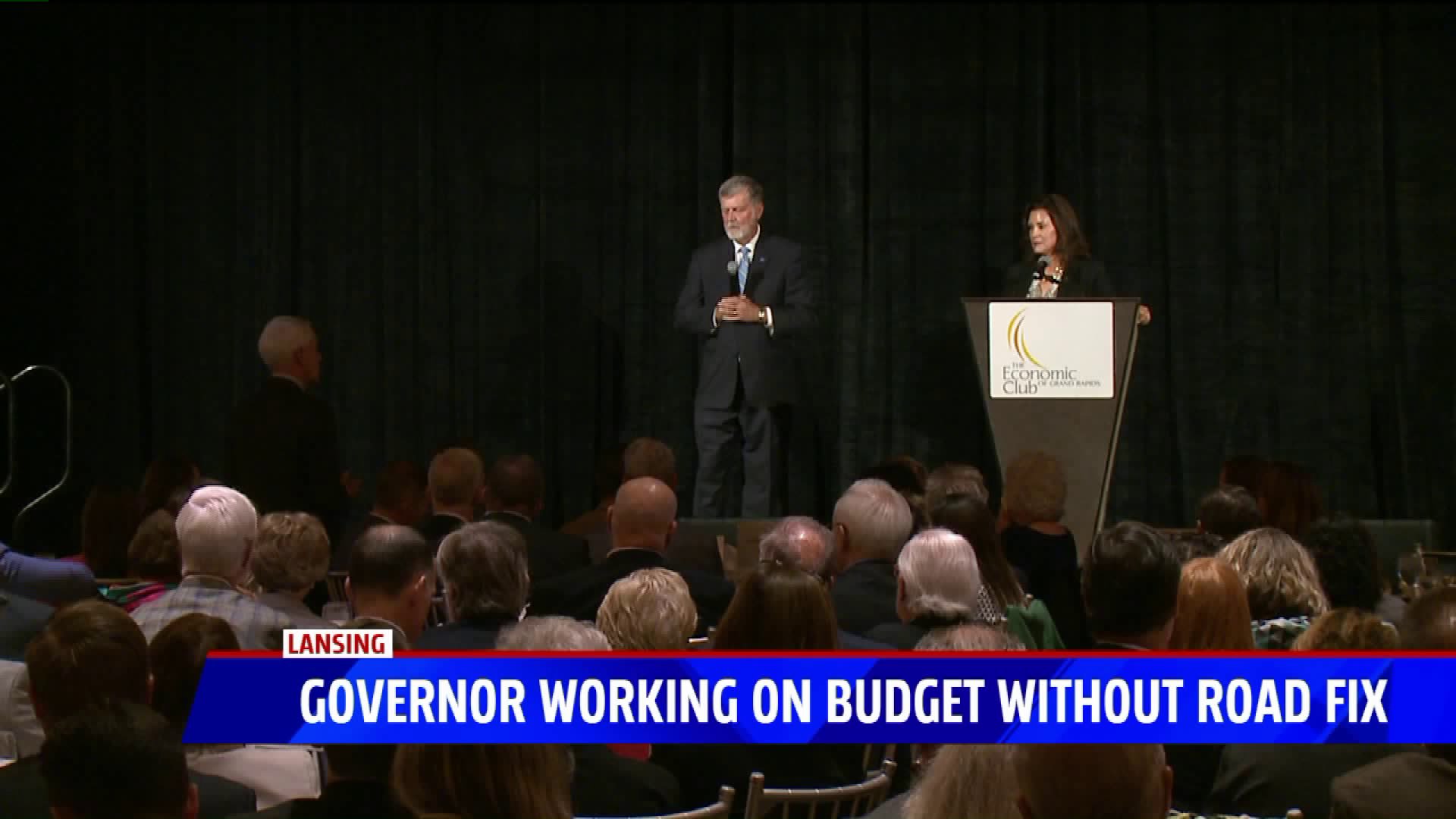 GRAND RAPIDS, Mich. — Gov. Gretchen Whitmer told a crowd of people Monday afternoon that despite some issues with House and Senate republicans, a state budget will come in on time.

Whitmer was in town to speak before the Grand Rapids Economic Club at the JW Marriott hotel. She had cancelled a press conference scheduled for before the luncheon Monday morning.

The State of Michigan has until the end of September to finalize a budget. A government shutdown could occur if no agreement is reached.

She campaigned on the promise of fixing the state's roads. Last week, Republicans in the House and Senate said they would not consider additional funding to fix the roads in this year's budget.

Still, Whitmer said Monday that roads funding would be back on the discussion table at some point in the near future.

"The fact of the matter is we’ve got important work to do to keep the State of Michigan open and running and so I’m going to focus on getting that done," Whitmer said. "And there seems to be a commitment from the others that we are going to continue the road conversation past Sept. 30."

Grand Rapids Mayor Rosalynn Bliss was among those in attendance Monday.

"I’m a little disappointed they’re putting off a solution for roads until after the budget, but I understand that's pragmatic and where they are right now," she said.

Stay with FOX 17 for updates as we get closer to the Oct. 1 deadline.