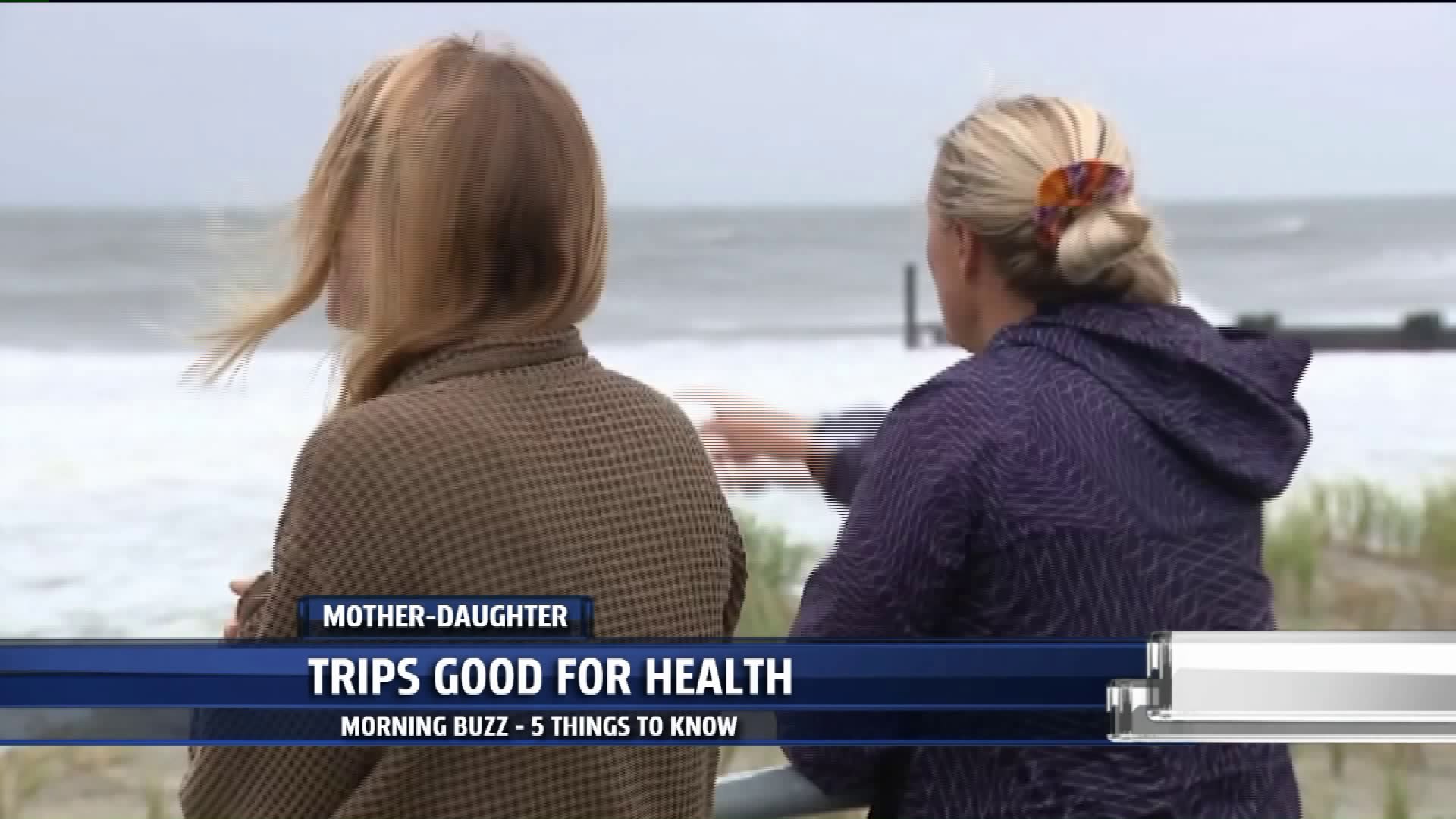 1. 1,200 runners laced up for a race on Sunday that started in Holland and ended in Grand Haven. The Point To Point Holland Haven Marathon is a highlight race for runners across the Midwest.

The marathon hosts full, half, and 8K marathon distance options taking runners from the Holland Civic Center to Grand Haven where they ran along the Lakeshore.

The event was also a qualifier for the Boston Marathon. Registration for that opens up today for those who qualified.

2. A student in West Michigan won a $1,000 scholarship for this art piece, focusing on the importance of renewable energy.

Cindy Mazariegos-Barrios is a junior at Grand Rapids Public Schools. She placed 1st out of 81 competitors in a Consumers Energy contest, for her piece called "We're All In This Together."

A panel of judges from Kendall and other colleges chose her artwork as the winner, while also recognizing nine other finalists.

All ten pieces will be displayed at the JW Marriott in downtown Grand Rapids until October 27.

3. Dave Coulier is coming back home. The comedian, best known for playing Uncle Joey on "Full House" is returning to his hometown of St. Clair Shores.

According to "Hour Detroit", Dave and his wife, Melissa, are reportedly building a house on a five-acre property off of Lake Saint Clair and the home will be finished by this time next year.

He attended Notre Dame High School in Harper Woods and graduated in 1977. Dave then went on to attend the University of Michigan before dropping out to pursue comedy.

4. The Humane Society of West Michigan is now home to dozens of cats that were displaced by Hurricane Dorian.

For the time being, those cats are being processed and will eventually be up for adoption on the Humane Society's website.

The organization says it is thankful to have the resources, facilities, and support to be able to help during this time of need.

5. A mother-daughter vacation may be just what the doctor ordered. If you're in need of a stress-reducing get-away, pack your bags and grab your mom or daughter, or both, and go!

According to research from Harvard Medical School, mother-daughter trips taken once a year can help relieve stress, improve immune responses, and decrease the chances of heart disease.

Essentially, showing similar benefits to a full night's sleep and a healthy diet.

Researchers add strong relationships and quality time with theose people may even help you live longer.