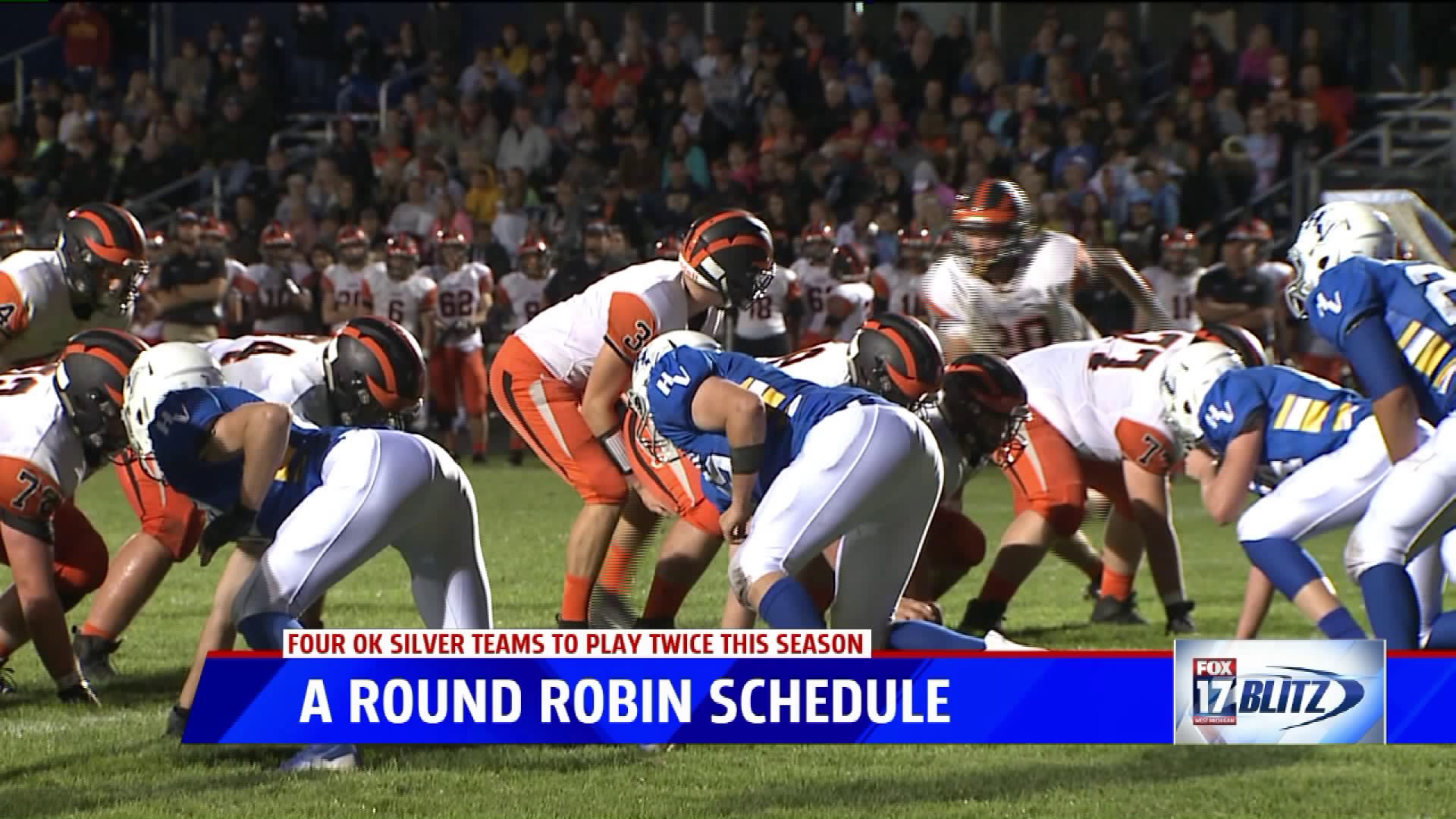 GRAND RAPIDS, Mich. -- The OK Silver has been cut down from seven to just four football programs this fall meaning Hopkins, Belding, Kelloggsville and Godwin Heights will all play each other twice, once home and once away.

Calvin Christian, NorthPointe Christian and Wyoming Lee all had different but similar reasons for wanting to opt out of conference play this fall, including recent struggles and the number of kids playing. Administrators from the three schools went to OK Silver athletic directors requesting their permission to step away from the conference this fall and it was accepted. That creates a less than ideal schedule but the teams left are focused on what they can control.

"The way I look at it is these kids and this coaching staff have no control over that," Belding head coach, Monty Price said, "so we're more focused on what we can control and that's us."

"We're going to play it and the idea is to focus on what we do best," Hopkins head coach, Cody Francis added, "we have to keep improving ourselves each week and can't worry what other teams schemes are, we have to be the best version of us that we can be that week."

And the four teams remaining in the conference have been the most successful over the past few seasons creating what should be a dog fight in the Silver this fall.

"We're excited about it," Kimble added, "it's going to be some good football, there's great coaching in our conference, great programs. All of us that are in the program have playoff history within recently, three were in last year, three were in the year before that, all of us are recent playoff teams and we're all playing each other twice, it's going to be some good football."

"I love playing teams twice if we're better than them," Price laughed, "so we're going to work hard to be better, we'll be in a dog fight for several games this year."

This Friday night, conference play begins as Belding travels to last season's conference champion Hopkins while Kelloggsville makes the short drive to Godwin Heights. The players are looking forward to the challenges the schedule brings.

"If we beat them once, they're going to come in the second game even more hungry," Godwin Heights junior Kylon Hunnicutt said, "so that's going to make us even hungrier to beat them the second time around."