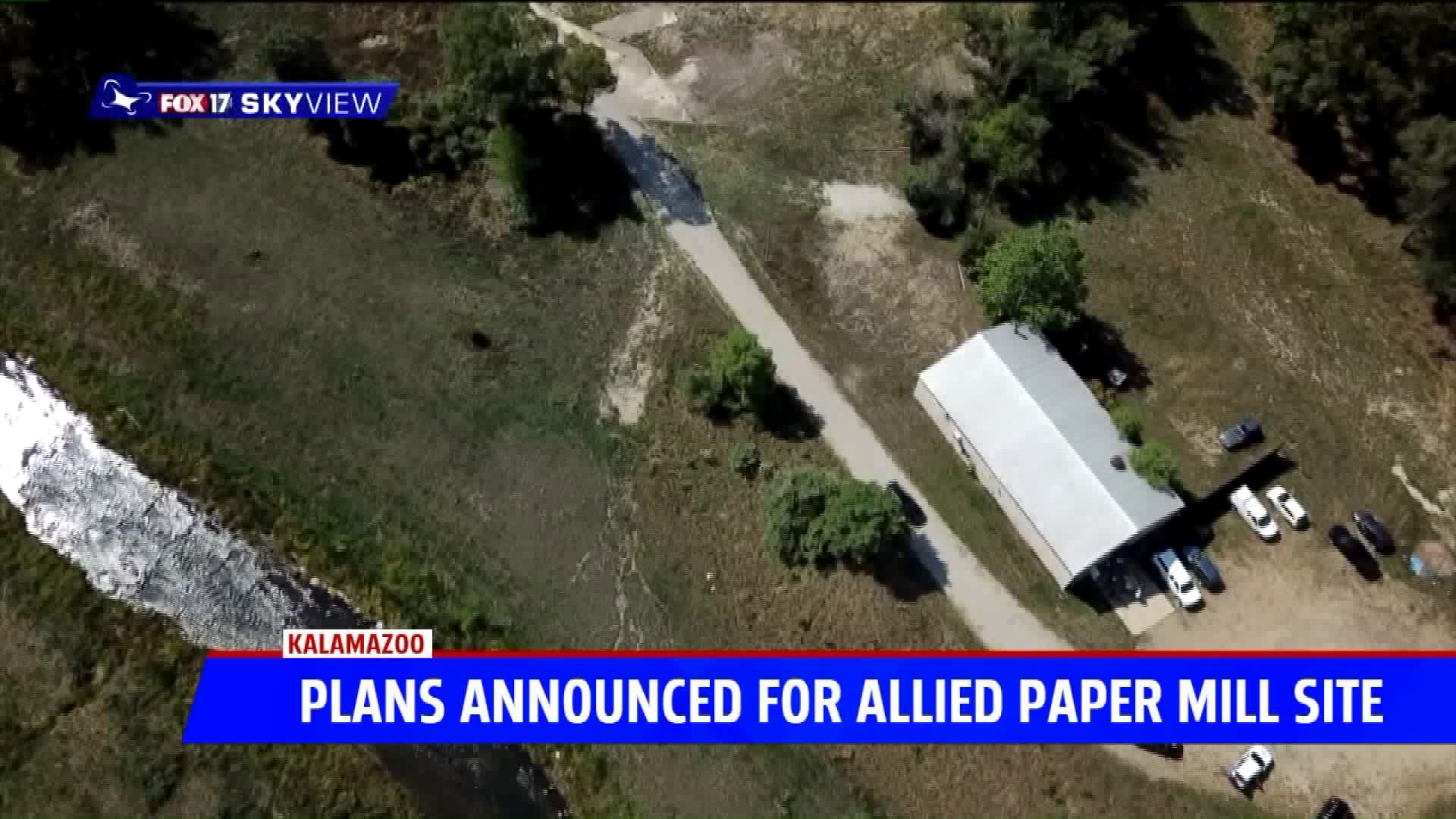 KALAMAZOO, Mich. — Mayor Bobby Hopewell stood alongside representatives with the Environmental Protection Agency as they announced plans that the old Allied paper mill site will be repurposed into commercial property.

“It’s going to become a vibrant area for activity,” Mayor Hopewell said. “Right now it’s been a vibrant area of a whole bunch of contamination in the soil.”

It’s because of all the contamination that the EPA designated it a superfund site years ago. The immediately stepped in to fix the problem by cleaning the soil.

“From the EPA’s perspective, our responsibility is to make sure the site gets cleaned up [and] that we’ve got longterm protections in place” said Cathy Stepp, region five administrator with the EPA. “We’ve got that partner with the city which is fantastic. We really can’t move forward without that to make sure we’re protecting public health which is our core mission.”

Mayor Hopewell gave a special “shout out” to the residents in nearby areas who brought attention to the issues at the lot. He remembered the times when people stood at the gate and demanded change.

“The Millwood neighborhood, the Edison neighborhood, all of them have said we need to do better here and we do,” Mayor Hopewell said. “We do and we’re going to. And it came out of that energy, that pushed and prodded and encouraged their government to act differently.”

The project was about 10 years in the making, he said. After all the meetings, that sometimes turned tense, he's glad plans are in place to move forward.