Suspect in custody after standoff in Comstock Twp. 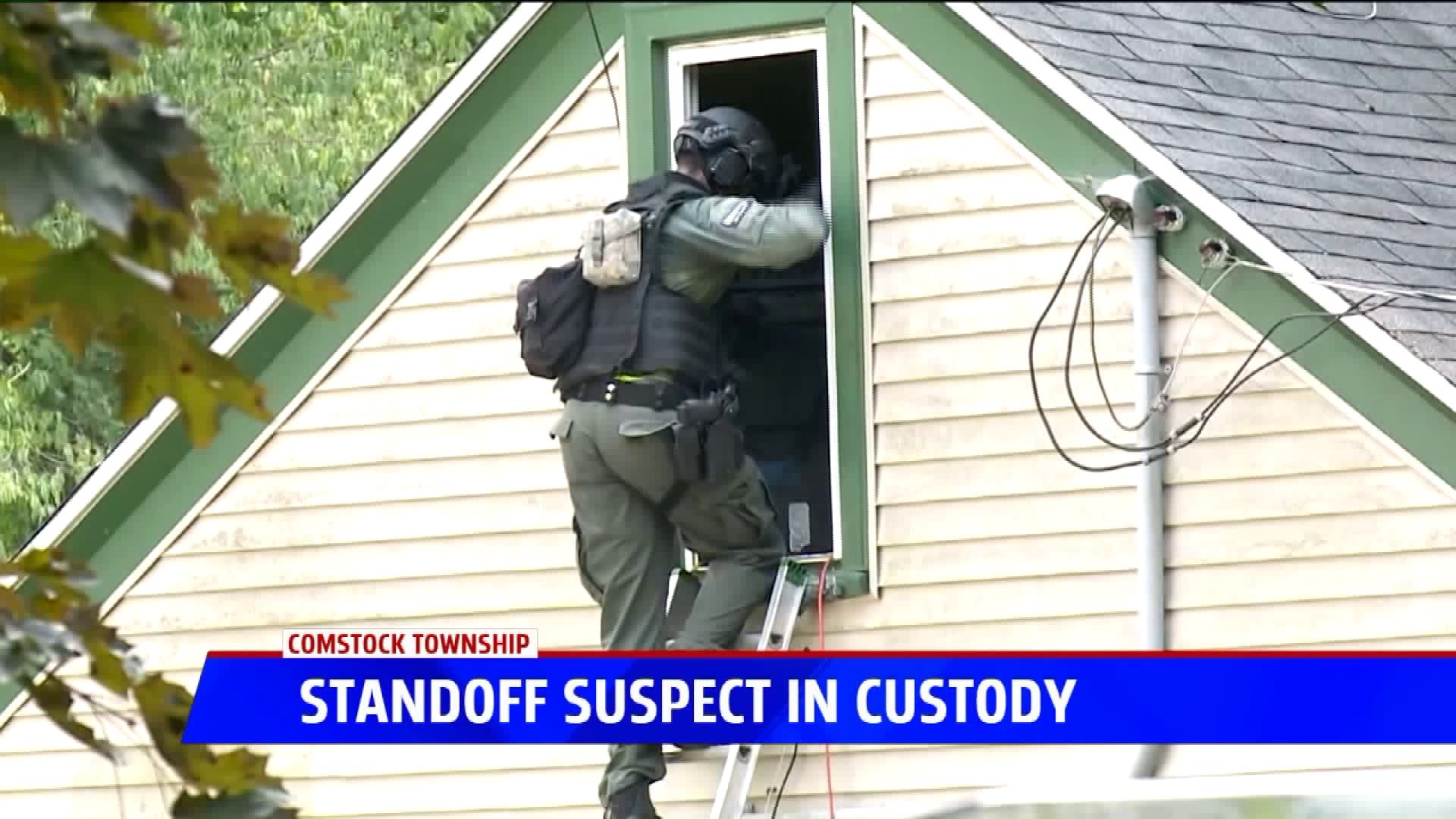 COMSTOCK TOWNSHIP, Mich. — A suspect has been arrested after a standoff that lasted several hours Tuesday in Kalamazoo County.

The man was escorted out around 3 p.m. from a home on Pickard Street north of E Michigan Avenue in Comstock Township.

Neighbors said deputies had been at the home since about 11:30 a.m. Authorities say the man is an assault suspect, but didn't elaborate any further.

Deputies and cruisers line the road on Sept. 10, 2019 during a standoff in Comstock Township, Mich.

Those who live nearby said the house has been an issue in the past.

"This house has been raided before. I've only been here a couple of years and I've seen it raided before already," neighbor Amanda Hays said.