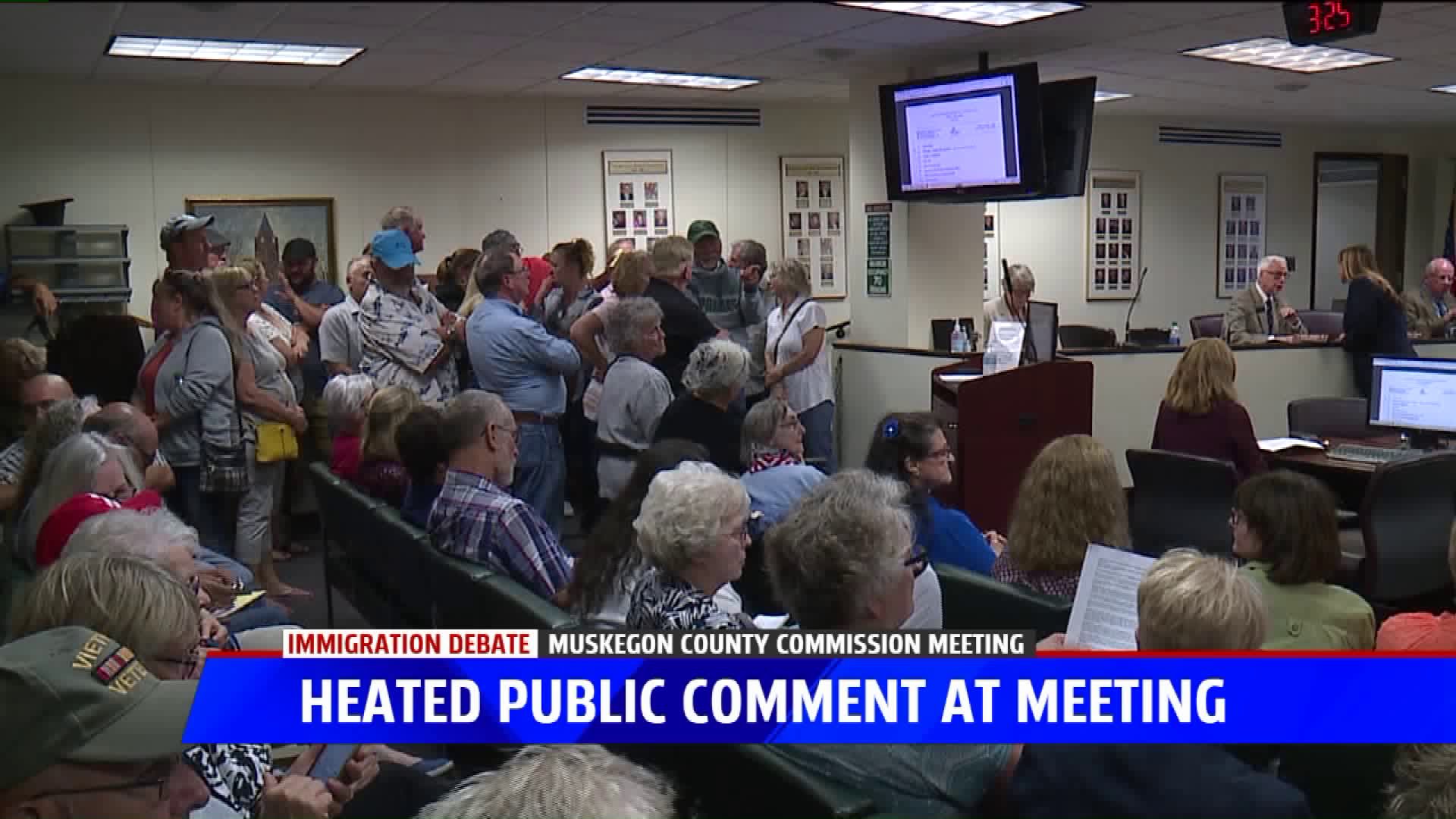 The resolution reads, in part, that board "affirms the goal of Muskegon County to be a diverse and welcoming county that respects the innate dignity of all people and whereas all people, including immigrants, are respected and valued and are vital to our shared prosperity."

The resolution was then abruptly taken off of the Tuesday's agenda because Commissioner Marcia Hovey-Wright, who introduced the resolution, changed the language to distinguish it would only reference legal immigrants.

Commissioner Zach Lahring took to Facebook prior to the meeting to express his opposition and belief that the resolution is the first step to becoming a sanctuary county.

In the United States, sanctuary cities or areas can refer to places where cities limit their cooperation with immigration agencies or do not ask one's immigration status.

Hovey-Wright told FOX 17 that it was never intended to have any connection to Muskegon County becoming a "sanctuary county." Despite moving the item to next month's commission meeting at the earliest, many people still took the chance to speak to the board about it during public comment.

"This is a wild West city," said one citizen who stepped forward to the podium. "You bringing illegal immigrants here is huge."

"It is my personal opinion that all sanctuary cities in the United States are a slap in the face to all the brave men and women who have worked hard to come here legally and make this their home," said Alice Boomer.

As public comment continued, Hovey-Wright restated that her resolution did not relate to sanctuary cities. Many in the crowd responded, "Yes, you are."

A handful expressed their support for the resolution throughout the meeting as well.

"They made me freeze at disbelief that this room could be filled with hate," said Jennifer Zaragoza, who said she was initially scared when she stepped into the room.

"If we become a welcoming community that doesn't mean that there is going to be a mass infiltration of illegals to this meeting," said Rachel Zorn, also in favor.