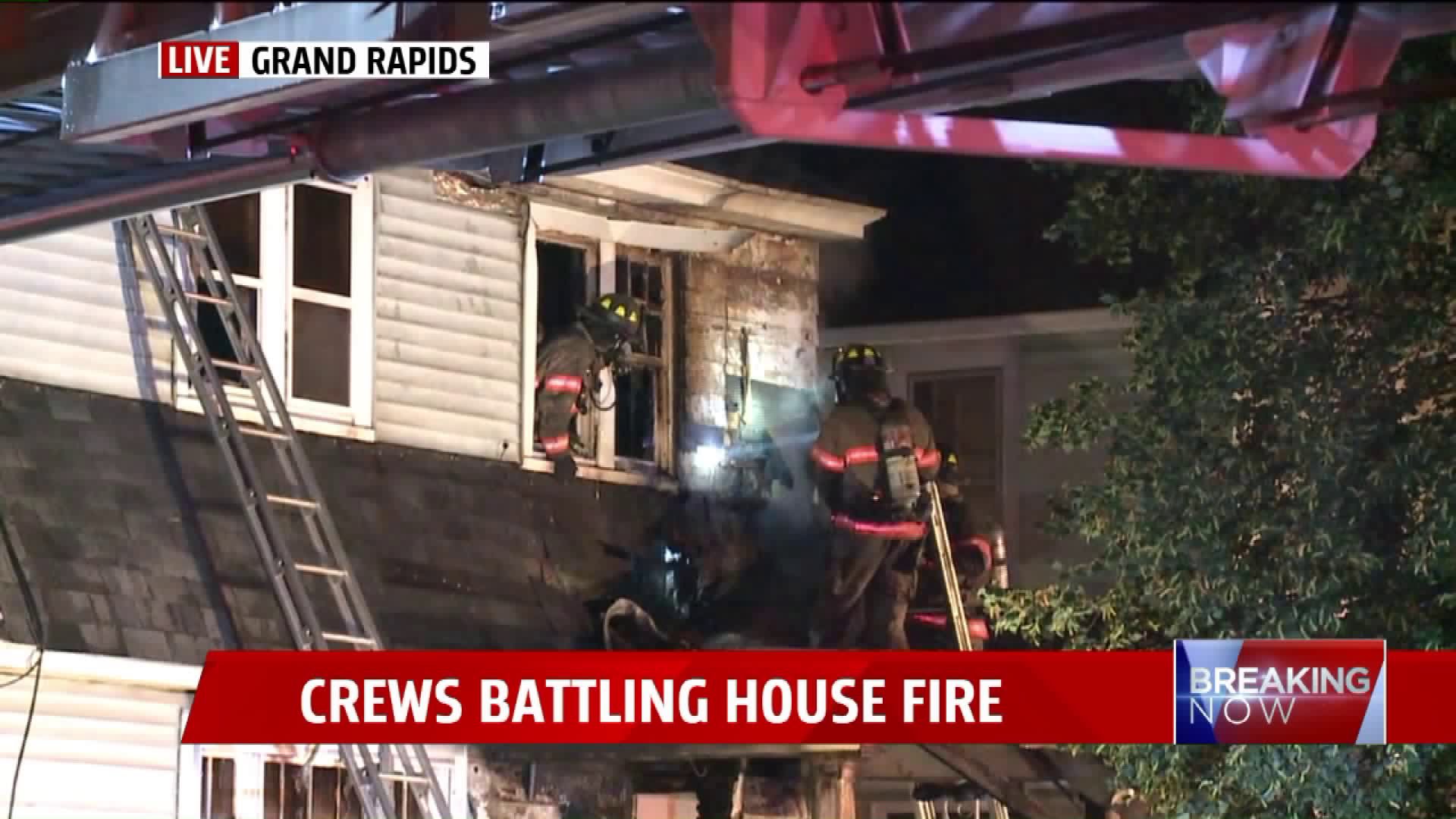 GRAND RAPIDS, Mich. -- Grand Rapids Fire Department Officials discovered evidence of arson in a house fire on the southeast side of the city.

It happened just after 5 a.m. Tuesday at a home near the intersection of Hall Street SE and Prospect Avenue SE, west of Madison Avenue in Grand Rapids.

The home was unoccupied at the time of the fire so no one was hurt. Crews believe it started on the front porch of the home and quickly spread inside.