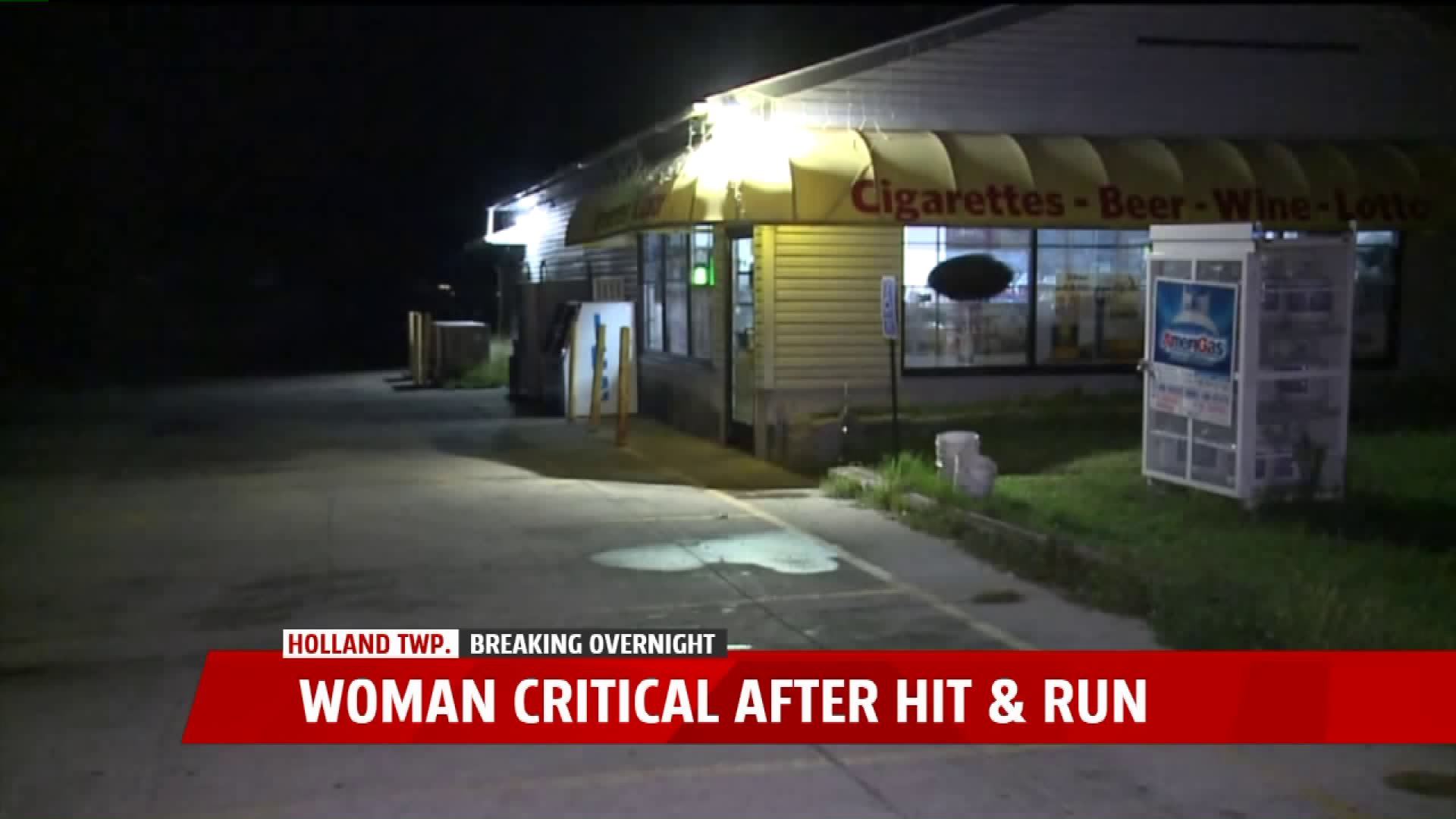 HOLLAND TOWNSHIP, Mich. -- The search is on for a driver accused of running over a Zeeland woman following an altercation outside a business.

Deputies with the Ottawa County Sheriff's Office say a fight broke out between to groups in the parking lot and a 41-year-old woman was knocked to the ground.

A white Dodge Charger was observed striking the 41-year-old woman with the front of their car, running her over. The car continued southbound and left the parking lot.

The 41-year-old Zeeland woman was taken to a nearby hospital with critical injuries.

Anyone with information in reference to this incident is asked to the Ottawa County Sheriff's Office or Silent Observer at 1-877-88-SILENT.