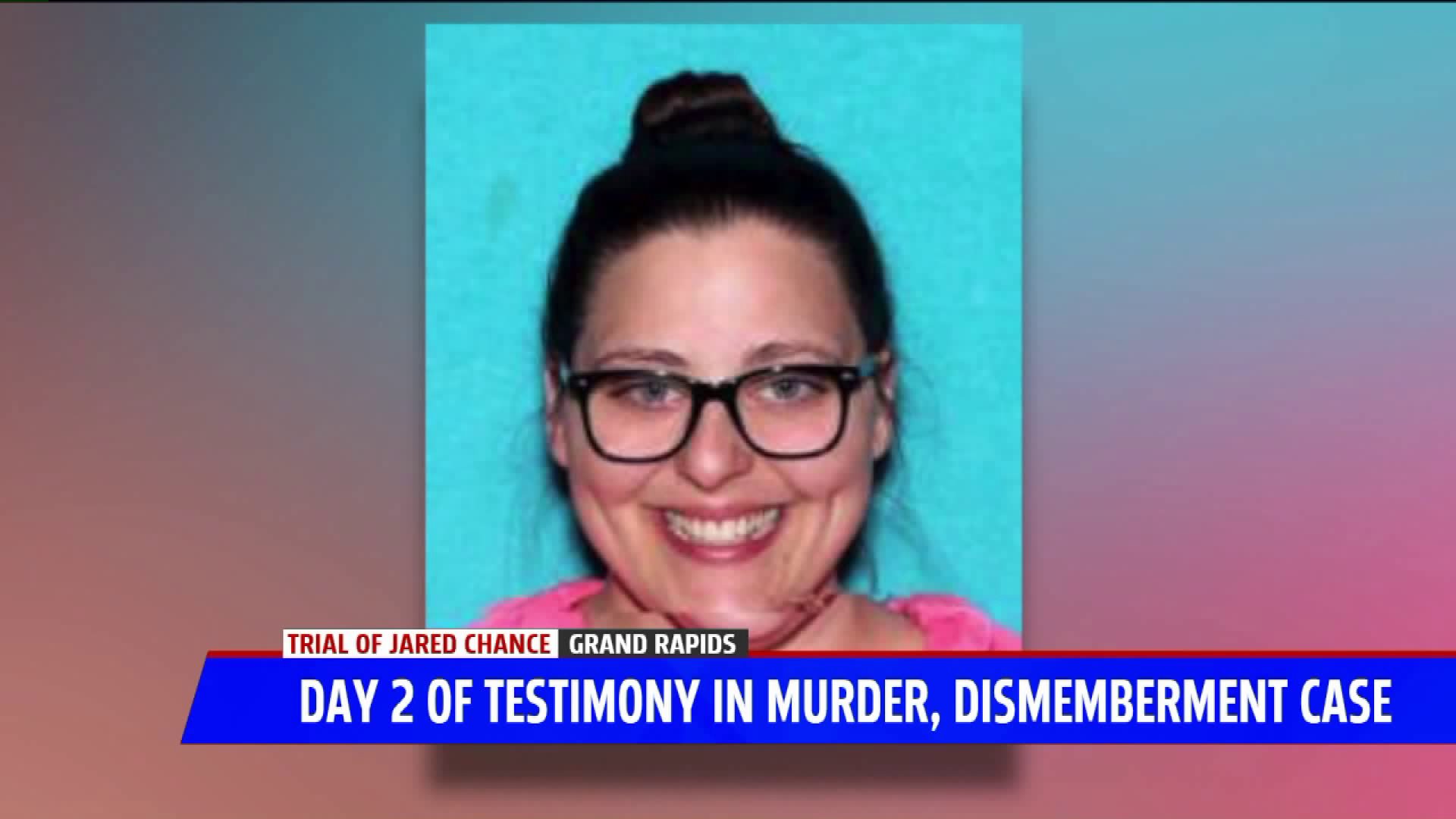 GRAND RAPIDS, Mich. — The second day of testimony has wrapped up in the trial of Jared Chance. Demetreis Taylor was one of multiple witnesses to take the stand. He was an acquaintance of the accused killer and said he even helped Jared get a job.

Yesterday, when Kristine Young took the stand, she talked about the frantic search for her daughter. She said when she got a hold of Jared, he pointed her in the direction of Taylor and claimed Young had been with him.

Kristine Young then called Taylor who said he didn’t even know who Ashley Young was. Wednesday, Taylor described how Chance told him to expect a call from Kristine and asked him to lie about interacting with Ashley.

Taylor recalled, "He said his friend mom is going to call me (and to) tell her that she came by my house, used my phone and left."

He continued, "When she called the second time, I answered and I was like, 'I don't know your daughter. I never met your daughter.'"

"She kind of got upset with me. Understandably, and she talked about calling the cops," he explained.

Jared's brother, Konrad Chance, testified last today. There were a lot of details he said he did not remember.

However, Konrad was asked about Jared pointing his revolver at him and pulling the trigger. He said Ashley was there and told Jared you're not supposed to do that. Konrad, who lives with his parents in Holland, recalled traveling to Grand Rapids with his parents after Ashley Young's disappearance.

Konrad said his brother looked upset, and the family helped him load some items into a vehicle and remove items from Ashley's vehicle. Investigators' timeline has the family then heading Costco before heading back to Holland that day.

As previously reported, Barbara and James Chance have been implicated in the crime and allegedly helped cover for their son. In fact, they've been charged with perjury. In court today, investigators testified that a saw blade found in their home in Holland had Young's DNA.

Testimony resumes in the morning.