Honor and remember victims of 9/11 at Gerald R. Ford Museum 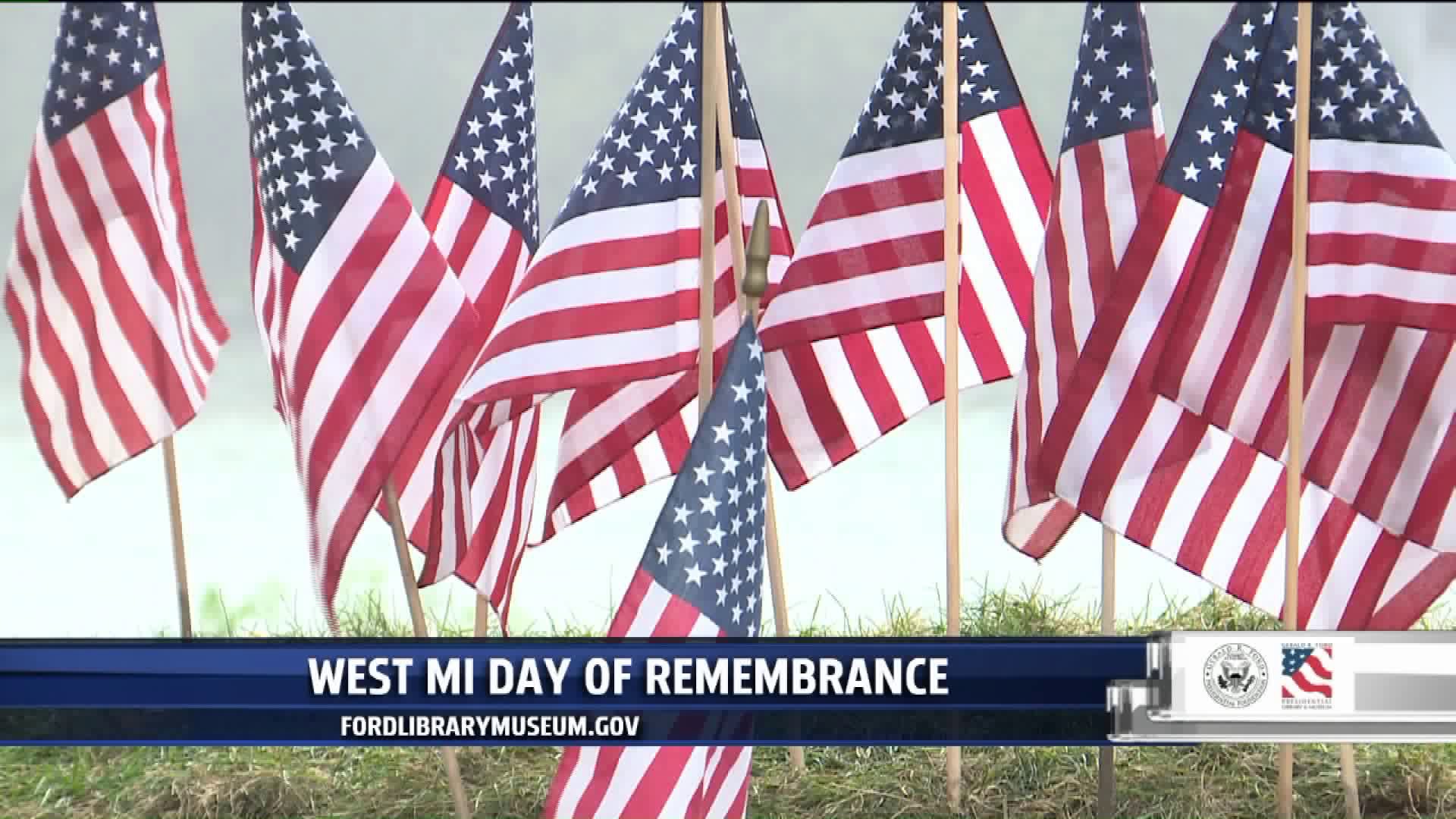 Each year on September 11, the Gerald R. Ford Presidential Foundation and Museum partner with the Boy Scouts of America, and many other community partners, to honor and remember those who died during the terrorist attacks in 2001.

Late President Ford's son, Mike Ford, stopped by the studio to talk about what visitors can find at the museum on this year's Day of Remembrance.

All day long at the museum grounds, there will be a continuous salute to the U.S. Flag, as well as an American Red Cross Blood Drive, CPR demonstrations, Police Dog Demonstrations, mounted police, and the Grand Rapids Fire Department Smoke House.

The evening will wrap with the Salvation Army Band performing at 6 p.m. and Mike Ford will speak at 6:45 p.m. After the speakers, there will be a special performance of the National Anthem followed by Echo Taps by the Salvation Army bugle players.

Throughout the day, admission into the museum will be free from 9 a.m. to 5 p.m. Visitors are highly encouraged to visit the exhibit "Extraordinary Circumstances: The Presidency of Gerald R. Ford" by David Hume Kennerly.

Kennerly’s collection of behind-closed-door images includes the inner workings of the White House, the Ford family, and the end of Ford’s presidency after losing to Jimmy Carter in the 1976 election. It is the first time the photos have been on display.

Mike Ford says the exhibit means the world to his family.

Events are open for the public to participate and began at sunrise and will run through sunset at 8 p.m. At the end of the event the flag will be returned to full staff.