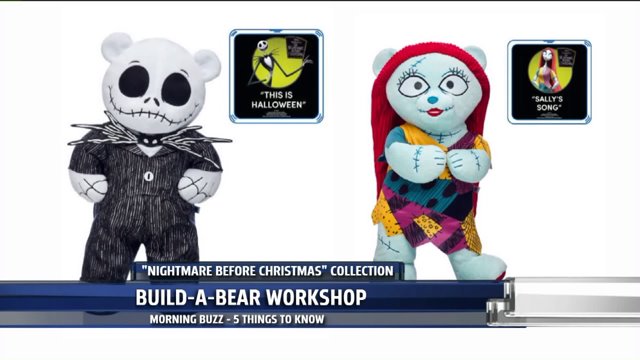 1. The famous Grand Hotel on Mackinac Island is getting new owners.

It's being sold to KSL Capital Partners, an investment company of high-end luxury hotels and destinations. According to the release, terms of the transaction will not be disclosed but the deal is expected to close within the next 30 days.

Located on Mackinac Island, the Grand Hotel was built in 1887 by the Mackinac Island Hotel Company, a group of railroad and steamship owners.  Right now it's owned by Dan Musser III alongside his sister and their mother.

2. A special edition of Project Night Lights is happening tonight to honor the victims of 9-11.

The event takes place on the second Wednesday of every month outside Helen DeVos Children's Hospital in Grand Rapids. This month's event happens to fall on the anniversary of the September 11 attacks.

Volunteers will hand out red, white, and blue lights, and visitors can meet with members of law enforcement.

3. In honor of 9-11, some restaurants in West Michigan will be feeding first responders for free today.

Mission BBQ will be giving away free sandwiches to all fire, police, and first responders from 11 a.m. to 9 p.m. at all of its locations.

They will also be selling Hometown Heroes cups and $2 from each purchase will be donated to local fire and police charities.

American Char will also be thanking the men and women who put their lives at risk every day by giving them a free barbeque meal. It's available from 4 to 9 tonight.

Just bring in your first responders card to receive the offer.

This moon will also be the Harvest Moon, which is a moon that is seen nearest to the time of the Autumnal Equinox, the time when both the amount of daylight and nighttime are closest to equal.

5. Build-A-Bear is helping people get into the holiday spirit with its newest collection of "Nightmare Before Christmas" themed stuffed bears.

The collection includes the great and terrifying Jack Skellington and Sally.

The pair coming right in time for the spooky season and feature the character's unique wardrobe and song. With just a press of the pumpkin king's hand, you'll be serenaded by "This Is Halloween." Sally's bear also comes in with a built-in recording of "Sally's Song" from the movie.

The bears are currently only available online, and cost a little more than $50.