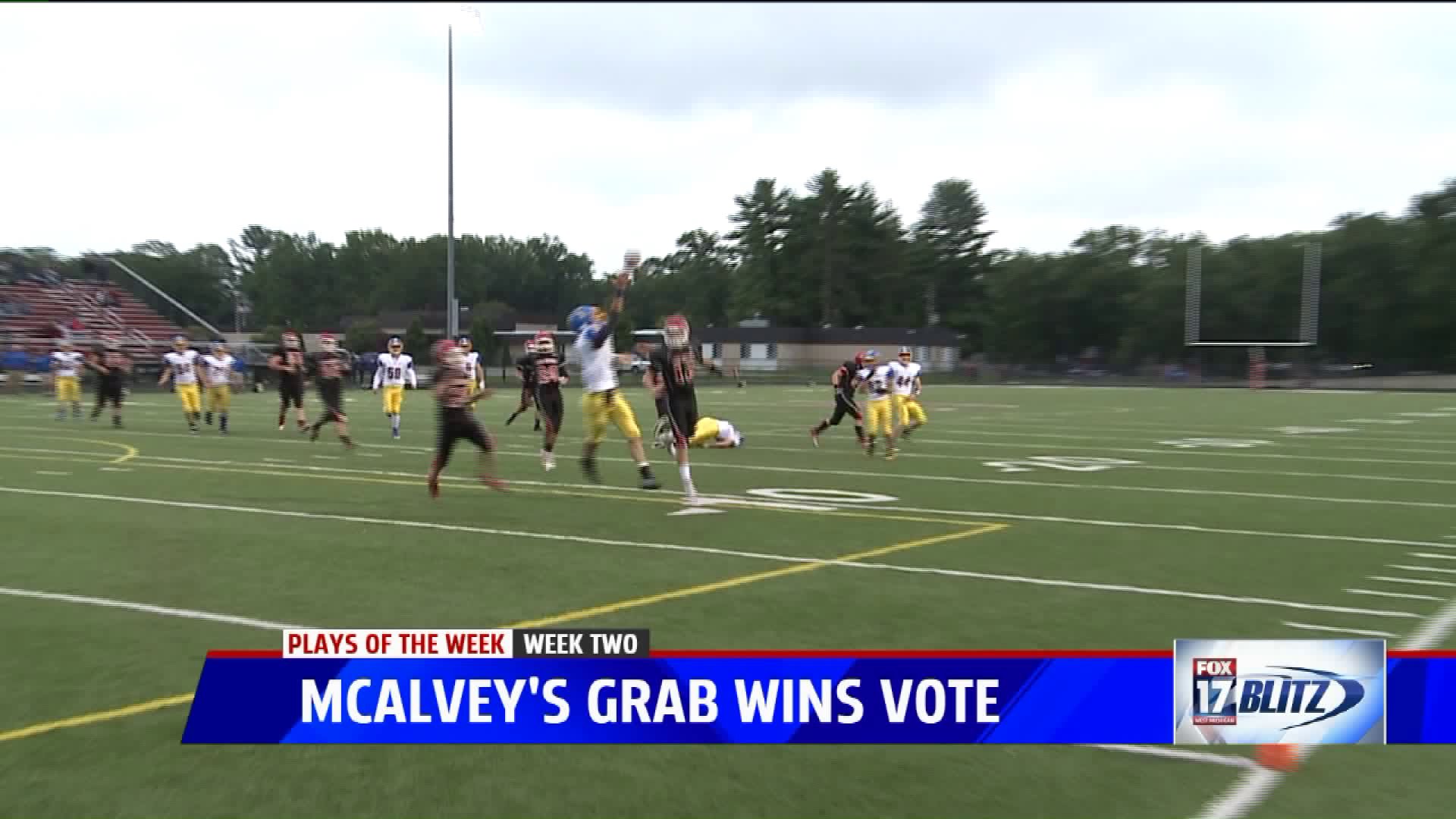 The junior receiver’s catch helped the Eagles convert a fourth-and-13 early in the game on their way to a 38-0 win.

McAlvey’s play received 47% of the vote for Week 2, beating out an 84-yard touchdown by Kyler Vanderjagt for Byron City and Unity Christian’s Isaac TeSlaa avoiding several defenders to score.