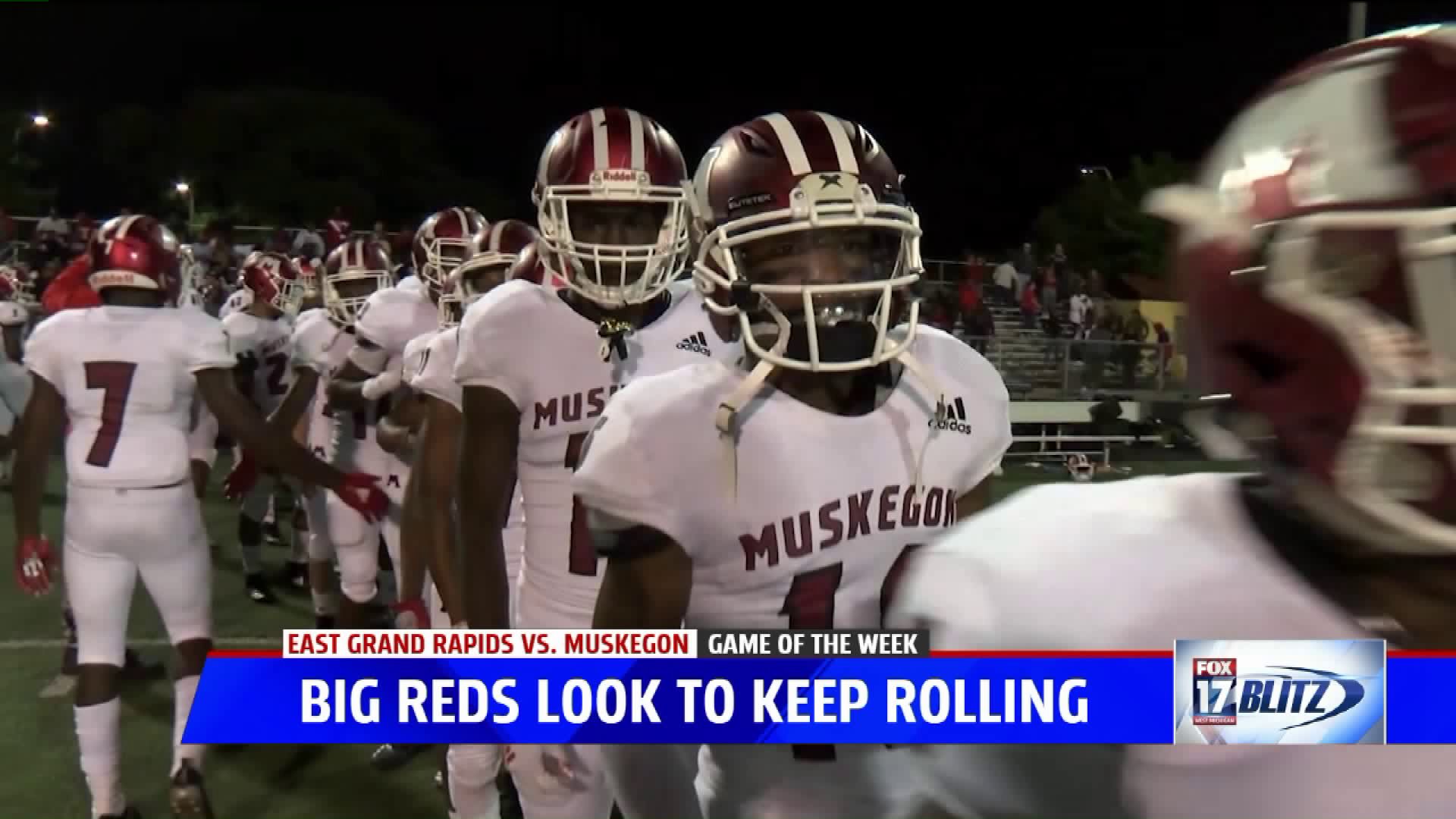 (FOX 17) — The Blitz will be back in action for the third week of the high school football season.

GAME OF THE WEEK: EAST GRAND RAPIDS AT MUSKEGON

The Pioneers (1-1) and Big Reds (2-0) played twice last season with Muskegon winning both games, however, EGR jumped out to a 14-0 1st quarter lead in the regular season meeting and then made a late charge before falling by seven in the playoff matchup.

"We have been studying those games," East Grand Rapids senior linebacker Noah Moskal said. "We have 27 senors so we all pretty much played in that game and know what we are doing so we take a lot from that game and we just trust the coaches with what they have prepared and just do what we got to do."

"We've played them quite a bit these last handful of years," 4th year Pioneers head coach Casey Longo said. "They know us, we know them, we have become pretty familiar with their program and likewise for them. Our kids believe. We are not in it for moral victories we are having a good week of practice and we are going out to Muskegon and we are going to try and win the football game."

This will be the Big Reds home opener this season after starting the season with wins in Detroit against defending state champions Warren DeLaSalle (41-7) and Detroit King (41-18).

"We have been working on our chemistry all year so going down there playing together as a unit really showed," Muskegon senior quarterback Cameron Martinez said. "I think it can still get better if we clean some stuff up offensively and defensively."

"They (EGR) have played us here better than anybody has played us at home," 10th year Big Reds head coach Shane Fairfield said. "They have a rich tradition themselves, so I expect just another playoff type atmosphere."

Grand Rapids Catholic Central (1-1) is coming off a loss to Illinois power Niles Notre Dame Prep last Saturday.  Zeeland East won a forfeit against Detroit Douglass.  Last season the Cougars got a late kick return for a touchdown to beat the Chix 17-13 in a thrilling game.