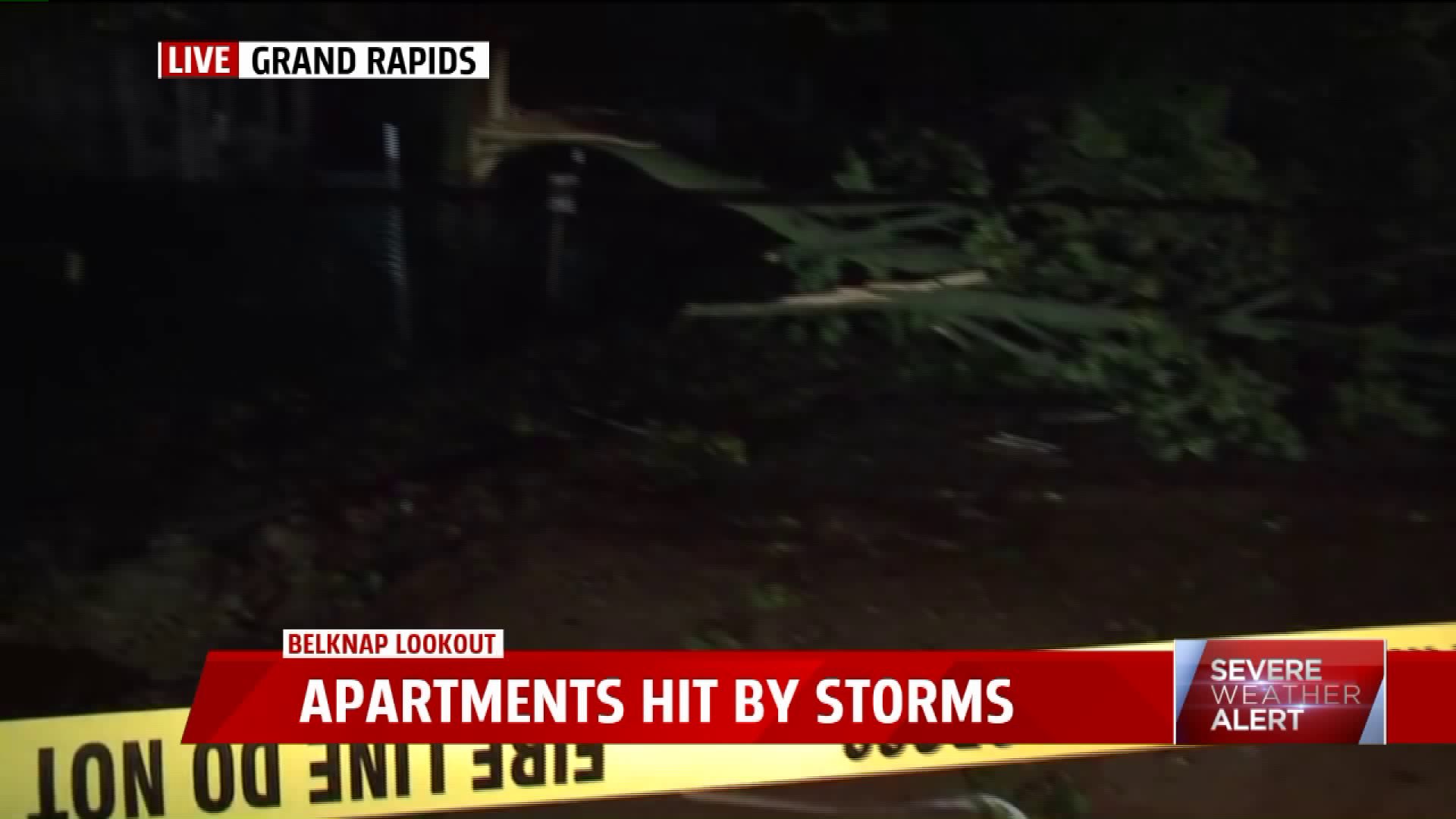 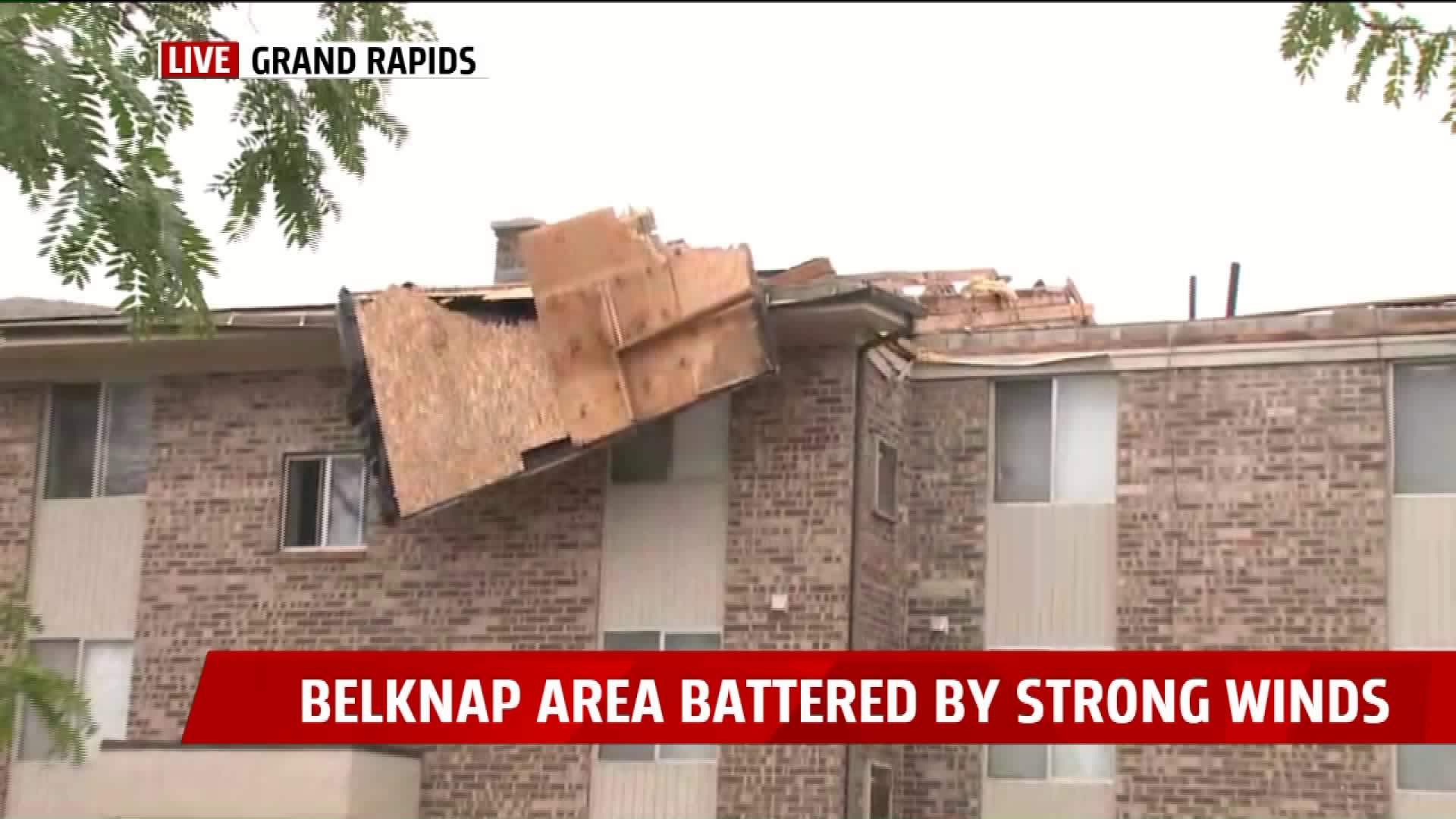 "It even turned over some of the heavier garbage cans, like the steel ones, and honestly we were just happy to still be okay because our house was between all the trees that were getting uprooted and then all the debris flying at our house, we were right there in that little sweet spot, we were actually pretty lucky," Schaffer said.

The roof of an apartment complex ending up coming off the building, exposing several apartments to the elements.

"I've heard of little small microbursts and I've seen those small things, but never anything like this where it would like throw things yards over close where I'm at," he said.

Schaffer said it was disappointing to see all the work that has gone into building the neighborhood get destroyed in a matter of seconds.

Down the hill from the Belknap Lookout area sits Green Giftz. Kelly Brown, an employee there, was driving home from her gym when she heard a weather alert go out over her car radio.

“I decided I'm going to come to our office. Our back warehouse is kind of all cement blocks, kind of pushed into the hill, it would be safe enough to go back there,” she said.

When Brown opened up the door to the office, she found water pouring in from the ceiling.

"I’m thinking someone left a window open. It sounds like it's raining in here. I turn all the lights on and sure enough there is just like jungle water coming from the ceiling," she said.

She ran around the building collecting electronics and moving them to safety, calling her co-workers and asking them to bring any buckets or containers they could find. Cassidy Scarpino, another employee at Green Giftz said, “I got Kelly’s phone call and I was just overwhelmed. So I run out of the house and grab every bucket, cooler, container I can grab.”

The whole Green Giftz team was at the office Thursday to help with cleanup. They are optimistic about how much they can clean up and save. Brown saying, “I think it was like shock. All of us in the office kept looking at each other, like is this actually happening.”