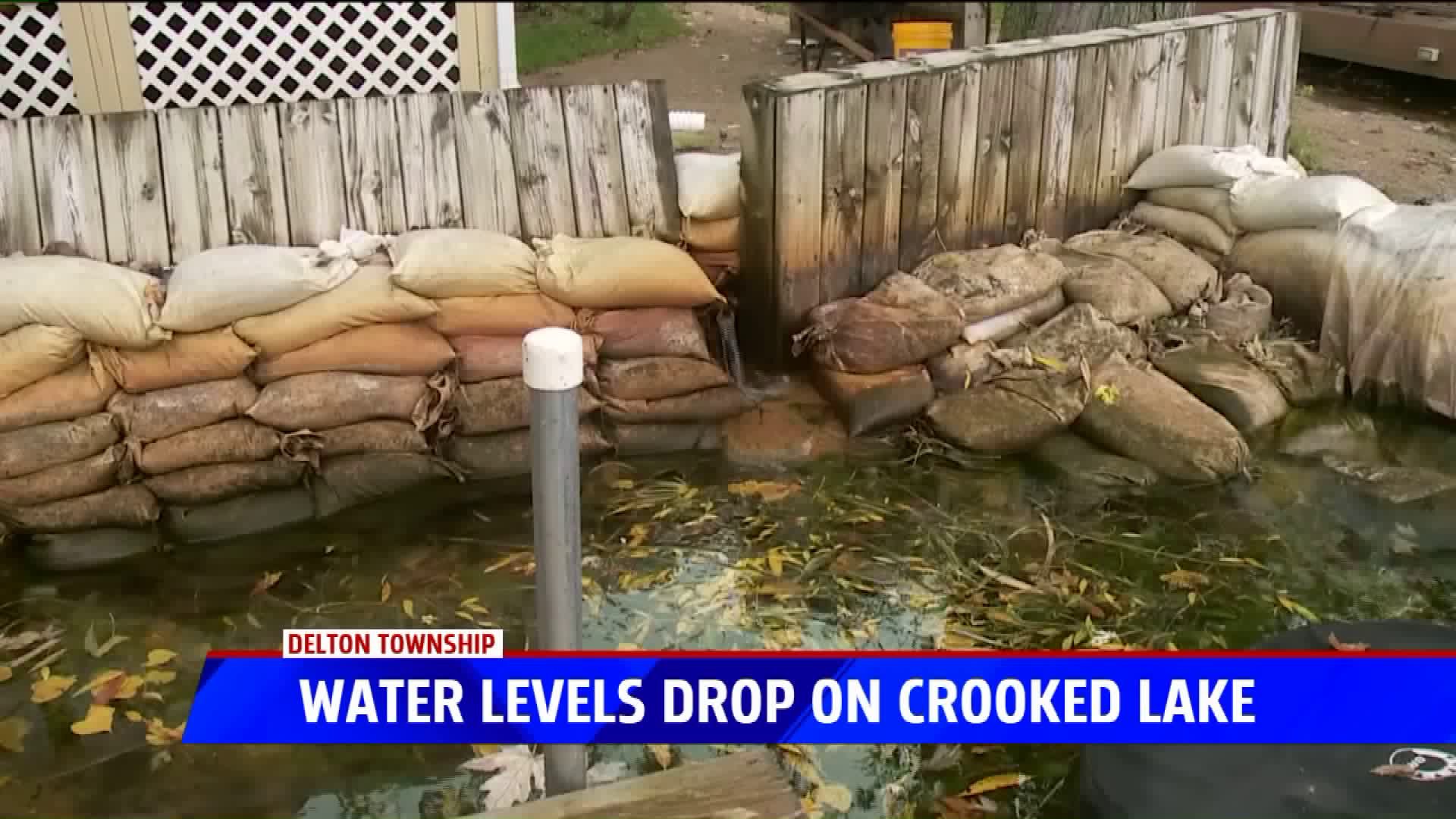 DELTON, Mich. — For over a year, Deb Englehardt and other residents on Crooked Lake have been dealing with widespread floods. Water has filled people’s homes, yards and covered their beaches.

However, recently, residents received some good news from local officials: the water was finally receding.

“We’re down about nine inches which is a good start,” Englehardt said. “We still are nearly 5 and 1/2 feet over our legal lake level. So we have a good deal to go. But, it’s a start and it’s going to help save some people’s homes.”

Barry County Drain Commissioner Jim Dull said the drop is “astronomical.” The pumps have been running since June 7 nonstop.

“The better news is the retention pond that we built is now taking that water the whole time and we’ve filled 6 and 1/2 feet out of 20,” Dull said. “So we still got 13 feet to go.”

He said changing from an 8-inch pump to a 12-inch pump helped at great deal. And all the sunshine in August was beneficial.

“It’s not just due to the pumping, It is also because we’ve had such great weather that we’ve had a lot of evaporation,” Englehardt said. “But we are hopeful that it continues.”

A few thunderstorms rolled through Delton this week, but it didn’t make a significant impact. Residents have been dealing with the floods since 2018. A wet winter and spring that year made the lake rise to record levels, which caused widespread floods.

It got so bad that some of Englehardt's neighbors moved away, she said. Water had been inside and around their home for so long that moss and mold was growing.

“It’s been a lot of stress,” she said. “It has been the cause of our stress. And so we’re hoping that this will be the start of back to where we were.”

The work is far from over, Dull said. He’s currently working on getting more permits to do more pumping once the retention pond fills up. And he asks no one trespass on the property to see it.