Roof of Ionia County barn torn off by storms 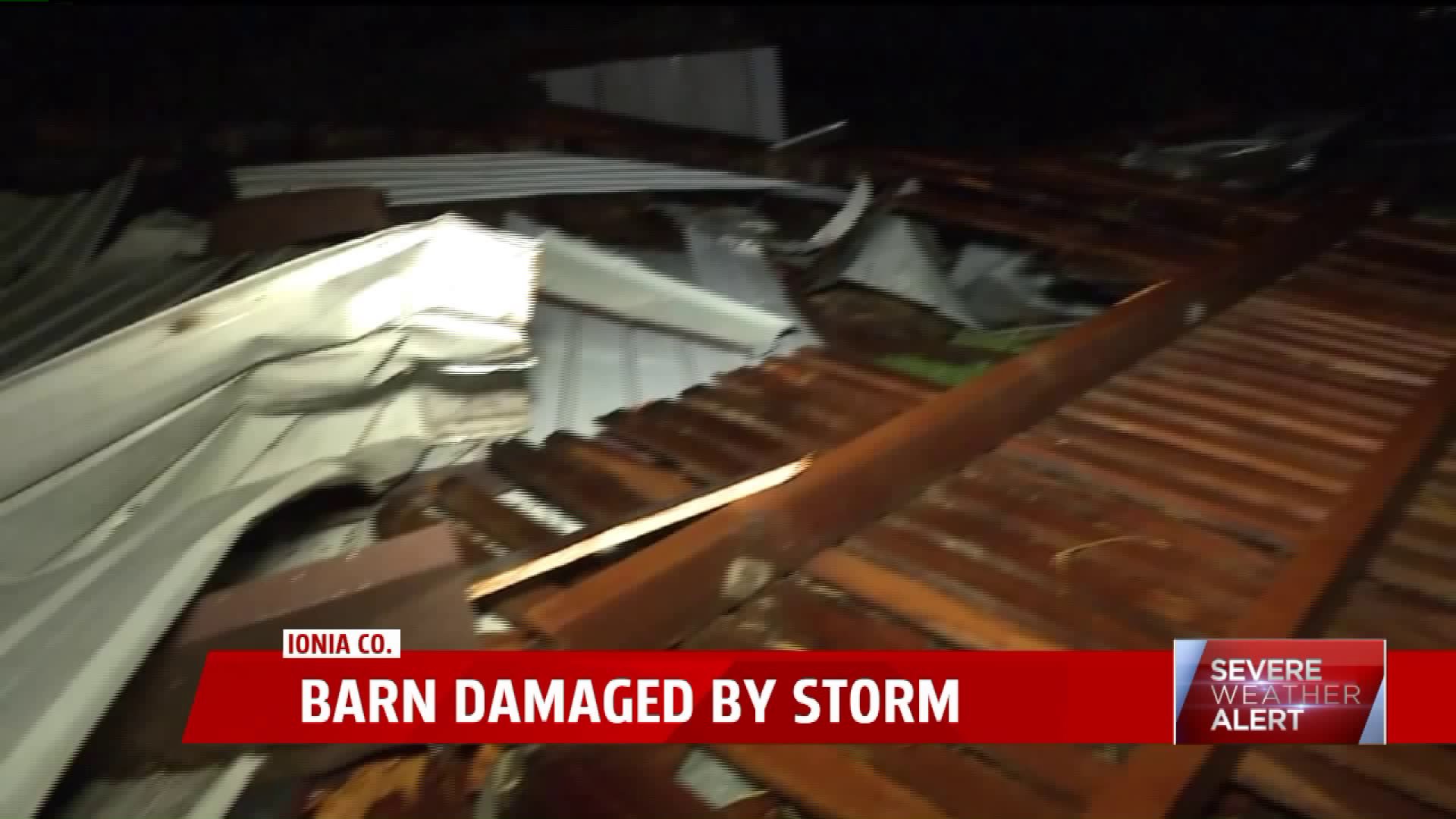 IONIA COUNTY, Mich. -- The owner of a West Michigan barn is cleaning up the damage after storms took the roof off his barn.Kyle Brodbeck said he went outside to check out the damage after getting a tornado warning on his phone.

He quickly ended up telling his family to take shelter in the basement after hearing something like a loud train that lasted only seconds.

Thankfully the barn was actually empty during the storms.

Broabeck is still without power and is using a generator now.

"Part of the roof from this barn must have flew over top of my house and probably went a total of 50 yards or so," said Kyle Broadback. "It was something I never really experienced before, to me I kinda thought it sounded like a train, ya know just super super loud and it only lasted for like 5- 10 seconds if that," he said.

Unfortunately Brodbeck says his family is no stranger to storms.

Back in July they were hit by an additional storm that hit on the other side of the street and took off the north side of his roof and damaged another barn.

On the bright side this time around, Brodbeck says this is a great community in which he has a lot of close friends, so today he and those friends are going to start focusing on storm clean up.