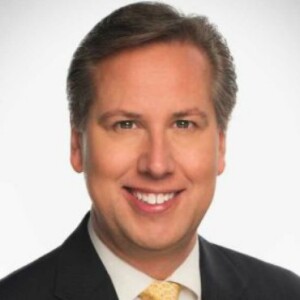 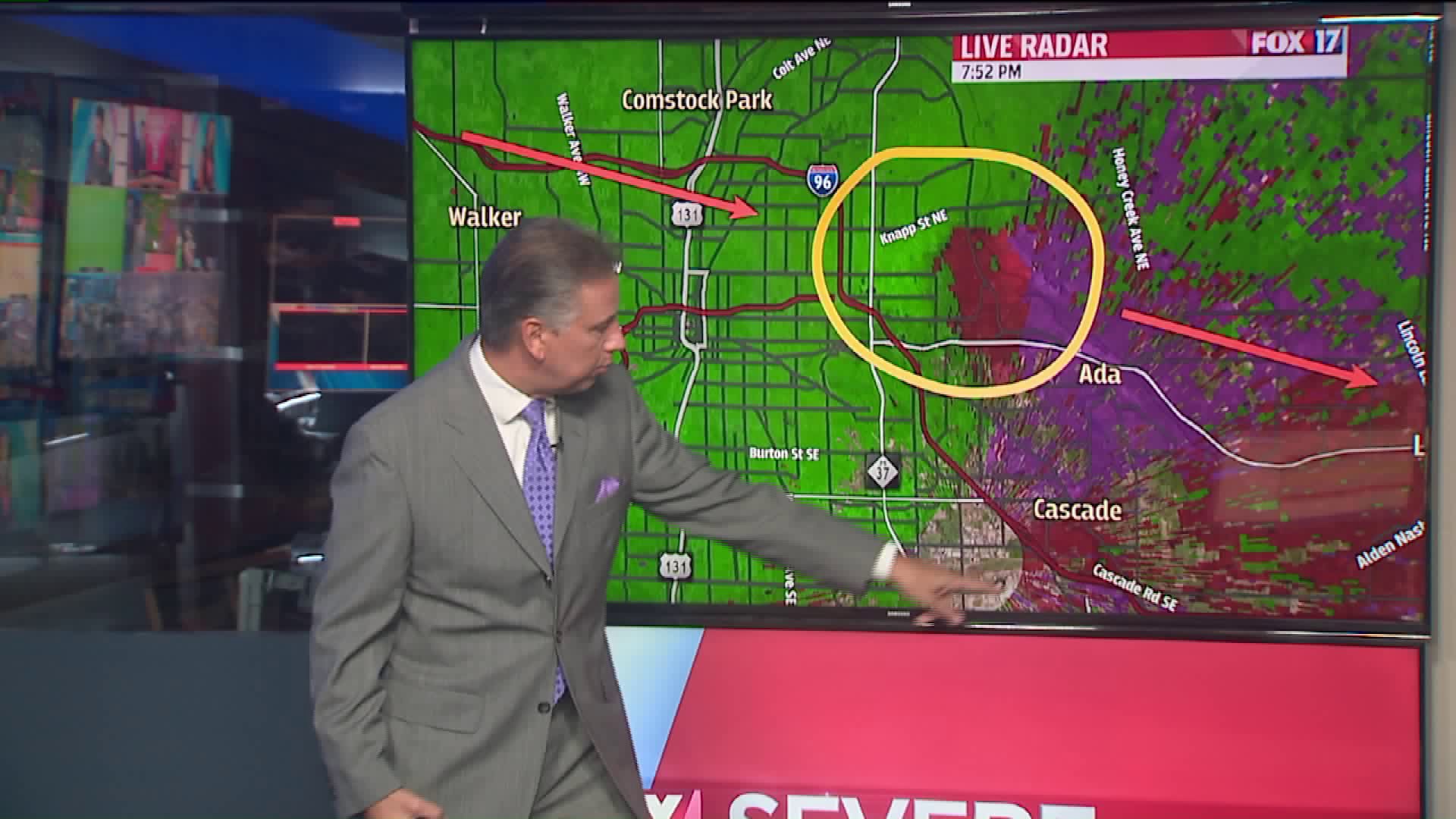 WEST MICHIGAN - Widespread strong to severe storms ripped through West Michigan Wednesday afternoon and evening with torrential rain, extensive lightning, golfball size hail, and damaging straight line winds. In fact, there may have been one or more tornadoes from Grand Rapids, to Ada, to Lowell, and further south/east into Ionia and northern Eaton Counties. Let's examine what happened!

Meteorologists commonly look at velocity data on Doppler radar. This allows us to see how strong the winds may be, and if there's any rotation. Everything in green in velocity mode is moving TOWARD the radar site. Everything in red is moving AWAY from the radar site. Anytime we see red embedded in green, or green embedded within red, or these colors directly next two each other, it signifies rotation. Take a look at the image below. The arrows represent existing cooler thunderstorm outflow boundaries that will shortly intersect winds racing in from the north/west. Note the radar time of 6:41 P.M.

Below is another velocity image valid on radar at 7:30 P.M. Note the cooler outflow boundary indicated by the arrows has now dropped south of Rockford. The brighter area of green between Allendale and Coopersville is an area of much stronger, faster winds about to intersect the outflow boundary.

The next velocity image below shows a bright green area (moving toward the radar) between Grand Rapids and Comstock Park. It is here where these faster winds are starting to intersect the cooler outflow line indicated by the arrows. Radar time is 7:45 P.M.

At 7:50 P.M., velocity data in the circle below is now showing the intersection and interaction between these areas unfolding. Note specifically the bright red just north/east of Grand Rapids, coupled immediately next to the bright green. Rotation has tightened, and a tornado may be on the ground at this point.

By 7:57 P.M. on radar (below), the white circle clearly shows a tightened circulation entering the Ada area. If there was no tornado on the ground, these were straight line damaging winds at 65 to 80 mph, but we had a nice velocity couplet between the red/green with strong reason to believe a tornado may have been on the ground.

At 8:01 P.M., notice the very bright red in the image below indicating very strong outflow winds. This was between Ada and Lowell and may have been damaging straight line winds, but the possibility of a tornado on the ground was certainly real. We, as Meteorologists, had already been warning for several minutes prior to this...to take cover in the basement.  A tornado warning was already in effect!

Our final radar velocity image at 8:12 P.M. (below) shows continued strong outflow winds south/east of Lowell and moving into southwestern Ionia County around Clarksville. Again, these were likely strong, damaging straight line winds, or a tornado may have been on the ground.

The Grand Rapids National Weather Service will need to conduct several damage surveys on Thursday in order to determine whether these were straight line winds, and/or one or more tornadoes. We know more than 38,000 customers ended up without power, roofs were ripped of structures, car windows were blown out, and at least one barn was completely removed from its foundation. We should have more answers later on Thursday, but at least we know the how and why it happened. Look for one more round and showers and storms late Thursday night through Friday morning as the entire system slides through the state.

If you have any photos or video of these storms, please post them to our FOX 17 Facebook page, or email them to news@fox17online.com. Get the complete West Michigan forecast at www.fox17online.com/weather.