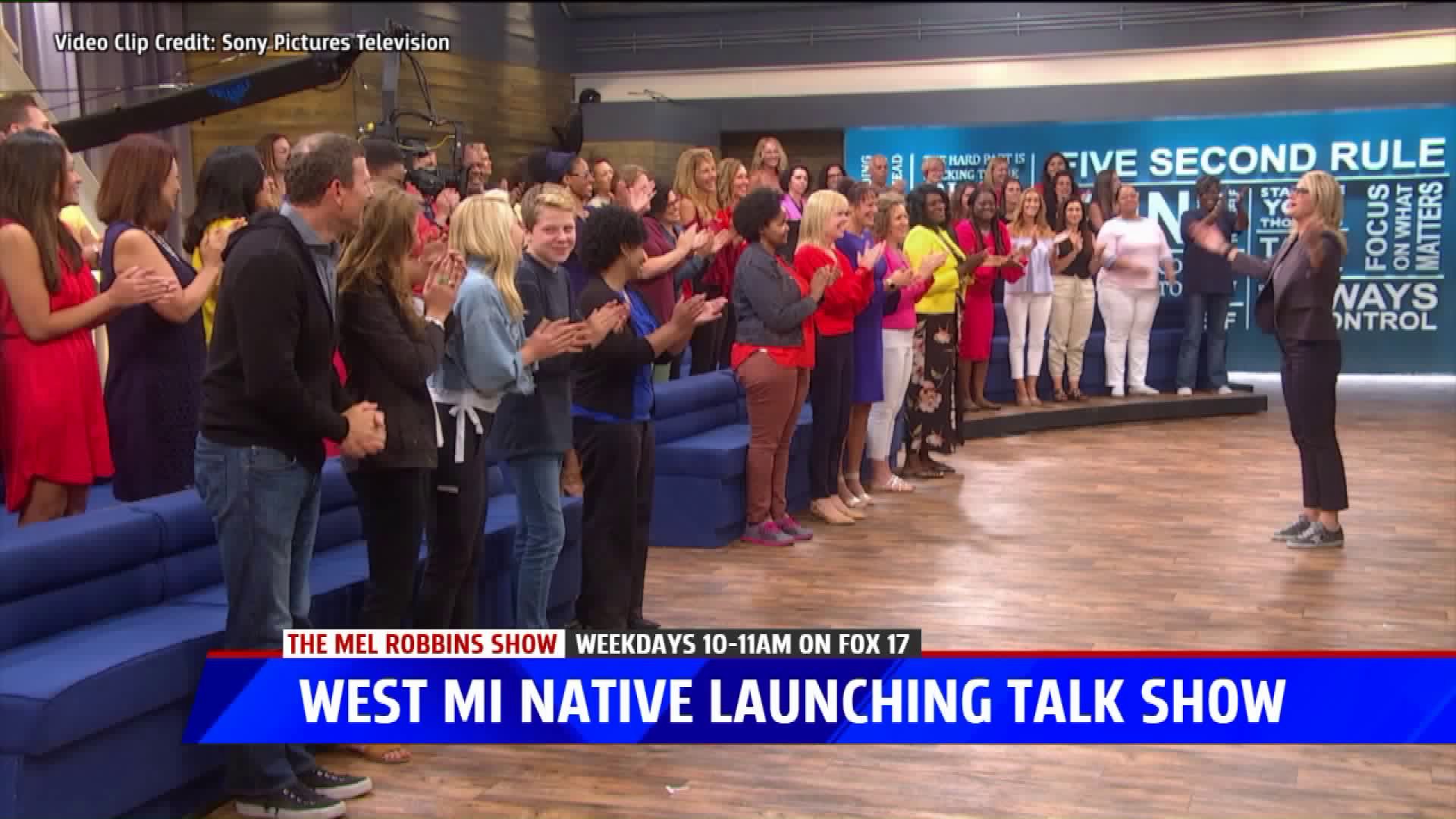 WEST MICHIGAN -- Monday marks the premiere of a new show on FOX17, The Mel Robbins Show and the creator of the show actually has ties to West Michigan.

“I grew up in North Muskegon, my family moved there from Dayton, Ohio when I was in the fourth grade and I stayed there until I graduated high school," said Mel Robbins.  "My parents still live in the house that I grew up in, I went to North Muskegon high school and still have tons of family and friends back there.”

"The Mel Robbins Show is not a show its an experience no two days are going to be the same you're not only going to learn things that you can put to use in your life immediately to change for the better you're gonna have a heck of a lot of fun hanging out," she said.

Robbins has spent the last decade coaching, elevating and motivation millions of people around the world.

"This is a show about real people it's not a show for celebrities it's a show for you and me," she said.

Robbins has been through it all. at just 41 she says her life was a mess. She was unemployed, facing bankruptcy, marriage spiraling and confidence shot, but she wanted to change.

"You may feel broken but you are not broken." she said.

Robbins is now on a mission to help women and mothers with their marriage and relationships, self-improvement, and making decisions.

"People are struggling, there is not a show on television that is focused on helping people with the challenges we are facing right now in 2019," she said.

We asked Robbins, what it was like growing up here and now making it big.

“The massive thunder storms that come rolling across Lake Michigan from Wisconsin, you know how it gets really cold and quiet and it feels like the devil’s about to come flying through and then the big dark clouds come rolling in and it’s still, and then boom! The hail starts. I remember those like it was yesterday," she said.

And if you are wondering what she misses most about West Michigan.

“Lake Michigan, the Great Lakes, the sand dunes. I also have to say I loved Woodland mall and Jacobson's. So I know, I don’t even know if Jacobson's is around anymore but I would literally beg my mother to drive us all the way from North Muskegon, Michigan to Jacobson's to just walk around I always felt so fancy when we were at that store in Grand Rapids."