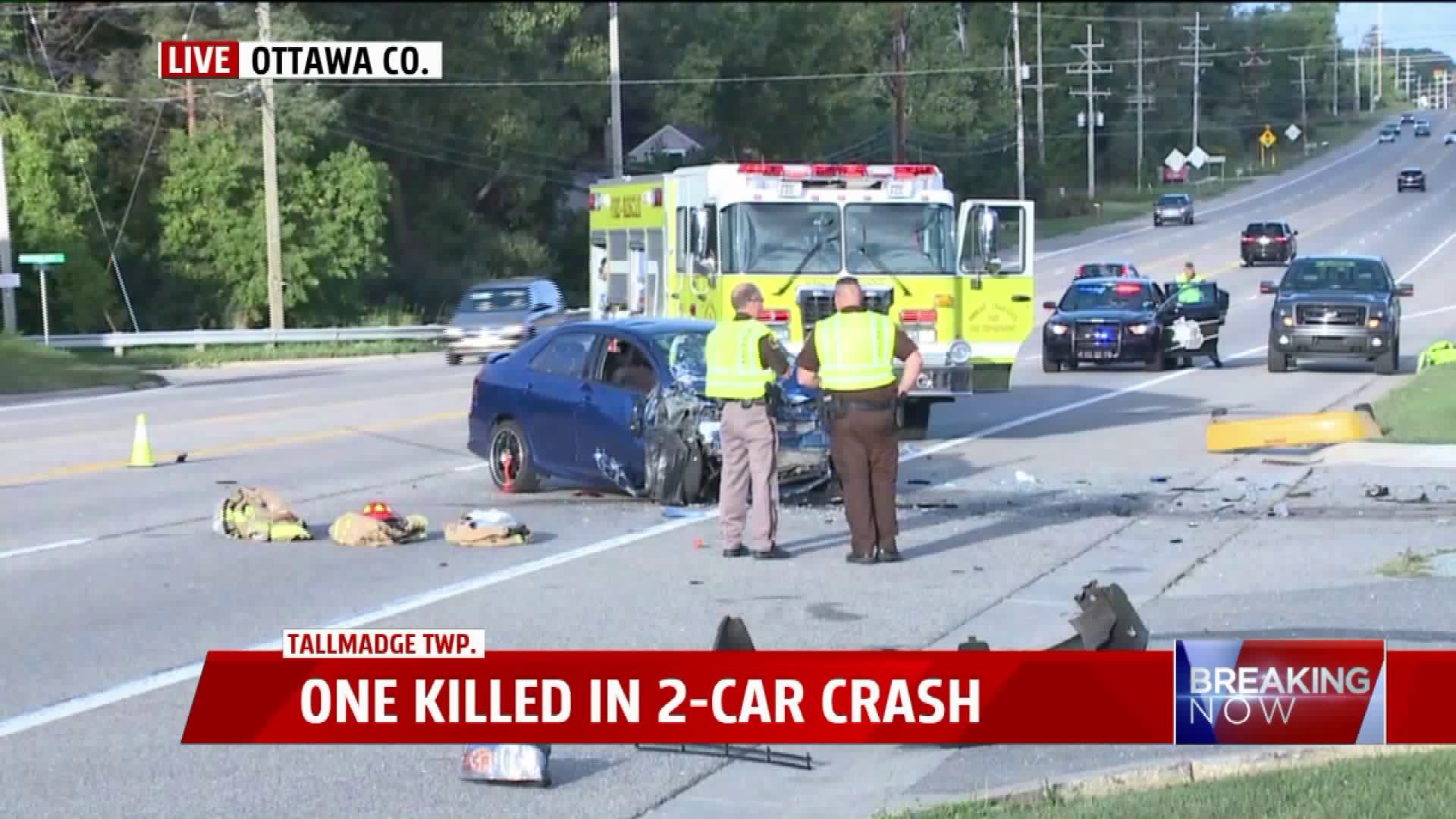 According to the sheriff's department, at 7:08 a.m. Saturday deputies were dispatched to Lake Michigan Drive near Thomas Street on a report of a two-car crash with injuries. The investigation showed that Rogelio Mireles, 35, of Grand Rapids was driving a 2004 Nissan Sentra eastbound on Lake Michigan Drive when he suddenly veered over the center line into oncoming traffic and was struck by a westbound 2009 Toyota Yaris driven by Michelle Weaver, 22, of Grand Rapids.

Weaver was injured and was transported to Spectrum Hospital where she was listed in serious condition.

Deputies said it is unknown at this time if speed, or alcohol were factors in the crash, which remains under investigation.

The roadway remained closed to traffic until shortly after 10 a.m. Saturday.