Thousands of pounds of litter pulled from Grand River 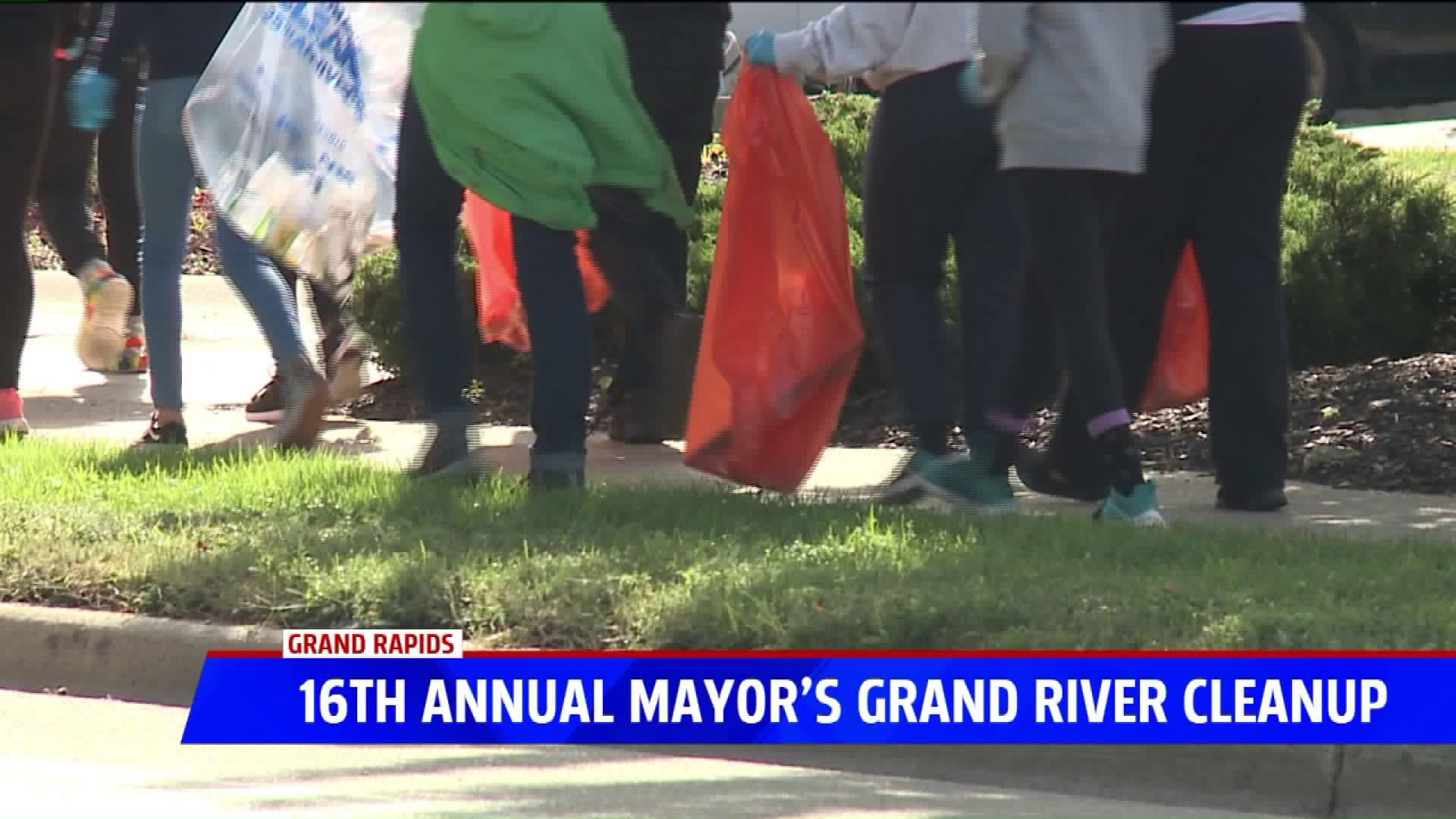 GRAND RAPIDS, Mich. — Over 1,000 people gave up their Saturday to take care of the Grand River during an annual event that collects tens of thousands of pounds of litter.

The 16th annual Mayor's Grand River Cleanup was put on by the West Michigan Environmental Action Council (WMEAC). The group estimates 20,000 pounds of litter were removed along 30 miles of the Grand River.

“It’s a great opportunity for the community to pitch in and help," WMEAC Executive Director Bill Wood said. “A couple years ago, we pulled 22,000 pounds of trash out of the river, so obviously it’s a job that needs to be done.”

Mayor Rosalynn Bliss of Grand Rapids, along with the mayors of Walker, Grandville, and Wyoming joined the more than 1,000 volunteers equipped with bags to collect garbage.

“I love being out here with so many residents who care deeply about our city and our river, who are willing to give up a Saturday to get dirty and clean up trash," Bliss said.

Over the years, organizers of the cleanup have noticed how so much of the litter gets into the river in the first place.

“A lot of the waste that ends up in the Grand River actually comes through catch basins on the edge of our streets and so we know that it’s really important to clean up those catch basins as well," Bliss said.

Most of the litter is plastic bottles but over the years, they have found some surprising items.

“I heard a pump organ or a player piano, or something along those lines," Wood said. "I know that we pulled a stove out one year as well.”

Volunteers also spent time separating the trash to make sure as much of it as possible was recycled.

After the cleanup, volunteers were welcomed to a celebration with live music, lunch and a beer garden.