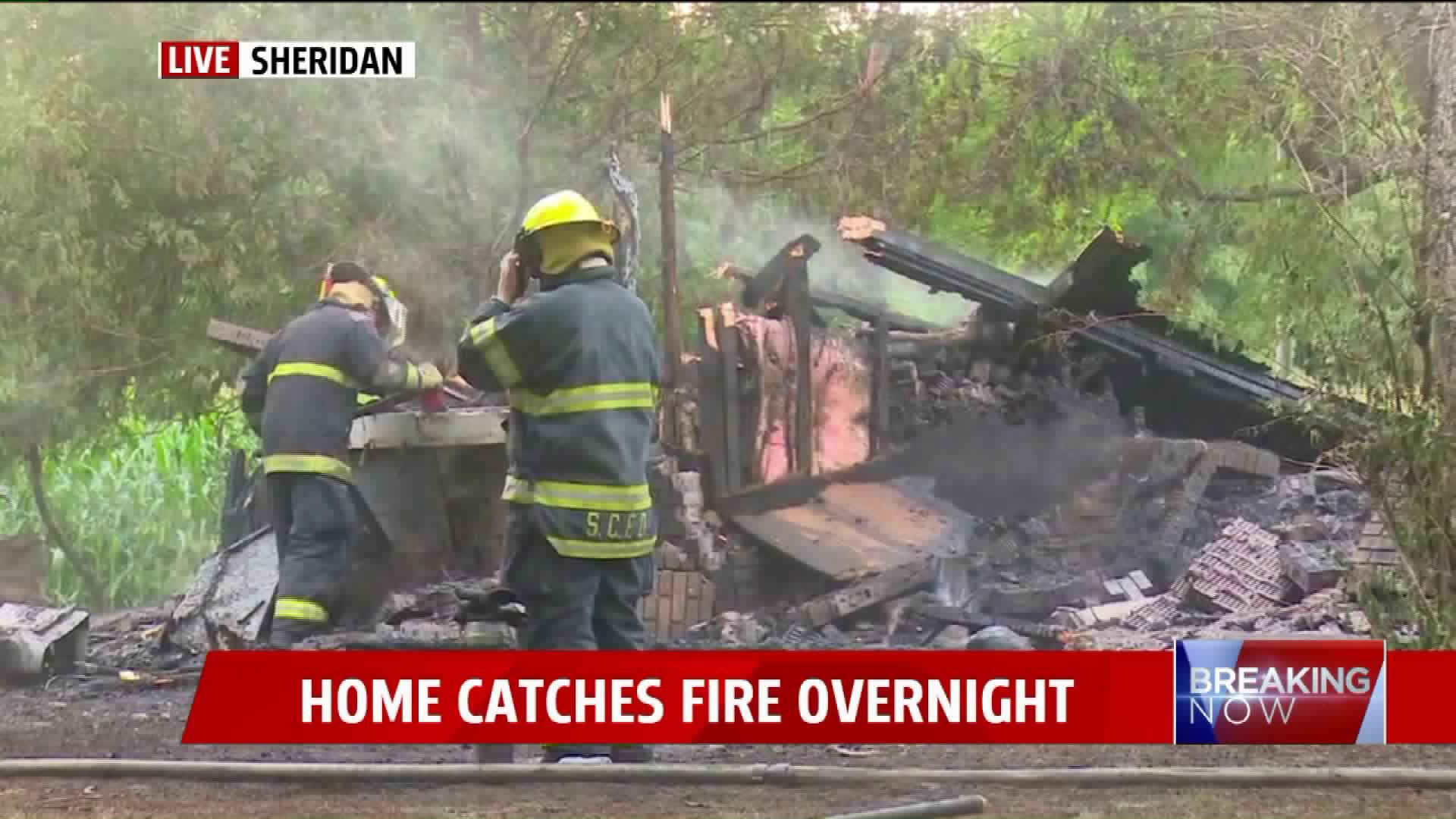 SHERIDAN, Mich. — Firefighters said a house had been on fire for several hours before they were notified about it Sunday morning.

Fire crews at the scene told FOX 17 they first received a call from a someone passing by just before 6 a.m. for a fully engulfed home on E Sessions Road between Stevenson and Townhall roads.

Officials did not believe the owners were at the home at the time and said no one was hurt.

Investigators had not determined what started the blaze but said it was still being investigated.