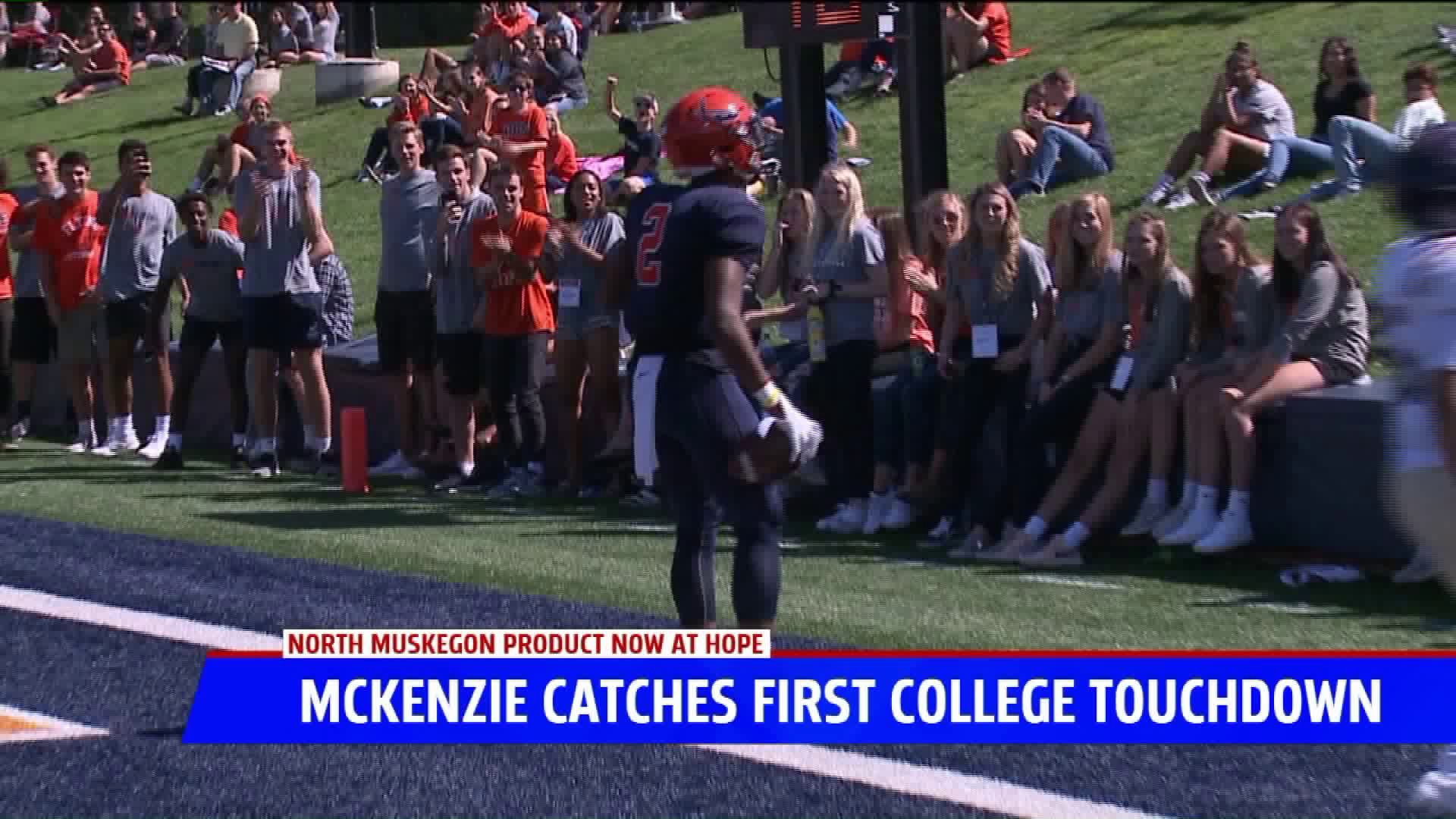 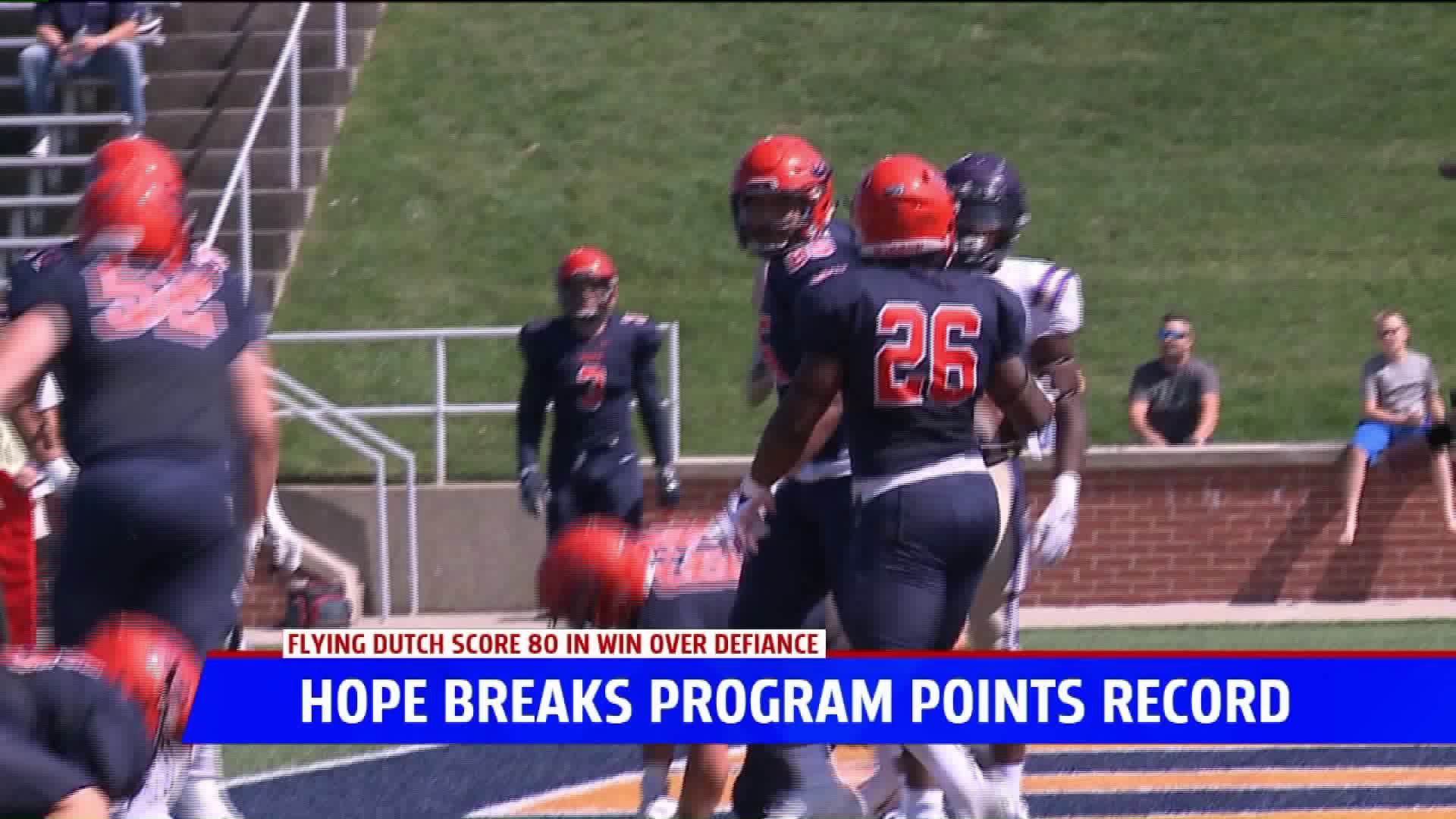 HOLLAND, Mich. -- The Hope football team had no problem putting up points on Saturday afternoon against Defiance College as the Dutch cruised to an 80-6 victory. Peter Stuursma's group recorded 472 yards of total offense behind a big outing from quarterback Mason Opple who threw for five touchdowns while runningback Kenyea Houston added 85 yards on the ground and two touchdowns. The 80 points is the most in a game for Hope since the 1919 team put up 71 in a win over Ferris Institute (now Ferris State University).

"It's neat, of course we don't talk about records very much but they gave us a couple of short fields right there," head coach Peter Stuursma said.

The Flying Dutch were also able to get second and third string players in the game as well.

"It's really cool," quarterback Mason Opple added, "we've gotten close a couple of times but to get there, it was just a total team effort, we scored on defense, our special teams put us in a good position to score, it was a good team win, everybody fed off of each other."

"It's pretty special," McKenzie said, "to top it all off, I had a rough week personally and all my teammates just welcomed me enough to score a touchdown, it's just been great. That's the dream I had every night, just catching my first college touchdown pass."