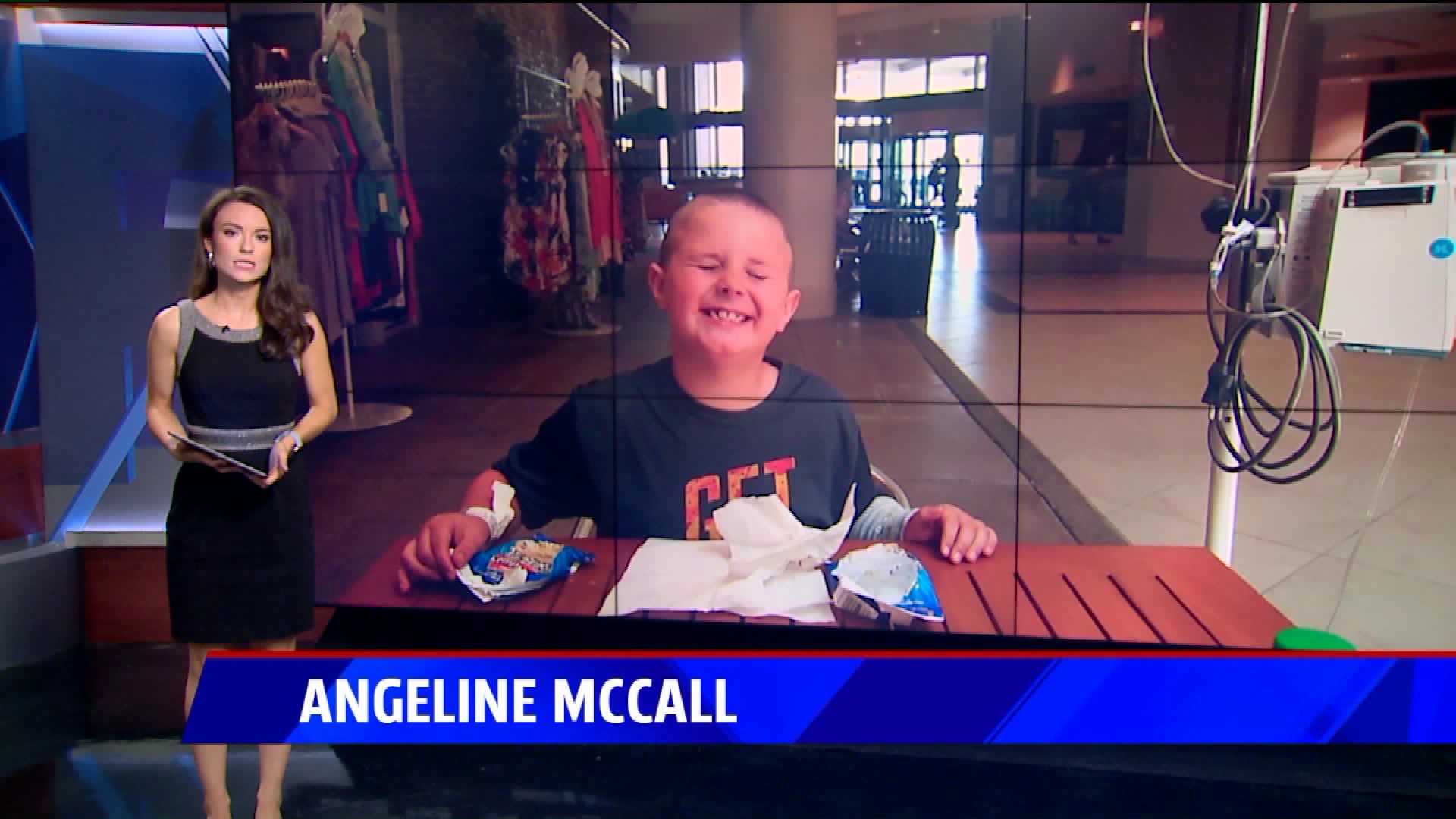 MIDDLEVILLE, Mich. — A little boy from Middleville can no longer receive the treatments he desperately needs for his medical condition, in part because people aren't donating enough plasma.

Eight-year-old Denver Root began receiving intravenous immunoglobulin, also known as IVIG. The treatment is made up of antibodies found in plasma. For one treatment for Denver, his mother was told by doctors it takes 1,000 people to donate.

He began receiving IVIG for his condition known as PANS, which stands for pediatric acute-onset neuropsychiatric syndrome.

"Basically what happens is that the child has an infection and the body goes to fight it like it normally would," said his mom, Michelle Root. "When the infection is gone, it doesn’t realize that. So it has a misdirected response and views the healthy cells in the body as an enemy so it attacks the body and specifically in PANS, it goes through the blood brain barrier and impacts the brain."

The condition is usually triggered by some type of infection, which in turn cases an inflammation of the brain.

In Denver's case, he has suffered from full body muscle ticks, movement disorders and hallucinations. At his worst, Denver has been unable to recognize family members. Other symptoms associated with P.AN.S. includes: eating disorders, sleep disturbances, OCD and anxiety.

Two years ago, Denver started receiving IVIG treatments at a hospital near Detroit. Every four weeks, his family would make the trip to the hospital from his home in Middleville. Typically, Denver would spend two nights hooked up to an IV drip to receive his treatments.

"It was very drastic," said Root, who noticed a difference in her son after three treatments. "It was completely life altering. Since the IVIG, he has improved immensely."

In August, the family learned Denver's future IVIG treatments would be canceled because of a current and ongoing IVIG shortage for certain products. The FDA recently published a message on their website stating an increase in demand has resulted in the shortage.

Root now fears her son will have to revert to using dozens of medications to monitor and control his condition. Before receiving IVIG, Denver would take around 90 pills per week.

"There is not a more hopeless feeling as a parent than to watch your kid essentially be a shell of their former self, suffering daily," said Root, who worries her son will lose the progress he's made over the course of the past couple of years.

FOX 17 reached out to one large manufacturer of IVIG, also referred to as IG,  named Takeda.  In a statement, the company said they are seeing more people in need of treatments like this in the United states, saying in part:

"This increase in demand, combined with the length of time it takes to produce plasma-derived products (7-12 months), including IG, has led to a very tight supply and, in some cases supply interruptions for certain products across the U.S. market."

If you would like to donate plasma, donors must typically be 18 years old and weigh at least 110 pounds. You can learn more about how and where you can donate plasma here .