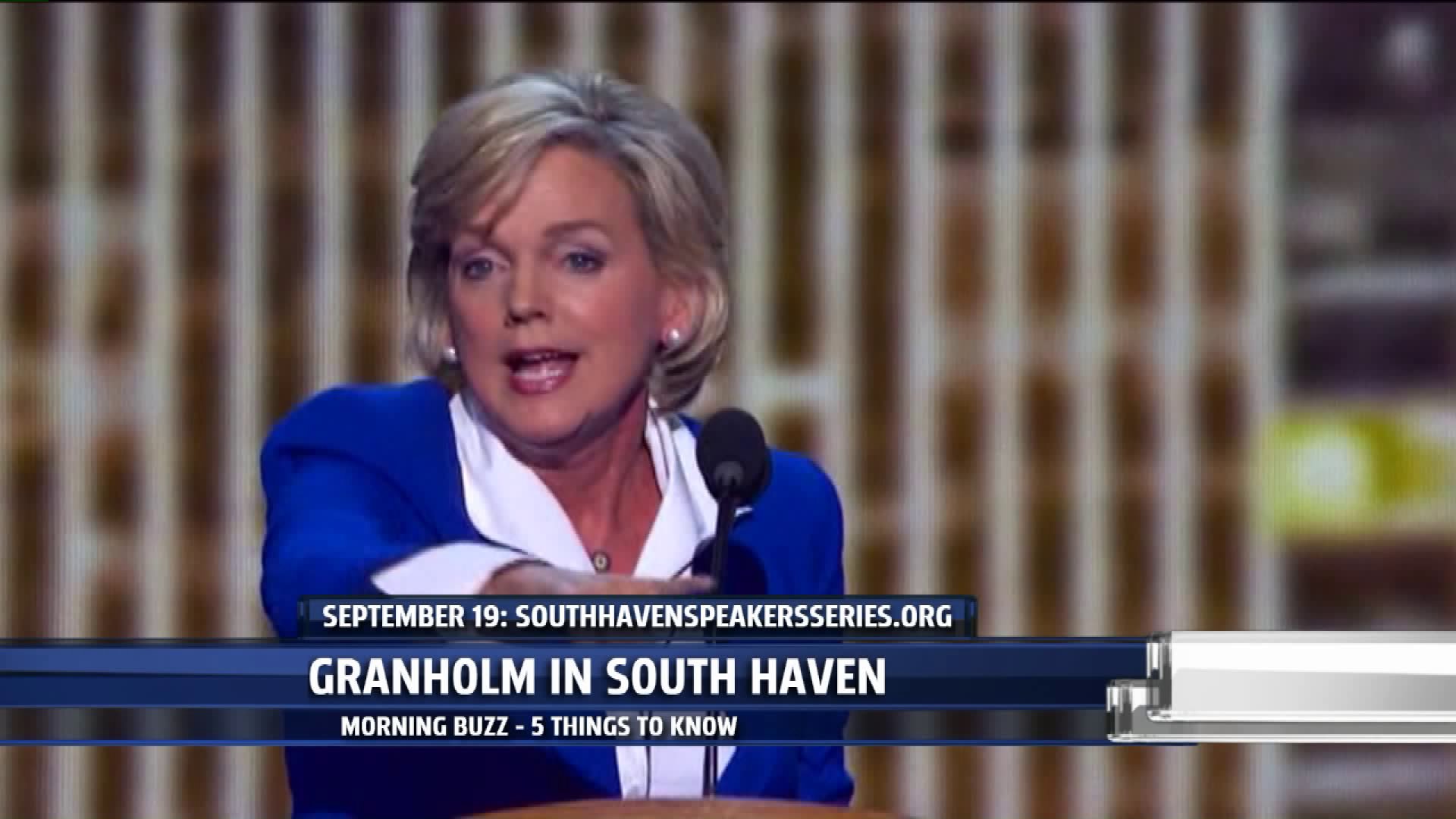 1. Are your kids buckled in properly? The Michigan Office of Highway Safety Planning is reminding parents how important it is to keep kids safe when driving during Child Passenger Safety Awareness Week.

The initiative is aiming to make sure car seats are checked by a certified Child Passenger Safety technician. Officials say nearly half of car seats are either misused or not installed properly, resulting in severe injuries and deaths during an accident.

A child should ride in a rear-facing car seat from birth until age 2, or when they reach the upper weight or height limit for the car seat.

After that, a booster seat should then be used until a child is at least 4 feet 9 inches tall.

Grandholm is set to speak as part of the Speaker Series of South Haven at 7:30 p.m. on Thursday at South Haven High School.

She will discuss the "Top Trends Affecting Michigan" during a presentation in the school's auditorium.

Admission is $10, though students, teachers, and clergy members can attend for free.

Head to SouthHavenSpeakersSeries.org for information and tickets.

3. Fans were lined up out the doors of Ulta in Grand Rapids to meet with popular makeup artist and model, Jeffree Star.

Star was there to advertise his latest collection of pallets, brushes, and lip kits, which is a collaboration with the brush brand, Morphe.

The YouTube tutorialist is actually a resident of Grand Rapids. He and his boyfriend own a home in the area and split their time between Michigan and Los Angeles.

Play-Doh inventor, Joe McVicker of Cincinnati, sold it initially as a wallpaper cleaner. Once those sales dwindled, McVicker began testing the cleaner as a modeling clay in classrooms and daycares.

At first, white was the only color offered, but soon, red, blue, and yellow followed. In 1998, the Toy Hall of Fame inducted Play-Doh into its Hallowed Halls.

5. Spirit Airlines is giving all of its flyers an upgrade, with more legroom and comfier seats.

Seats in the cabin have been replaced with pre-reclined black and yellow seats with a thicker cushion, and an extra inch of width for the middle seat.

Guests can also experience flying in Spirit's front seats for a higher ticket price, with memory foam cushions and headrests.