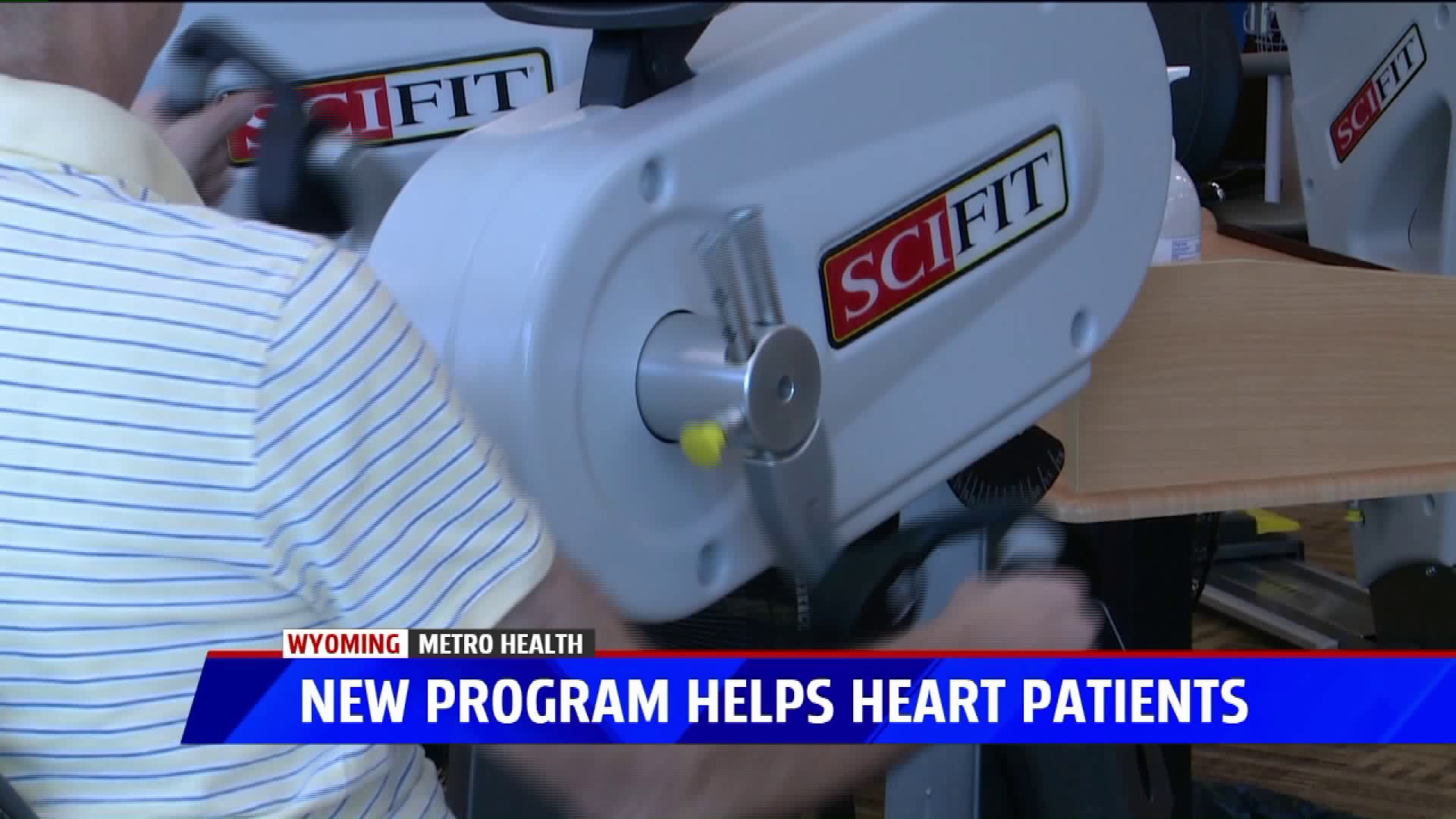 WYOMING, Mich. -- Heart disease remains the leading cause of death for both men and women in the United States and now a West Michigan hospital is now home to a new cardiac program that helps people with heart disease recover while increasing their life expectancy up to five years.

One patient we spoke to, Paul Sialauskas, says he has been in the program after recently having a heart attack.

"I was having a lot of burning sensation in my chest and stuff and I put it off, put it off because none of the normal signs were there but it kept getting worse and worse and I finally came in and by the time I got here it was real bad," Sialauskas said.

Sialauskas is still recovering from a heart attack and is now patient in the new Pritikin© Intensive Cardiac Rehab and Metro Health – University of Michigan Health is the only hospital in West Michigan and second in the state to offer it.

"You really stop and think what did I do wrong you know. It seemed like I was eating well. I thought I was. But apparently I was eating too much fast food. Too much grease. Too much sodium. And just plugged up my arteries," he said. "The program has been great.

"I always tell patients this (stents) is not a cure. This is a band-aid. The cure for your disease process is to do the hard work," said program director Dr. Barbara Karenko, one of the cardiologists in the new lab.

"Regular cardiac rehab really focuses mostly on improving cardiovascular fitness through supervised exercise maybe a little bit of education.  We wanted to treat the entire individual recognizing that a person is made up not only of their physical being, but also their mental health is very important.  And Pritikin treats not only the spiritual well being but also your physical well being and then we give people 32 educational sessions on healthy living, including hands on cooking classes.  So it gives them real life skills that they need to really promote cardiovascular health," she said.

As a graduate Ric Parent has seen the light and seen the pounds fall off.

"I thought I was making some good choices, and maybe those choices were good, but my day to day eating habits were terrible.  Just before this whole thing started I think I weighed 257.  The other day I got on the scale and I was 195," Parent said.

The program has a gym staffed by nurses monitoring every person’s heart to make sure everyone is safely pushing themselves.

"I was scared to push myself for fear of something happening.  Then I started to think, I’ve got all these trained professionals around, I’ve got the hospital right next door, I’m going for it," he said.

"We promote a healthy lifestyle, and low-sodium low fat eating, patients naturally lose weight, Dr. Karenko said.  "Because they are getting in the good healthy nutrients as opposed to the calorie laden foods that Americans like to eat."

"The cure for your disease process is to do the hard work.  To eat healthy, to get exercise to quit smoking, to get different things like your blood pressure, your cholesterol, your diabetes under control.  That is what is going to prevent this from occurring again," she said.

Metro Health says many of the patients that enroll in the program often become good friends and a few romances have actually blossomed during and after the program.