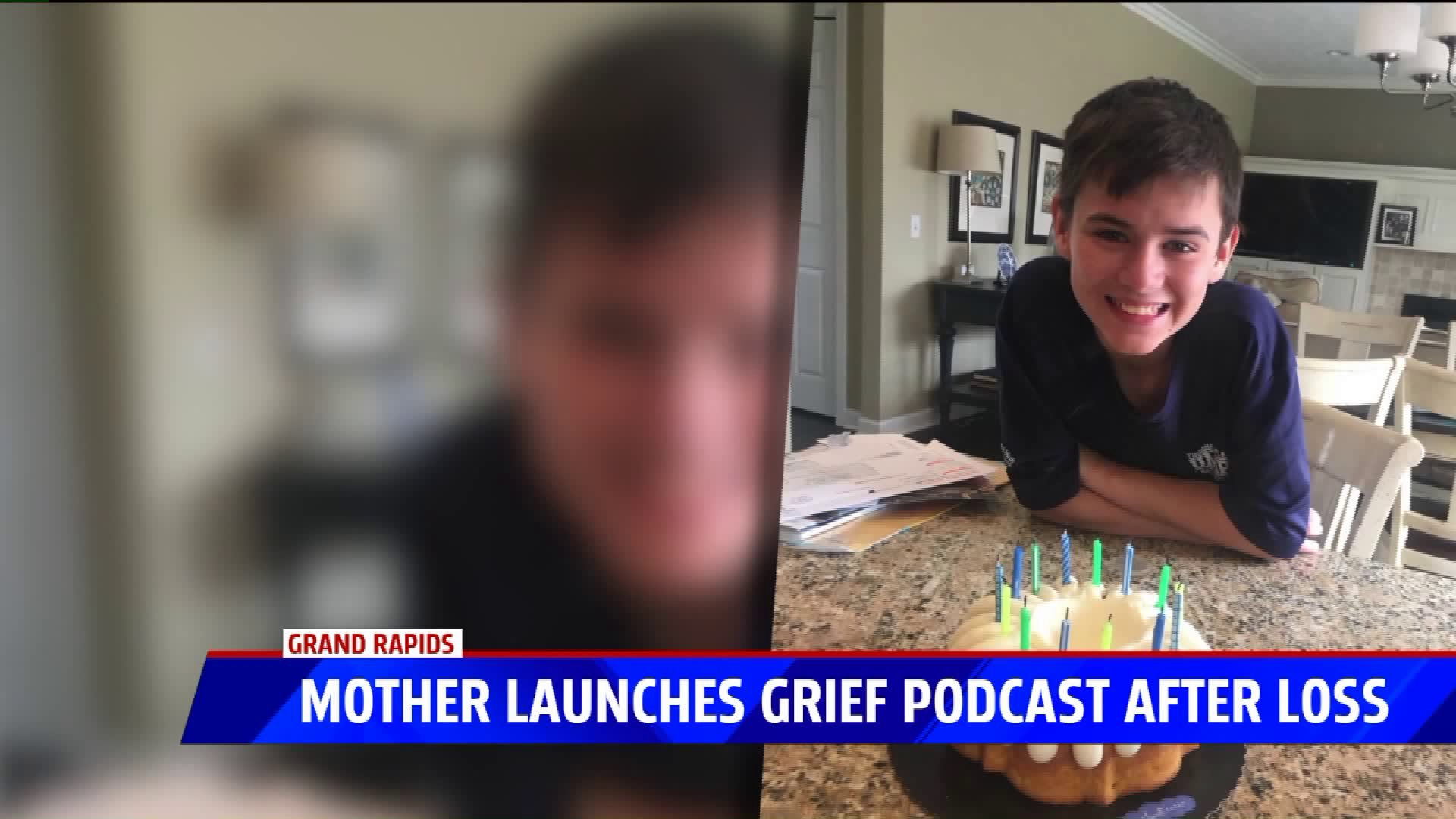 GRAND RAPIDS, Mich. -- A pediatrician and mother has started a podcast on dealing with the loss of a child after her own son was killed in a crash last year.

Fourteen-year-old Andy Larson died after his family's van was hit from behind by another vehicle on US-131 in August 2018. The family was on their way to a West Michigan Whitecaps game.

For Andy's mom, Dr. Marcy Larson, the grief over his loss would become all-consuming. She spent months unable to go about her daily life. She had to step away from her work as a Pediatrician at Forest Hills Pediatrics. "It just had been too difficult for me. I tried to (go back) for awhile but it was just tough seeing kids, she said.

Friends with good intentions had tried in different ways to help her heal. She says she received several books about dealing with the loss of a child, but that actually reading those seemed impossible at the time.

"But maybe six months later, I started reading those books. Then I thought maybe I should join the 21st century here and listen to a podcast on parental grief, because there's a podcast on everything, right?"

But she nor her husband Eric could find a podcast on the topic.

"And I thought, 'I think maybe I'm meant to start one,' which is so bizarre to me because I’m not tech savvy at all, I kinda avoid that, but yet, I really felt this calling that I was supposed to do it," she said.

So Larson spent the next few months working on the project, interviewing others who had dealt with the death of a child.  For her first episode, she spoke with her husband.

During the episode, her husband says, "The one emotion I never thought I would experience was fear, and there is so much of it. The fear of always feeling this way, of never having the same relationship with your wife or with your kids. Your kids never being okay, that they won’t recover.”

The couple speaks openly about their son and the feelings they dealt with after he died.

The episodes also focus on methods of healing.

"Everyone's story is different. That's why I want to talk to different people and get those different perspectives," she said.

She will also bring on different experts in the field of grief management to talk and share different healing methods that have worked for different kinds of people.

"Those early days, you were just numb and any memory of him would bring tears and sorrow. Now there are times when I can think of him and smile," she says.

She hopes the podcast will help not just her, but others out in the world finding themselves in a similar tragic situation.

The first three episodes of "Losing a Child - Always Andy's Mom" were released today. They are available here and on all podcast streaming platforms.

Larson said, “It feels so good to talk about Andy and it feels really good for me to have somewhere to put my grief. Because it can be so overwhelming and encompass every bit of your life.”