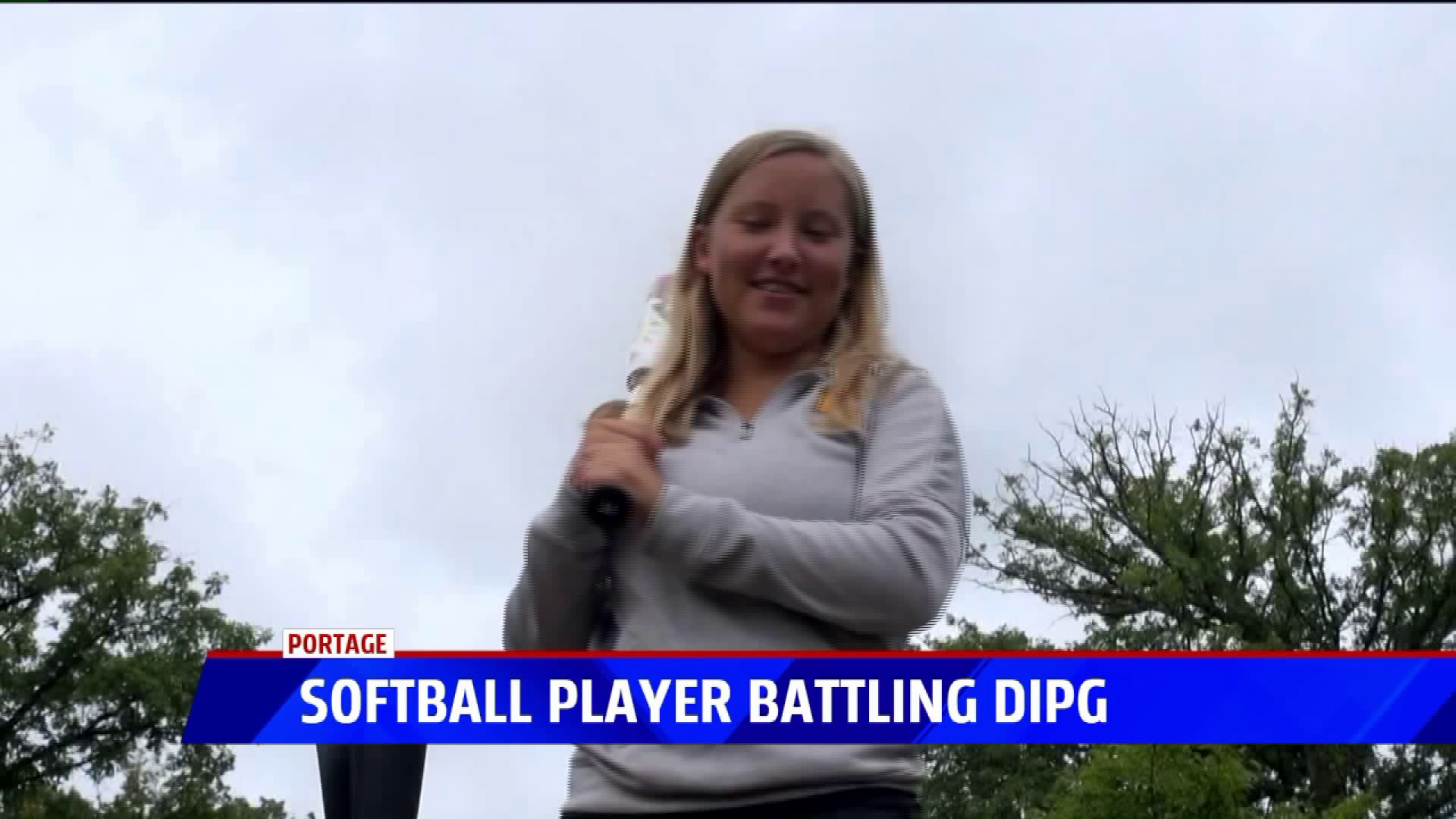 PORTAGE, Mich. — More than sitting in class and taking drivers education this school year, 15-year-old Sophie Varney is excited to return to the field, she said. She loves softball and has been playing it since she was a kid.

“I been playing it for a while and I was super excited for high school ball,” said Sophie, who’s a sophomore at Portage Central High School. “I just love like the team camaraderie and being a part of a team.”

She’s a second baseman for the mustangs and a shortstop on a traveling team in Grand Rapids. Her mom Kim Varney has been on benches cheering her on every step of the way.

“We’re just so happy to be here right now,” Kim Varney said. “It’s hard not to be excited about it and it’s hard not to kind of rally behind her and take everyday as a gift because it is.”

That’s the mantra lately in the Varney household: take every day as a gift. It’s been their mantra since Sophie was diagnosed with Diffuse Intrinsic Pontine Glioma, or DIPG, in December 2018.

“When you start googling DIPG it is devastating. There really isn’t a lot of hope affiliated with that particular diagnosis,” Kim Varney said. “So I think the first two weeks were horrible and we really grieved for a long time.”

“When her travel coach saw her tilting her head a little bit to overcompensate the double vision led us to the early diagnosis,” Kim Varney said. “The tumor was small.”

After getting the diagnosis four days before Christmas, the family was crushed. However they decided to fight and soldier on.

“It was really hard because like you hear people getting diagnosed but you never really think it can happen to you,” Sophie said.

She underwent radiation for six weeks at the University of Michigan in Ann Arbor. They’d drive everyday after school around 2 p.m. to the hospital and then after treatment, drove back home to Portage.

“She’s on an experimental drug that has shown promise,” Kim Varney said. “I feel like every month that she still feels good means that maybe it’s working. So I mean it’s really hard to go from pure devastation to hope.”

But, the Varneys are hopeful. Kim said the tumor "shrank a little bit" and then it remained stable. It didn’t show any signs of growth either during an MRI. So, Sophie was cleared to play a week before her high school softball tryouts in March.

“I was really glad they like cleared me to play because I wanted to keep doing my normal activities,” Sophie said.

She tried out for the team and made it. In May, her teammates dedicated a game to her calling it Sophie Strong. Sophie was touched, she said.

And, so was her mom.

“There’s a 12-year-old local Maroons team that only wore their Sophie Strong jerseys everyday during their World Series,” Kim Varney said. “I mean it’s an amazing journey that we’re on and and as devastating as it is, I’m happy to be standing beside her and fighting.”

Sophie said she’s happy too. Every nine weeks she goes to the hospital for an MRI and the last few appointments have shown that the tumor is stable.

However, Sophie is focused on softball. And she hopes her journey inspires others to keep doing what they love during their toughest trials.

“Seize the moment,” Sophie said. “I mean if you have the chance to play, you should play as much as you can like while you’re, while I’m still healthy.”