Williams matures into a senior leader for the Grand Valley defense 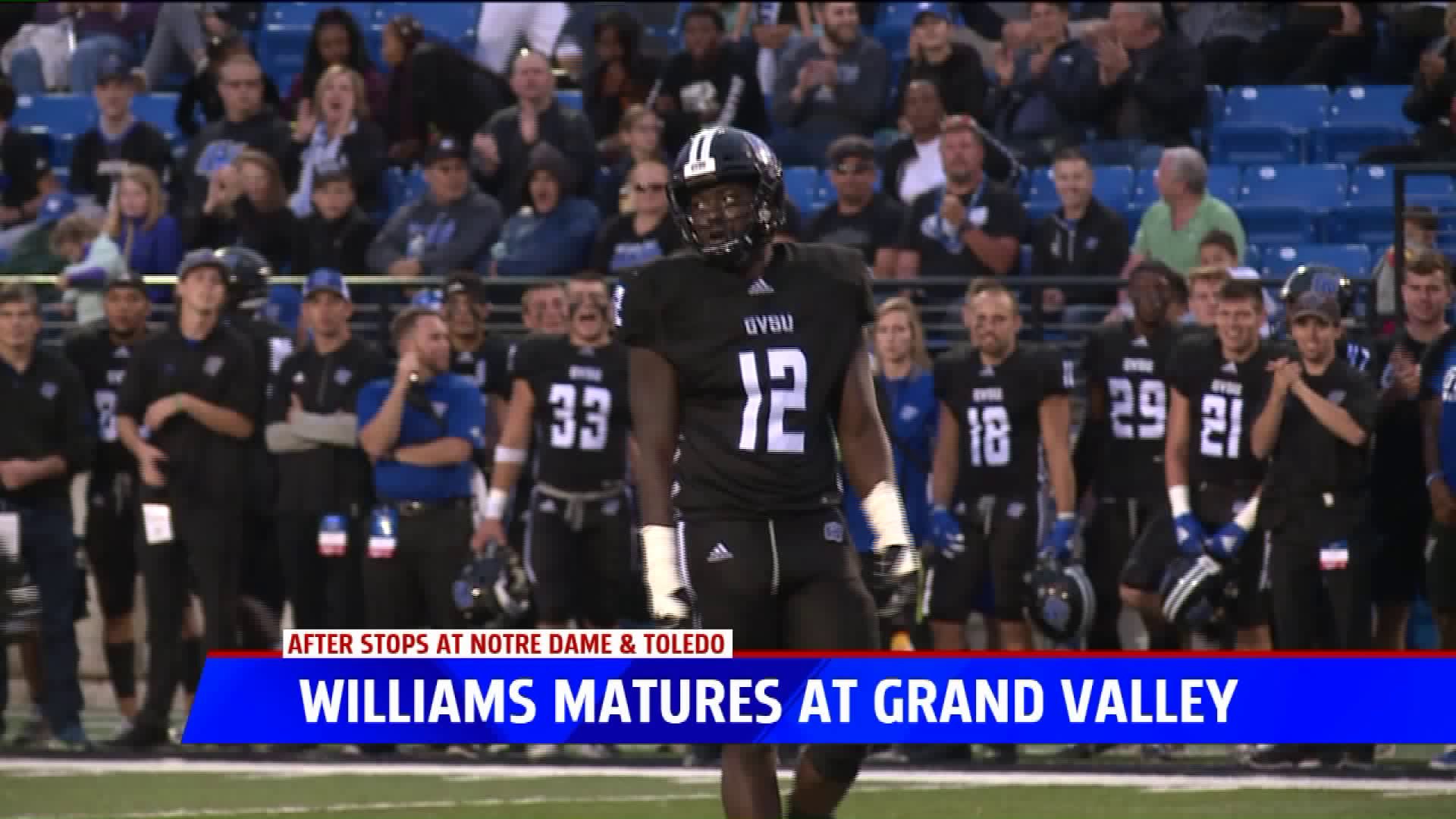 ALLENDALE, Mich. -- Johnathon Williams was a standout at Berrien Springs High School. At six feet, five inches tall, Williams was one of the top defensive end recruits in the entire country and chose to sign with Notre Dame over several other FBS offers. However, after two seasons he transferred to Toledo, where he didn't see much of the field and ran into trouble.

"I made some immature decisions," Williams admitted, "some bad off-the-field decisions, some character issues, and some things that I needed to correct within myself personally, not so much at Notre Dame but at Toledo."

Now, Williams is in his third and final season at Grand Valley, a place where he has grown, both on and off of the field.

"I mean it's been a journey. It's a blessing to play college football," Williams said on the opportunity Grand Valley gave him. "Any and every opportunity you get is worthwhile and worth taking a shot at. It's been a blessing, especially these last three years at Grand Valley. (I) feel like I've learned a lot and matured."

Lakers head coach Matt Mitchell took a chance on Williams in 2017 and has watched him turn the corner, both as a player and a person.

Williams admits his previous mistakes and immature decisions but says it all has helped him mature, turning him into who he is today.

"Every time you fail, you get back up," Williams added. "You should pat yourself on the back, not because of the mistakes you made and the things you did wrong but just the progress of lifting yourself up and trying to advance in life. Truth be told, everyone is going to make mistakes. You may not be in the spotlight where someone catches your mistakes, but everyone does make mistakes."

From the bright lights and spotlight of playing for Notre Dame to the Division II level and Grand Valley, Williams has seen it all but says the GLIAC is no different from the other levels.

As for teammates and opponents focusing on Williams because of his recruiting stars and previous stops, he doesn't think of it at all. "Everybody here has a target on their back, because we're Grand Valley State. Everybody wants to beat us," Willams said on playing at Grand Valley.

Williams is a part of a veteran defensive line for Coach Mitchell that allowed just 13 rushing yards in the season opener, and expectations continue to rise.

"It's going to have to carry us," Mitchell said on the Lakers defensive line. "We're growing, but those guys know what to do and Johnathon is one of those guys leading the way and leading the charge."

A lot has changed over the past few years for Williams, but one thing that won't is his outlook on the future.