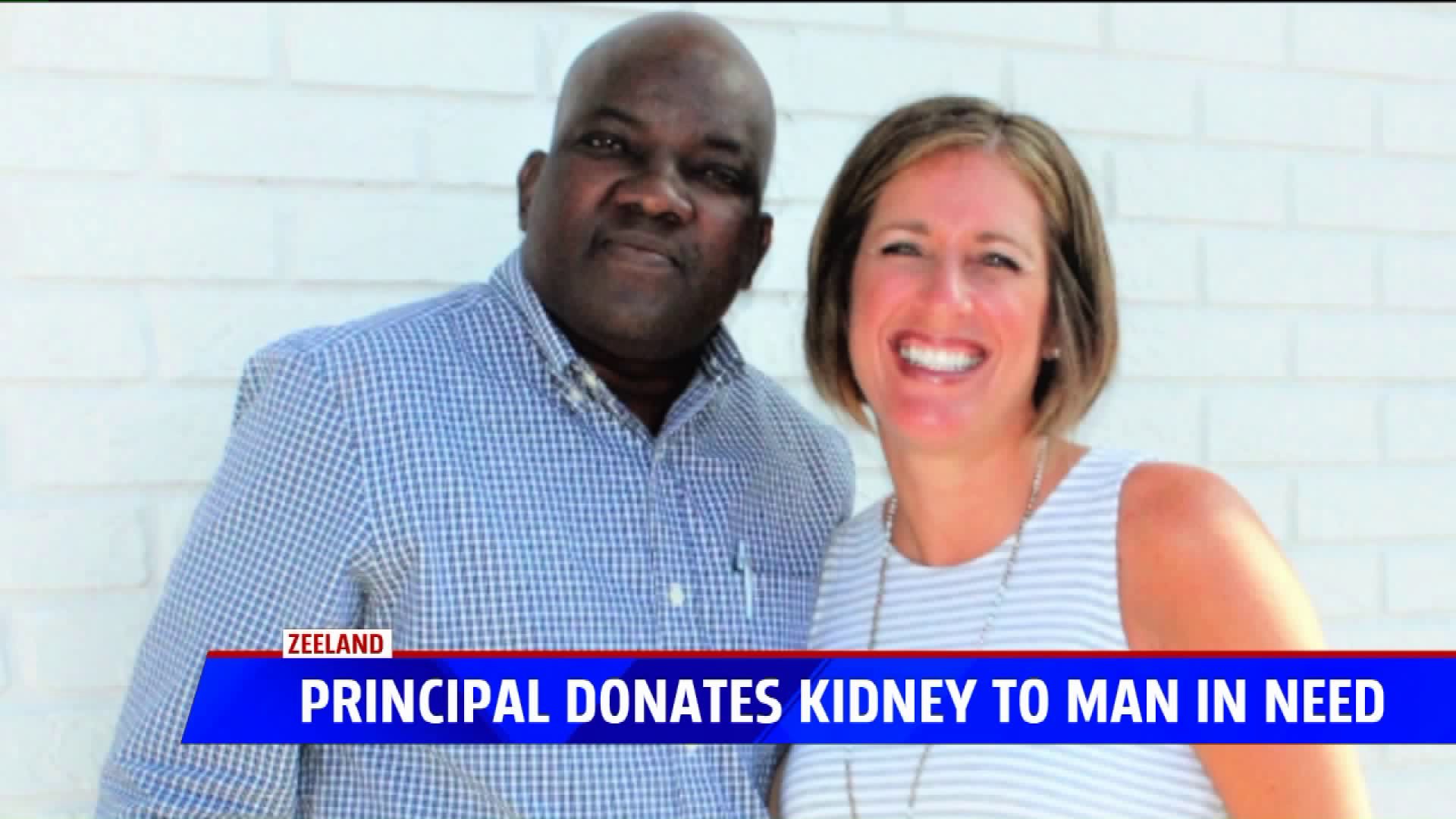 ZEELAND, Mich. — A selfless kidney donor is serving as an example for students in one community.

Laurie Poll is the principal of New Groningen Elementary in Zeeland and for the last 12 years, she has been doing mission work in Haiti and eventually became friends with the director of the school in Haiti.

Poll later found out he needed a kidney and soon learned she was a match. So, Laurie decided to help give her friend the gift of life by donating one of her kidney's to him.

"It`s just been such a blessing and I just pray that I can show my kids. We talk about impacting others here in a positive way because we believe that is as important as do you know the multiplication facts do you know how to read and write, you need to know how to serve others in this world," Poll said.

Poll is back to work after surgery and hopes to bring Joseph to Michigan to visit with her church next year.  Poll also plans on going back to Haiti next summer.