Another EEE death in West Michigan 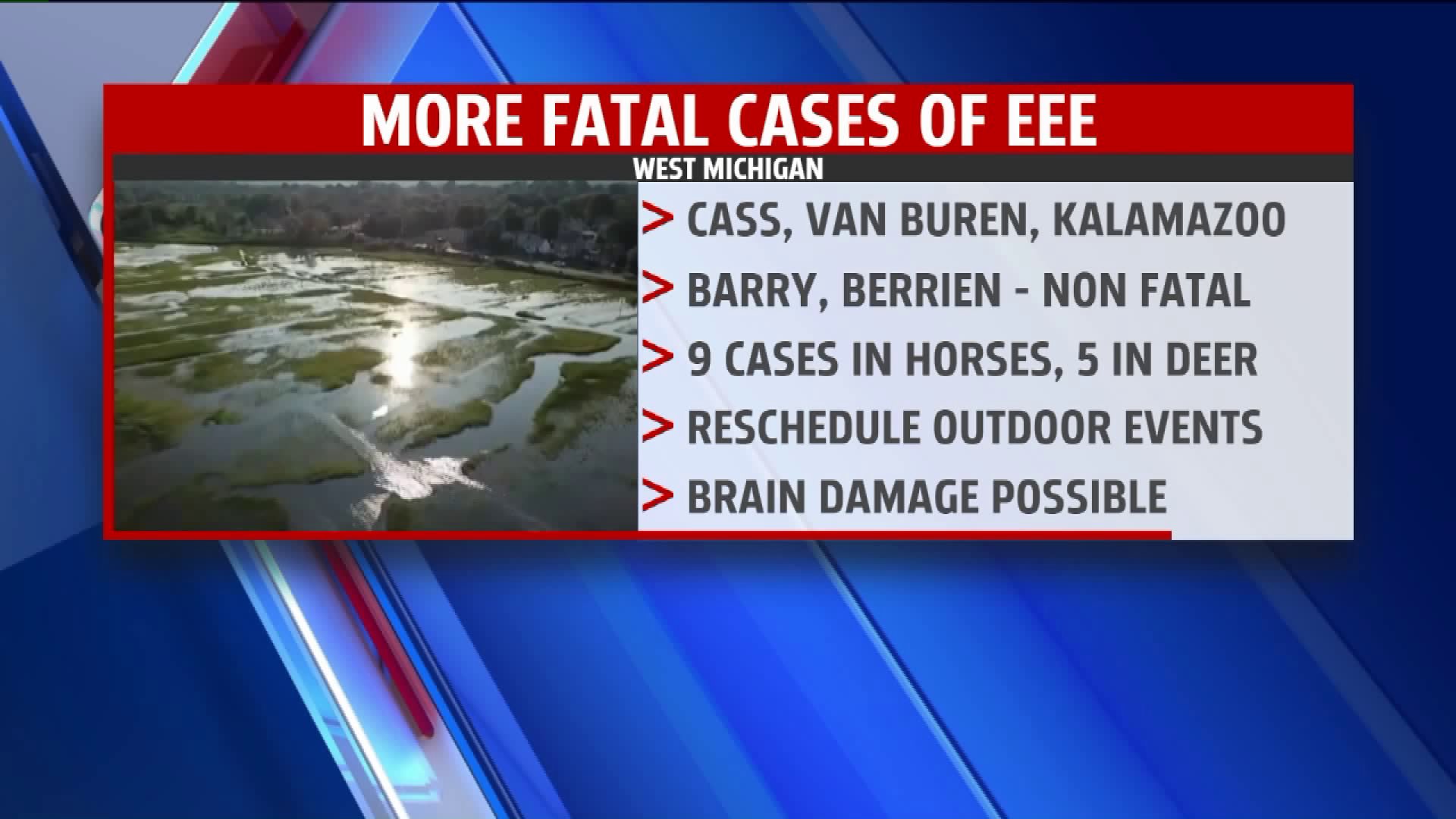 GRAND RAPIDS, Mich. – Three people have died across West Michigan to the rare Eastern Equine Encephalitis, or EEE, a mosquito-borne illness that’s becoming an increasing danger in the state.

Of the three cases in Kalamazoo County, one turned fatal. Cass and Van Buren counties also had a fatal case each, and non-fatal human cases popped up in Barry and Berrien counties.

In light of the new cases, the state health department is urging those counties to postpone or cancel outdoor events after dusk until the year’s first hard frost, especially events for kids or the elderly, who have the highest risk of contracting EEE.

“We trust local communities to make their own decision on this,” said Bob Wheaton, a spokesman with Michigan DHHS. “As a public health agency, we want to provide them with as much information as we can, the best information that we can.”

There have also been nine cases of EEE in horses across the state, and five cases in Michigan deer. There’s a vaccine for animals, but none for humans.

Watch for early signs like fever, chills, body and joint aches, and more advanced signs such as headache, disorientation, tremors, seizures, or paralysis.

The last time Michigan saw this many cases was 2002, when six human cases were found.