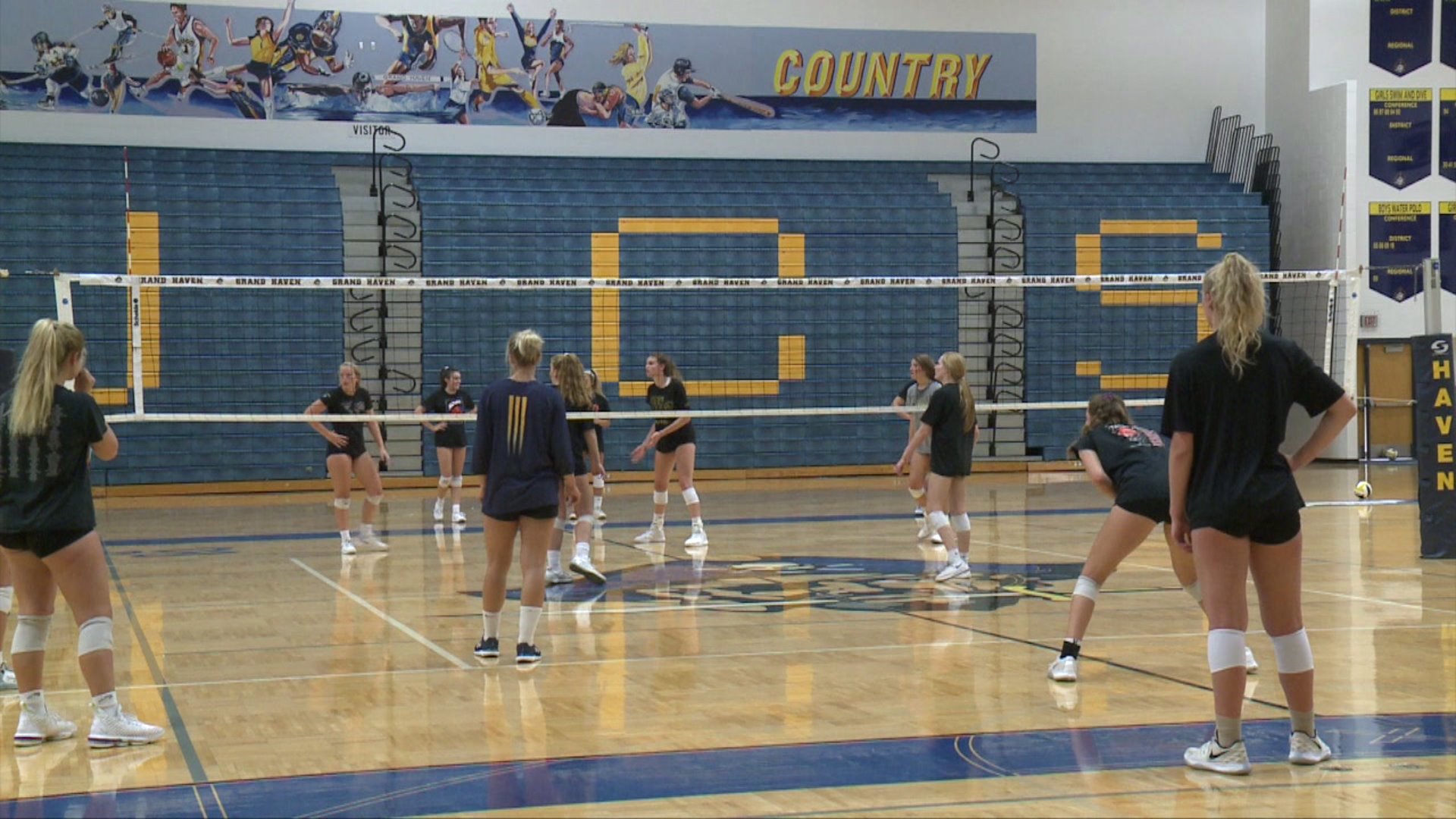 GRAND HAVEN, Mich. -- In a post that's been shared hundreds of times over, Grand Haven volleyball dads are turning heads with their version of their daughter's team photo.

The photo was the bright idea of Lexie Kallio's father.

“My dad, he and another dad, decided to get all the dads together and put our jerseys on and take a picture,” Lexie Kallio said.

He got the other dads to join in and the rest is history.

“We stole our kids jerseys on Saturday, and showed up on the beach on Sunday morning,” volleyball dad Roger Swierbut said.

The dads recreated the photo exactly. That meant going into an ice-cold Lake Michigan.

The varsity coach had a feeling the dads had something up their sleeve, but when he saw the picture, it was better than they could have imagined. The fathers even used the same photographer that shot the daughter's photo.

“It was just hilarious. The dads lined up with where the girls were,” head volleyball coach Aaron Smaka said.

For these fathers, it's just another way to show their daughters how much they care.

“It’s a fabulous group of girls and a great group of parents. So it’s a lot of fun,” volleyball dad Dave Whittaker said.

“They’re always cheering everybody on. They’re just the best dads ever,” Lexie said.