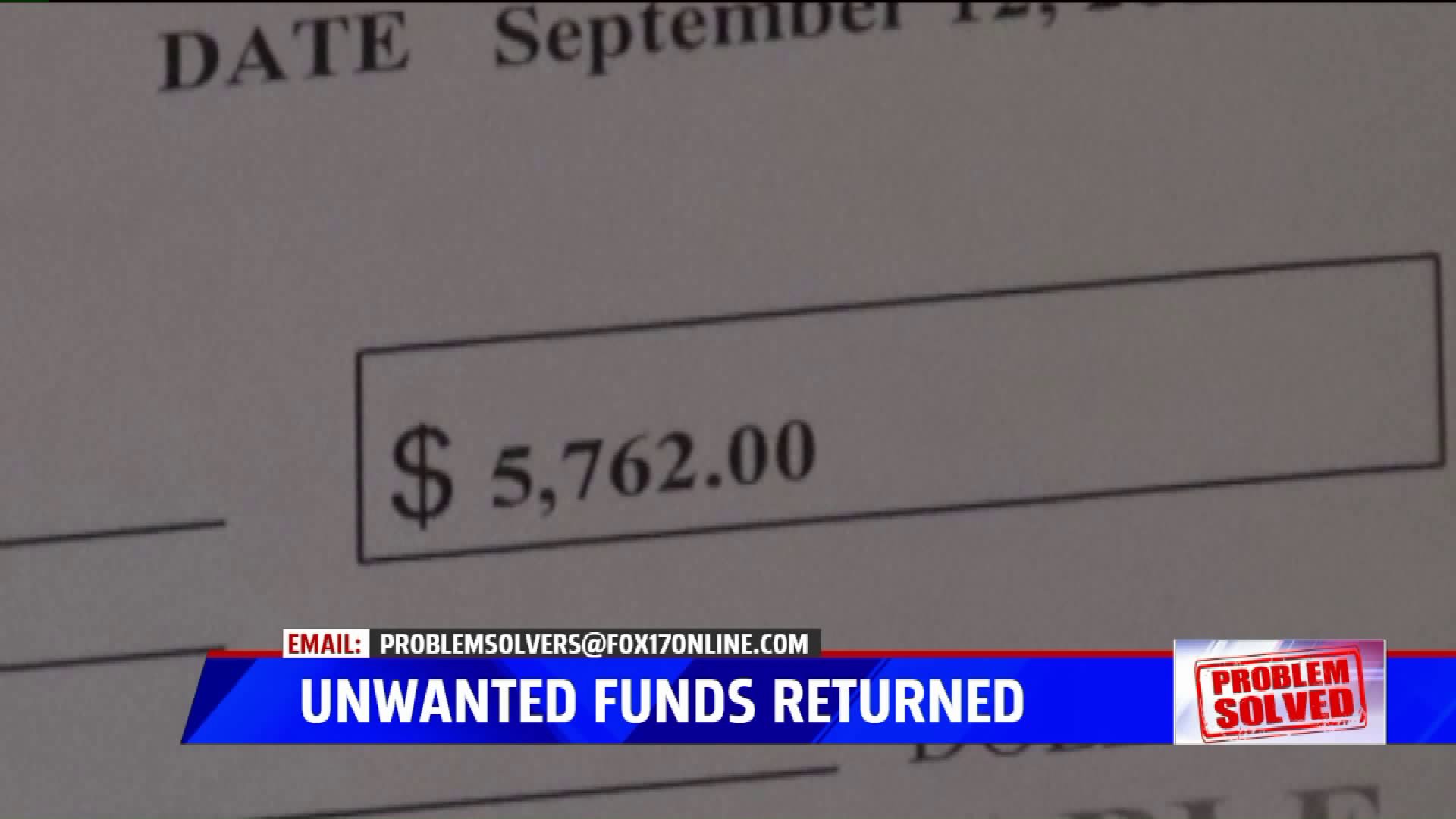 She says she received deposits of more than $1,100 for months that didn't belong to her. She tried returning the money and stop the deposits with no success, until now.

"Who would think it would be so difficult to give away money?" Warner asked.

That money belongs to the Veterans Administration. As Warner explained to the Problem Solvers in early September, her mother received survivor's benefits because her father was in the Korean War.

However, when her mother died in March 2019 the monthly deposits kept coming.

On Sept. 6, Warner said, "I have tried to contact the VA to stop it, and I've gotten nowhere. I've called them numerous times. I've talked to two supervisors."

In August, the VA sent a letter to Warner claiming the benefits ended in March when her mother died. But the balance in her joint checking account stated otherwise.

"And they also apologized for the mistake that they made," she said.

No deposit has come for September, and now the $5,762 overpayment has a designated place to go —the VA regional office in St. Paul, Minnesota. Needless to say, Warner's glad she reached out to the Problem Solvers.

"Because if it wasn't for your influence, I doubt if this problem would have been resolved," she said.

The VA sent the following statement to FOX 17:

“Any time a Veteran or family member has a concern, we reach out to them directly to resolve the issue, just as we have done with the family member in this case.”