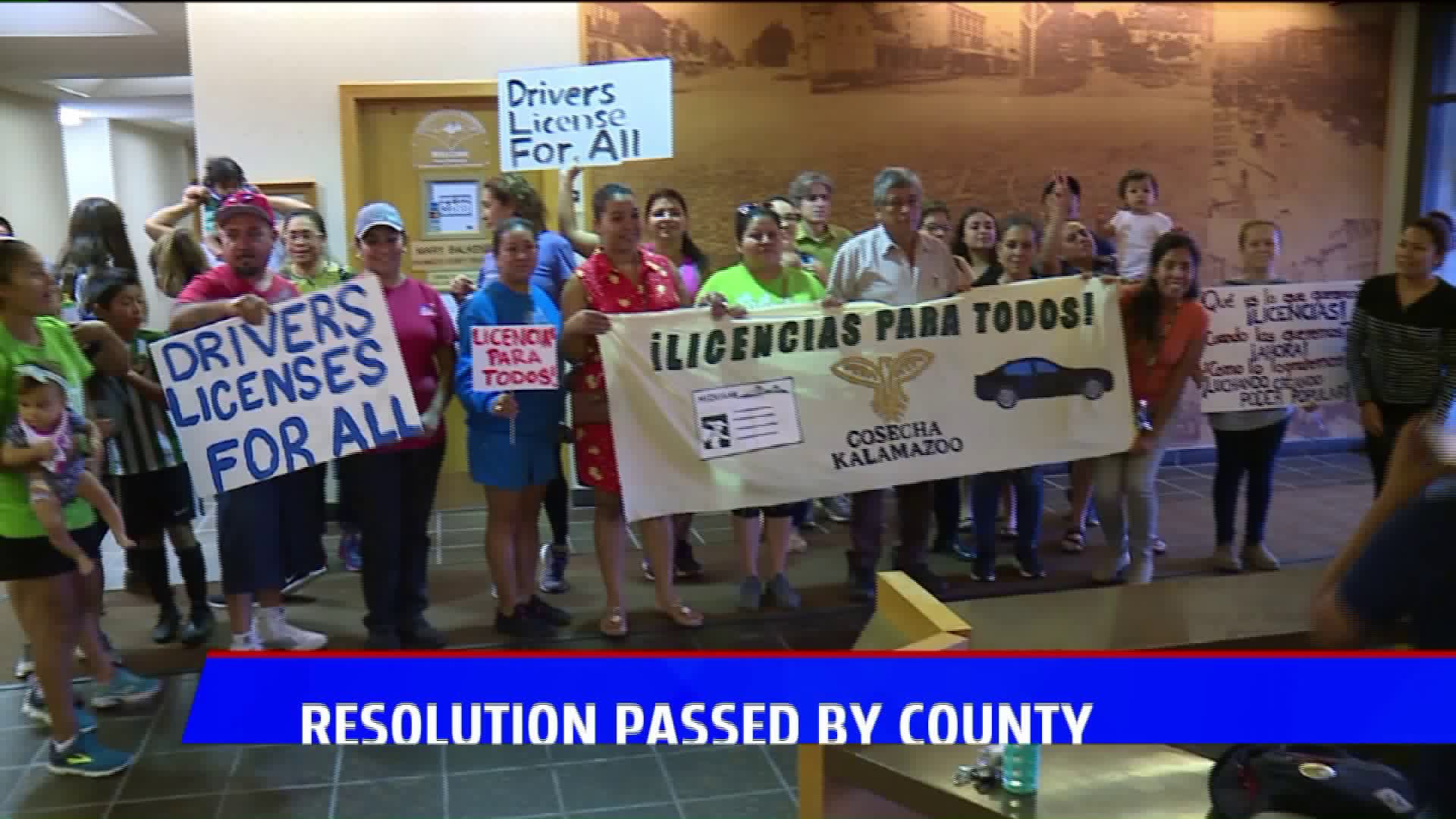 The resolution itself has no legal standing but instead asks state legislators to consider changing the law. Commissioners voted 8-1 on Tuesday night following a period of public comment.

"I am here before the county commission to just plead to do the right thing," said Tony Nelson, in favor of the resolution. He added the current law is  "extremely unfair."

Before the vote, commissioners discussed the issue. Many applauded the resolution and the effect it could have to make the county "diverse" and "welcoming."

"I think this is a quality of life issue," said Commissioner Stephanie Moore. "I think individuals have the right to move around in a community and have all the privileges that everyone else has, regardless of their level of documentation. I think that is what makes Kalamazoo strong."

Vice Chair Hall added her support stating, "I am happy to support this. I just wish we were able to give driver’s licenses right now, but I also understand the symbolism behind it."

The City of Kalamazoo passed a similar resolution earlier this summer.

Volunteers with Movimiento Cosecha, the group behind the resolution, are hoping the next step is to convince other counties and cities to pass the resolution. With enough momentum, they hope to bring the idea to state lawmakers in Lansing.