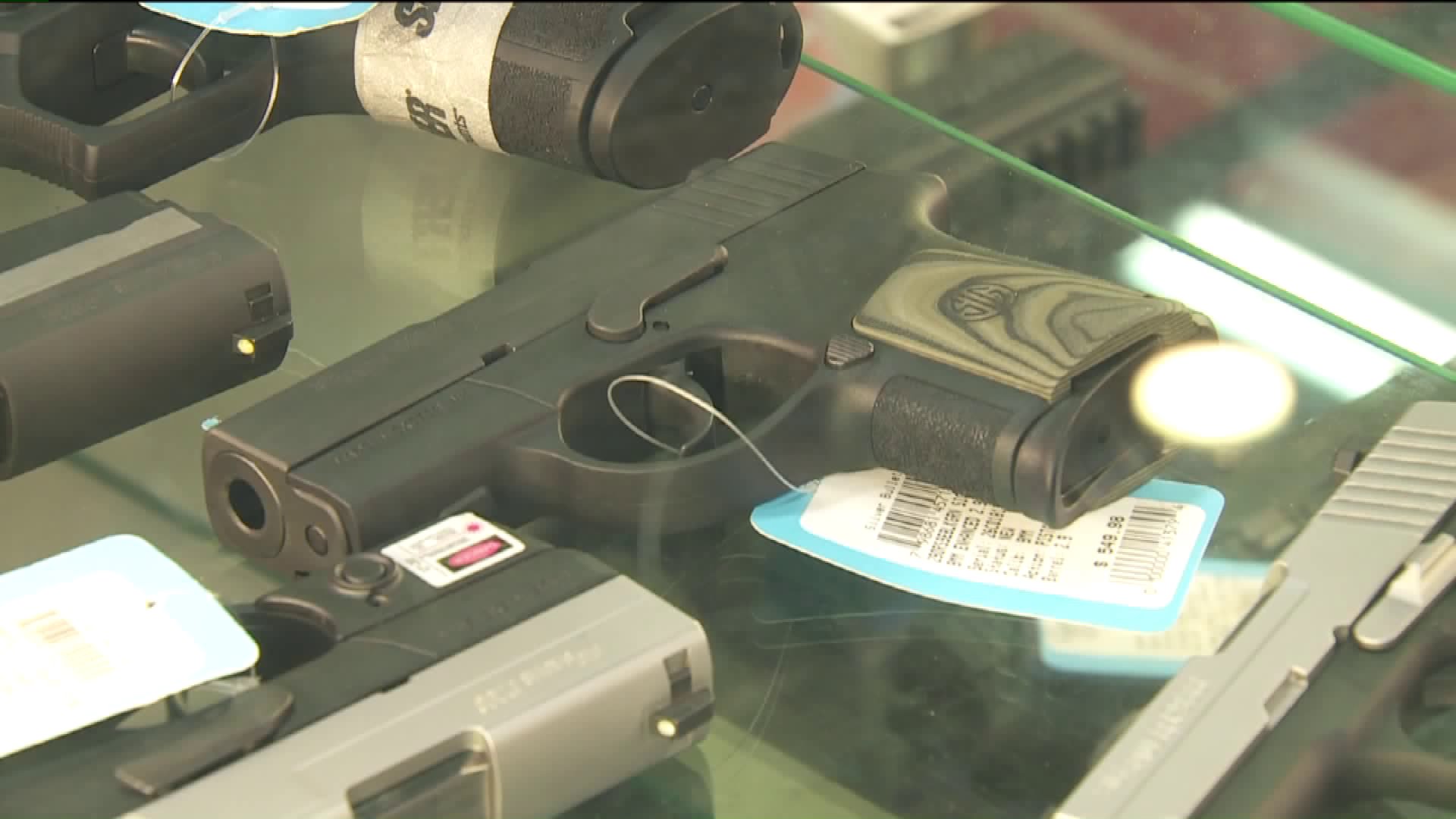 PLAINWELL, Mich. — Two bills introduced in the State House by a Republican lawmaker are designed to tighten gun ownership restrictions on people convicted of domestic violence.

Under current state law, a person guilty of domestic violence against someone in a dating relationship is allowed to obtain and keep a gun. If the violence is committed against a spouse, the offender cannot have a gun. This difference is known as the boyfriend loophole.

“Gun violence, especially against women is something that has become more commonplace than we care to admit," Rendon said.

Rendon said the bills take current laws and "give them teeth."

The bills address the fact that there is a conviction and that the offender cannot have a gun. The bills say after a hearing with the defendant, the state can take away the offender's gun.

Currently, only federal authorities can take guns away from domestic violence offenders. According to two parents who lost their daughter to gun violence, local authorities with a court order need to be able to do the same.

Rick and Martha Omilian lost their 19-year-old daughter Maggie in 1999 when she was murdered by her ex-boyfriend. He shot her in a dorm room at Kalamazoo College before turning the gun on himself. He used a shotgun that he purchased legally.

“We’re not saying that this one bill will change everything or we’d save every woman like Maggie but along with other bills at the federal level and other state bills about red flag laws, extreme risk protection orders, background checks, expanded background checks, those kinds of things together can make a difference in the kind of thing that happened to our daughter," Rick Omilian said.

He said the ex-boyfriend threatened to kill himself several times before the murder-suicide. Had it been reported under a red flag law, the Omilians believe their daughter's death could have been prevented.

As the 20-year anniversary of Maggie's death approaches on Oct. 18, her parents continue to fight for gun violence reform.

“I can’t be left feeling, or anybody else who’s lost a child, that their child has died for no reason at all, you know what I mean?” Martha Omilian said. “The feeling that you have to live with every day after losing a child and I don’t want to make it all about that but I wake up in the morning, it’s the first thing I think of is Maggie, last thing I think about when I go to bed at night. It’s always there.”

In 2016, more women were killed by men in Michigan than the national average, according to an April study by the Violence Policy Center. The most common weapon used in these homicides was a gun.

The same study ranked Michigan the sixth highest in the nation for black homicide rates in 2015. The vast majority of victims were killed by someone they knew with a gun.

With bipartisan backing, Rendon said she can't see why anyone would oppose these bills.

“Even gun groups and gun rights groups would recognize that once you step out of the realm of being a law abiding citizen, all bets are off," Rendon said. “The NRA is for protecting law abiding citizens and their rights to bear arm and I support that. This law says that ‘a person convicted of a misdemeanor crime of domestic violence shall not possess, use, transport, sell, purchase, carry, ship,’ that’s what it says.”

Rendon said national attention on gun violence prevention in the wake of the Gilroy, El Paso, Dayton and Odessa shootings have made these bills all the more timely.

"This may be a good time to do it, to really make people understand that again, the right to keep and bear arms is a Second Amendment right but it’s for people who are law abiding citizens and that’s the thing that often gets overlooked," Rendon said.

When the bill goes to committee, the Omilians plan to be there, along with survivors of abuse and organizations with a stake in the outcome of these bills.

“Let’s just talk about it in Michigan," Rick Omilian said. "Let’s talk about what we can do. No one law is going to be perfect, but what happened to Maggie, this is the kind of law that could have changed that or would change it for somebody else’s Maggie.”