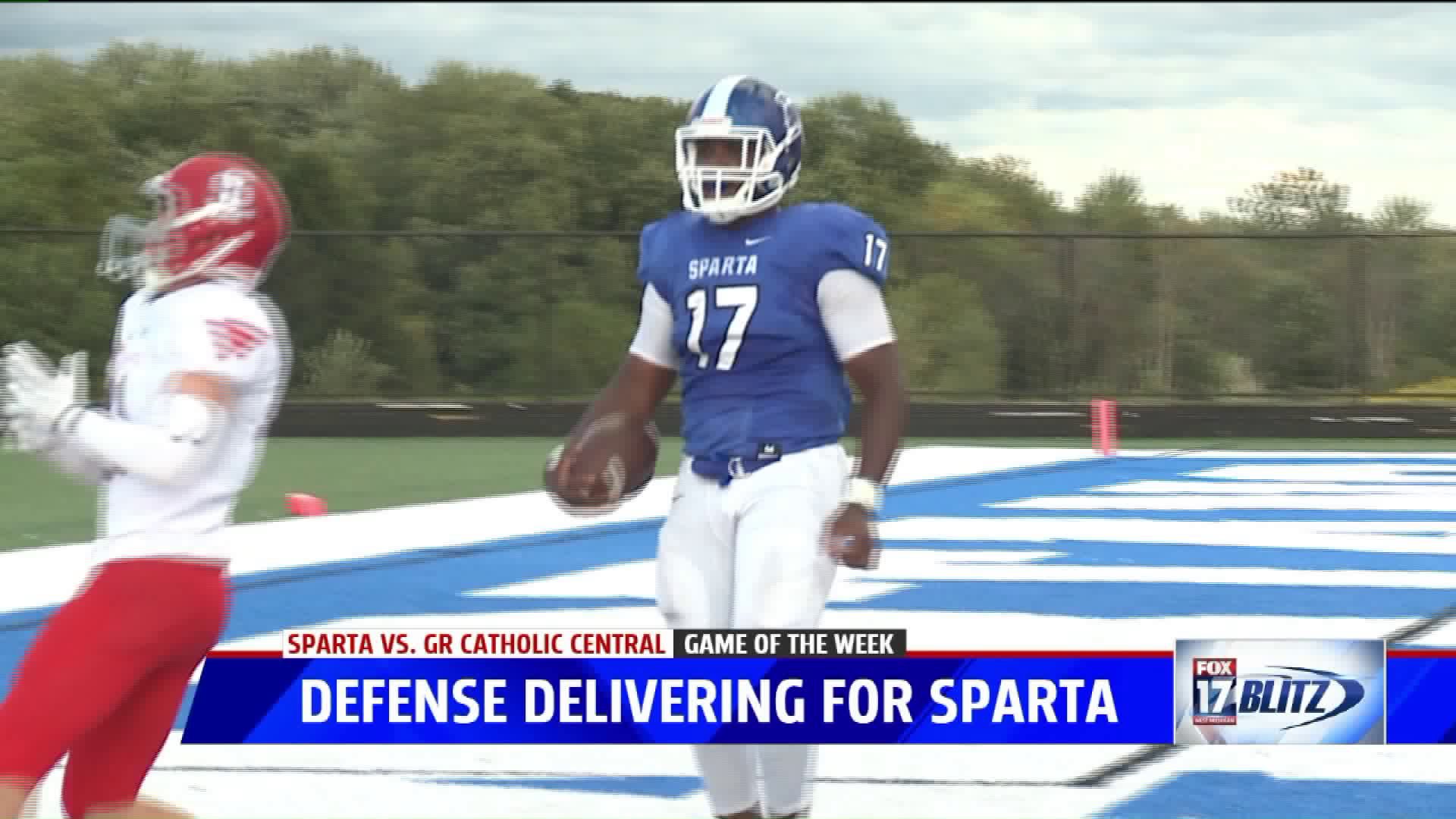 (FOX 17) — The FOX 17 Blitz is heading out all over West Michigan for Week 4 of the high school football season.

GAME OF THE WEEK: SPARTA AT GRAND RAPIDS CATHOLIC CENTRAL

"We know that we are facing probably the best team over the last six to seven years in our division," fourth year Sparta head coach Mark Chapman said. "We don't have time to celebrate, it is the OK Blue you gotta get ready for the next opponent."

The Spartans have not allowed a touchdown through three games, and see Friday as another chance to prove themselves.

Grand Rapids Catholic Central is 24-2 at home since Cougar Stadium was built in 2016.  This game marks the start of conference play for the Cougars who are 17-1 since joining the Blue.

"These games definitely are the most important," Catholic Central head coach Todd Kolster said. "Our number one goal of the season is to win the OK Blue conference championship. This is the start of our real season. We've got three games, most of the schools in our league have played a league game already, it is just how the schedule works. We had three non-conference and now we are all league the rest of the way."

"We got a good win against River Rouge and then the second week we fell short." senior linebacker Kyle Tepper said. "We just have to come back to practice with a better mentality, that we've gotta work hard every day, that we have a big season ahead of us. We have a tougher conference this year. There are good teams in the conference and we have to win the conference."

Rockford head coach Ralph Munger returned to practice this week and will lead his Rams on Friday night for the first time this season and it's a big game at Mona Shores, both teams come in a 3-0.  The Sailors got senior quarterback Caden Broersma back last week after a hand injury.  This is an OK Conference crossover game, both the Rams and Sailors get back to divisional play next week.

The Blitz will also plans to be at these games: