Family pleads for stolen memorial item to be returned 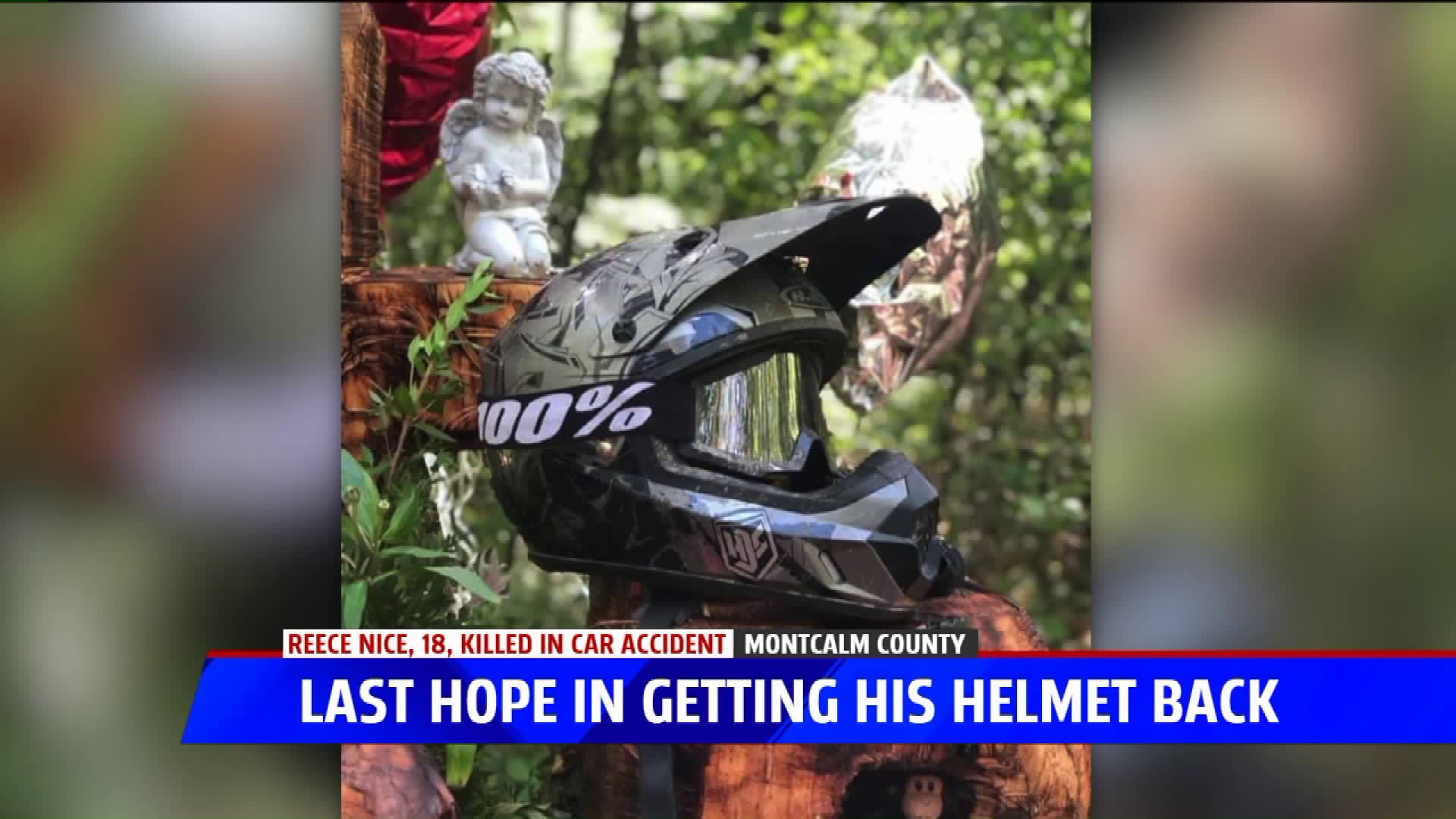 HOWARD CITY, Mich. - A family mourning the loss of an 18-year-old is asking for your help to return an item taken from his memorial site.

Reece Nice, 18, died in early August after he lost control of his Jeep and crashed his Jeep, which caught fire moments later. The accident happened near Amy Church Road and Montcalm Lake Road Road near Howard City.

His girlfriend managed to escape the crash, but Reece died from his injuries.

Friends and family erected a memorial site in his honor at the spot where he died. As an avid dirt biker, his family placed his helmet at the memorial. It was then stolen in late August.

"It is a sentimental aspect of our lives," said Samantha Reinhard, Reece's aunt. "That is Reece's helmet. It is nobody else's."

Reinhard is asking whoever stole the helmet to put it back at the memorial or return it to the Montcalm County Sheriff's office or a local fire department, no questions asked.

"I was just appalled," said Reinhard. "Why would you take something from somebody's memorial site where they passed away? Why would anybody do that?"

Reinhard says that if whoever stole Reece's helmet needs one of their own, she is willing to buy them a new one if they return it.

If you know anything about where the helmet might be, you are asked to contact the family or local law enforcement.