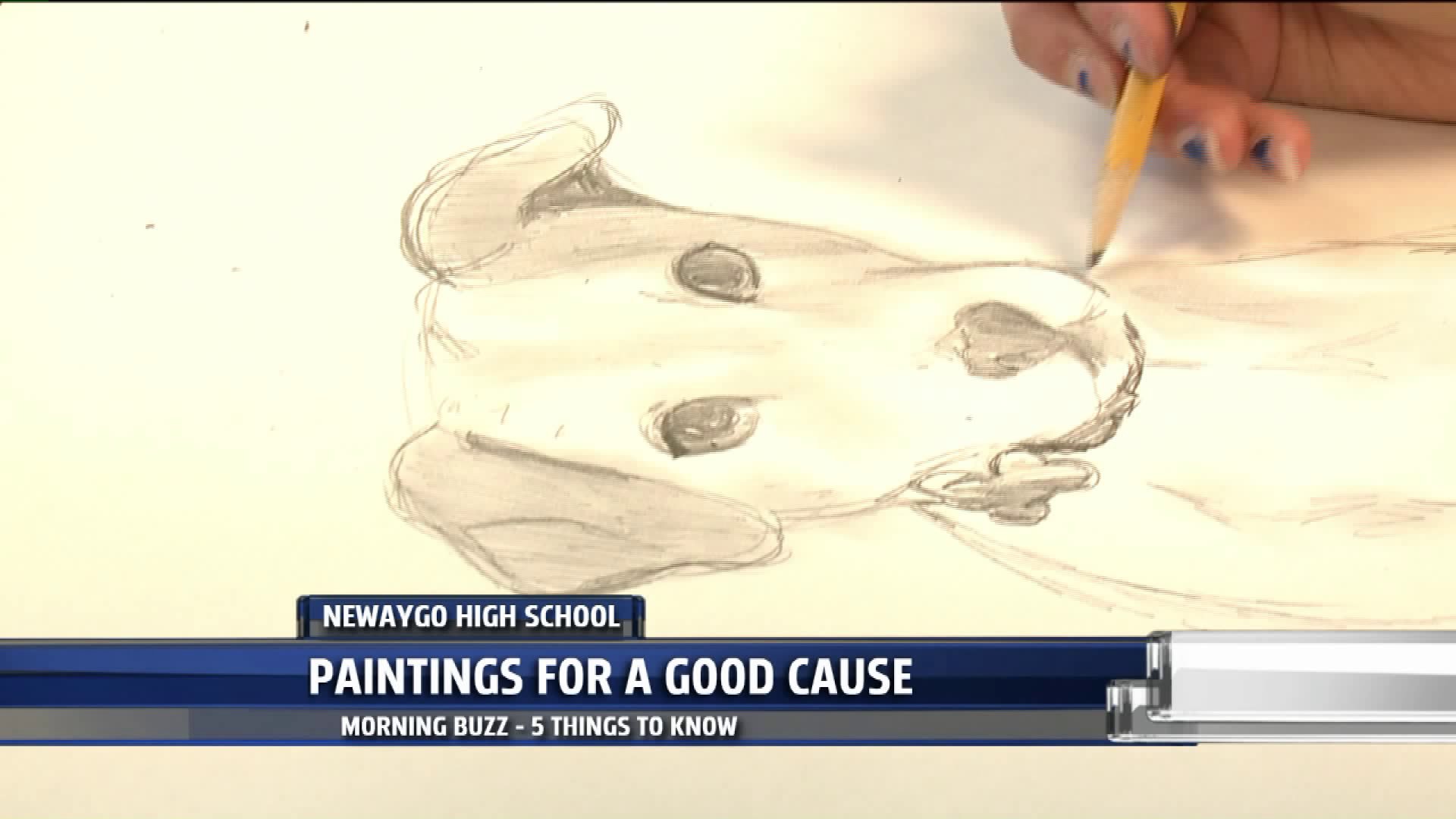 1. A "pawfect" idea by some students is raising funds for local shelter pets. Art students at Newaygo High are creating portraits of the animals to auction off online, with all the money going back to the Lake Haven Animal Shelter.

This is the 4th year for the project that kicks off next month. Art teacher Jennifer Hurrle came up with the idea, and students say it's about how art can make the world a better place.

2. At just 8-years-old he has been dubbed Hero Of For The Day" by one local police department.

Caiden Dorman was kind enough to take his stuffed animal collection into GRPD as a donation.

For over 10 years, the department has been keeping its cruisers stocked with small stuffed animals, in case a kid needs one during a traumatic call.

Officers say the stuffed animals have truly come in handy, so Caiden's donation is much appreciated.

3. Dryer lint from across the United States will be gathered into a ball on Thursday in Farmington Hills in an attempt to set a new world record.

To set an official record, the ball must weigh at least 99 pounds. If successful, the lint record would join other "Largest Ball" feats, including the largest paper ball at 426 pounds and the largest ball of human hair at 167 pounds.

The record attempt is part of an effort to raise awareness about the dangers of dryer fires.

4. A breast cancer survivor has set the record for crossing the English Channel not once, but four times!

37-year-old Sarah Thomas was diagnosed two years ago, but this past March she beat cancer,  followed by beating that world record on Tuesday.

The Colorado woman said the toughest part was swimming in the saltwater. Thomas' journey is part of an upcoming documentary called "The Other Side."

5. Looking for some backup when trying to get your little ones to fall asleep? Disney is bringing back the Disney Bedtime Hotline.

For the second year in a row, fans and families can call to hear special goodnight messages from Yoda, Mickey Mouse, Elsa from "Frozen", and other Disney characters.

The phone number is available now through the end of the month.

Disney is using the re-launch of the hotline to celelbrate its new line of sleepwear for kids on its web store.