Neighbors, first responders rush to save man after crash into pond 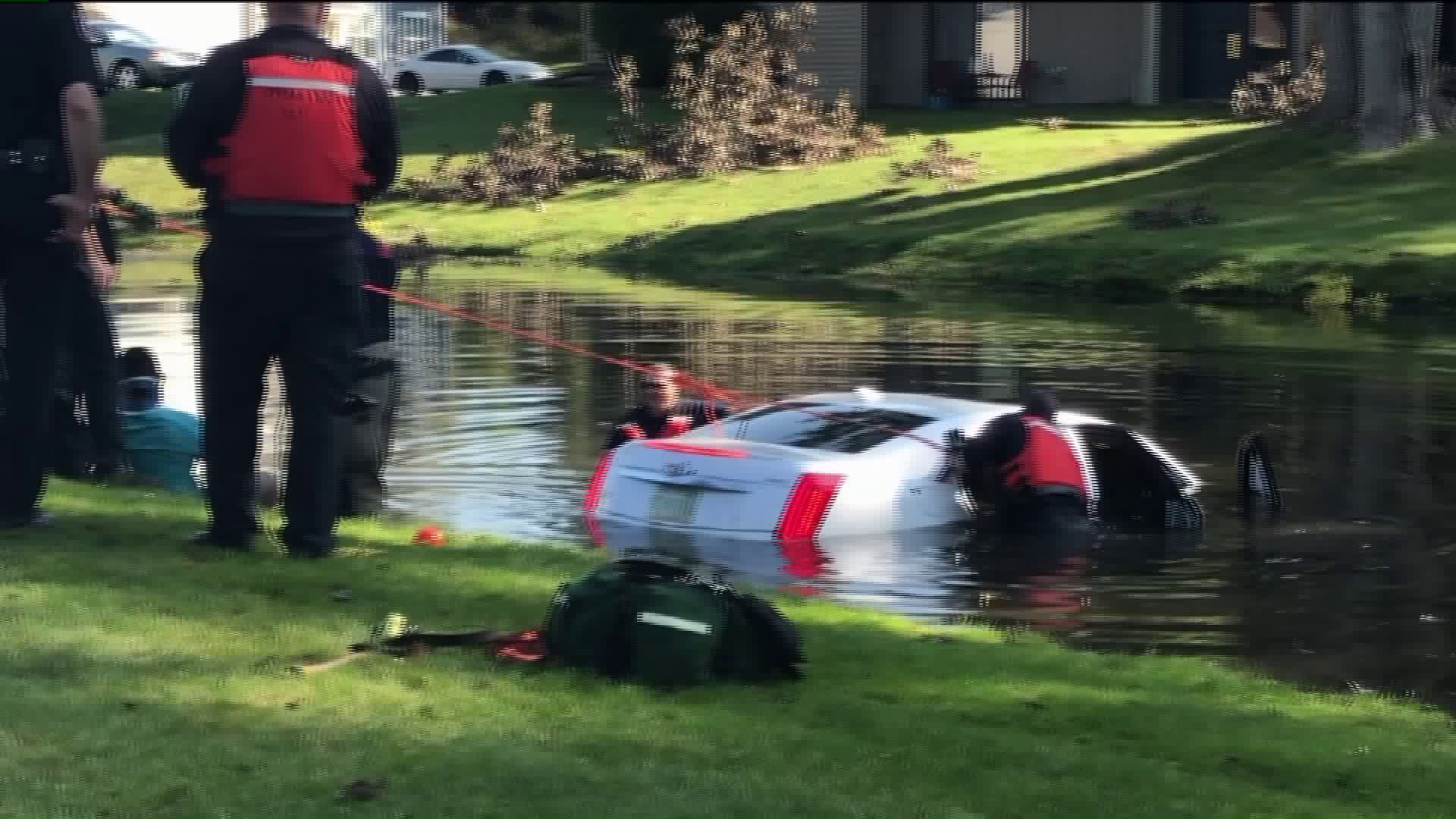 GRAND RAPIDS, Mich. — Emergency responders and a couple saved a man's life Wednesday morning after he drove into a pond on the city's northeast side.

Ryan Williams and his wife Mairead heard the crash around 10:30 a.m. and looked outside to find a car in a pond near Aspen Lake Apartments off Knapp Street and Ball Avenue. Ryan just happened to be working from home.

The couple immediately rushed out to help and called 911 to describe what they saw.

"I jumped in and saw the gentleman in his car, I tried opening the door and it was locked so I kept yelling at him that help was on the way and he was unresponsive so I'm glad that they were able to get here quickly and make sure that he's doing OK," Ryan Williams said.

Dispatchers told him to keep pounding on the window to keep the driver alert until first responders got there, which he did until crews were able to pull the man out of his car.

Capt Brian Deforest with Grand Rapids Fire said, “The pond is quite shallow so we were able to walk out to it and make sure it wasn’t sinking and actually pull it back a little close to shore by hand.” First responders ended up breaking out a back window of the car with a police baton.