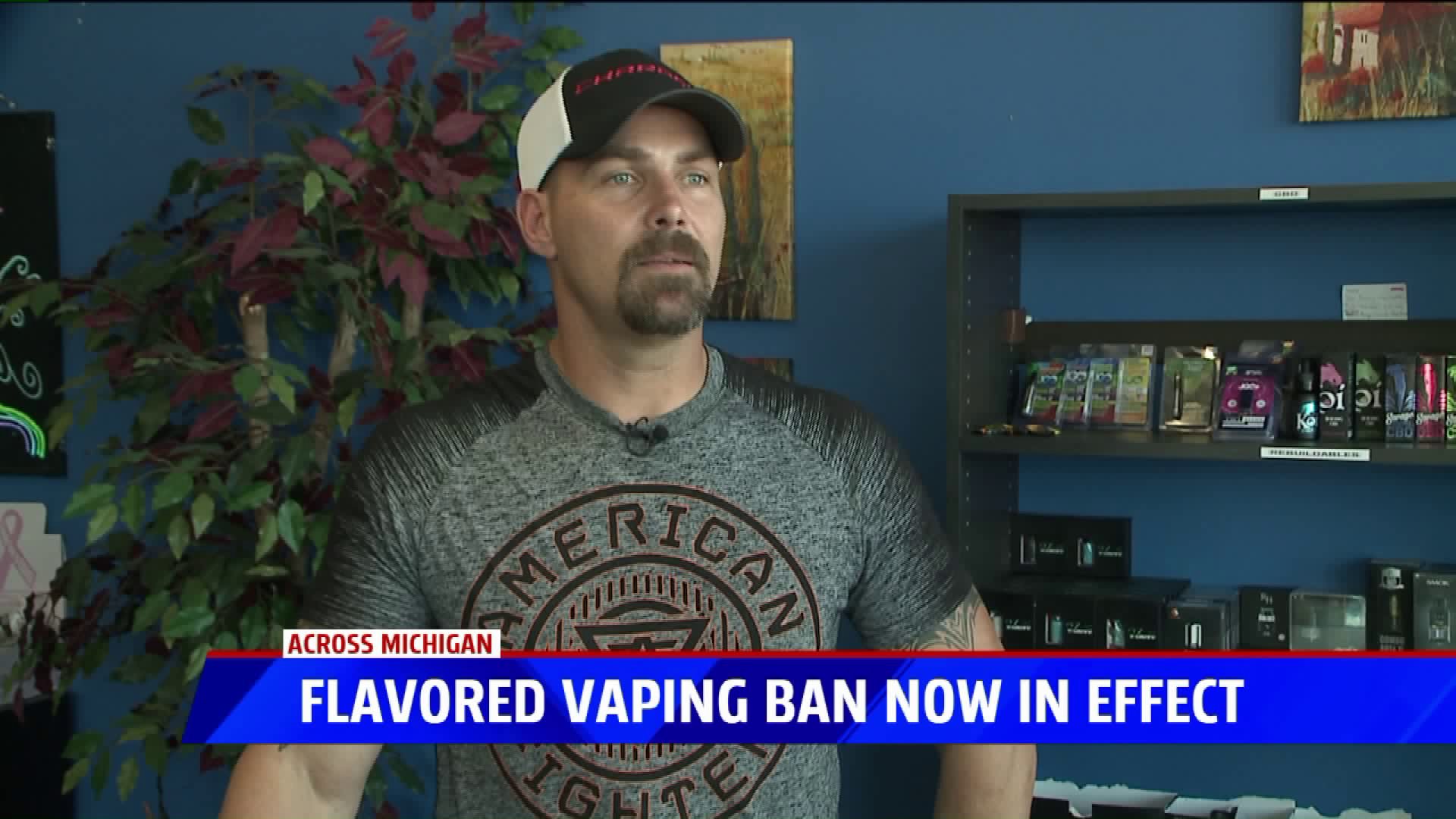 HUDSONVILLE, Mich. -- The state's enforcement on the ban of flavored nicotine vaping products is moving forward. The Department of Health and Human Services announced the ban went into effect Friday, giving retailers 14 days to comply.

It's a measure MDHHS says is aimed at protecting children's health, but some say it's government overreach.

Gov. Gretchen Whitmer's emergency ban on flavored nicotine vaping liquid did go through. Mol, who has 14 days to comply with the rules, says it's a huge hit as the product makes up 98% of his business.

"We have flavoring concentrates, enough to last six months, that probably in retail is over a $100,000 that, I can't move that in 30 days," Mol explained.

"That's going to sit on my shelf and get thrown in the trash can," he said.

Mol feels the government is overstepping its bounds and that the ban will potentially lead to unintended consequences for those who vape.

"The black markets for this stuff is going to be off the hook or to go back to smoking cigarettes," he said.

Mol, who owns multiple West Michigan locations, says vaping businesses like his have had no time to respond or present a fair compromise.

"There's really not much we can do. We're going to hold out as long as we can. Hopefully people will still want to vape, just do flavorless or tobacco flavored. But, I mean, we sell other things like CBD products. CBD products sell very well, but is it enough to sustain my business? I don't know," Mol explained.

While the flavored vaping ban aims to protect kids, Mol says most of his clients are over the age of 40, and his shop doesn't allow minors to enter in the first place.