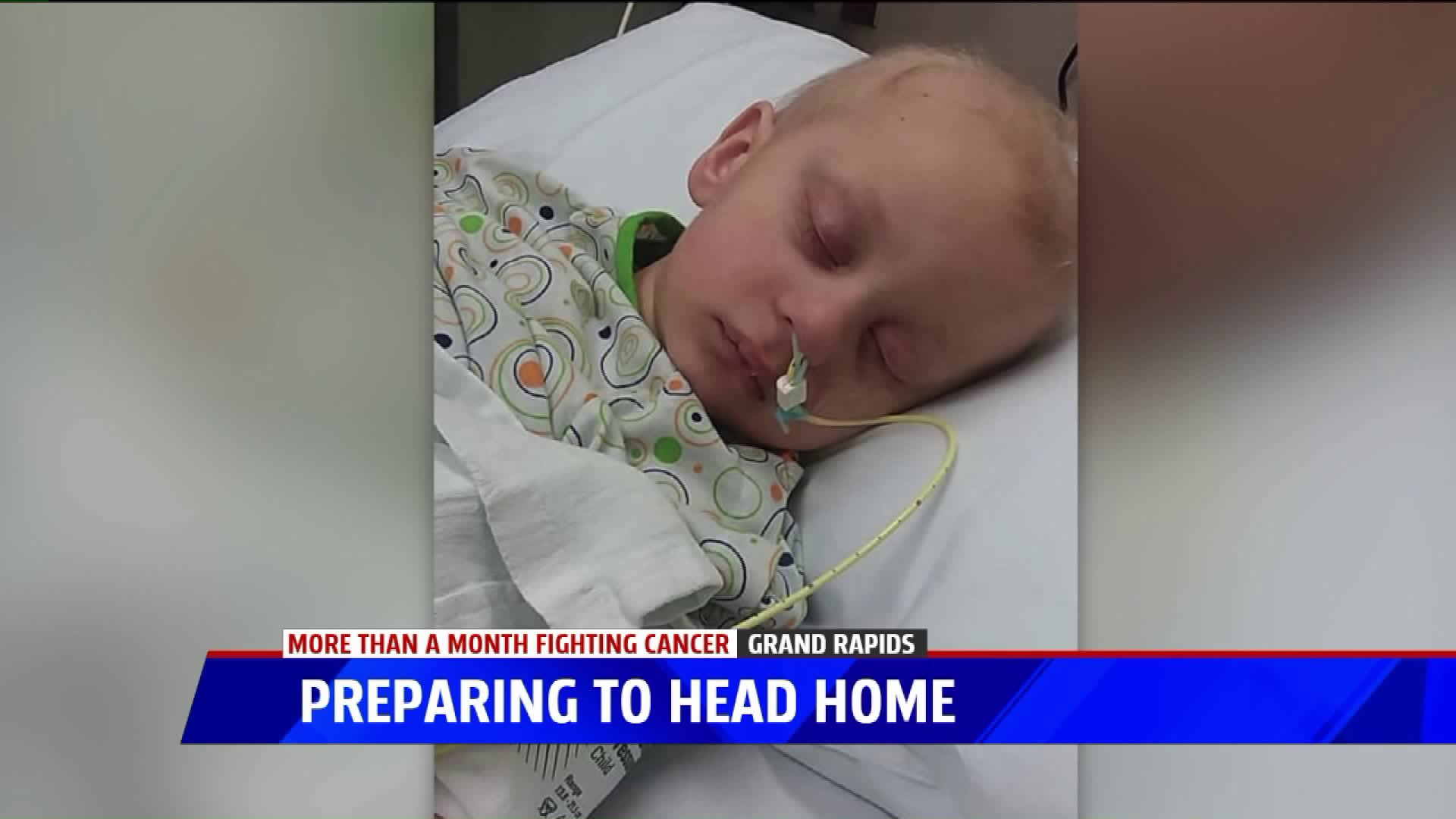 GRAND RAPIDS, Mich. — At 2 years old, Bryar Johnston has battled cancer twice and finally is in remission once again.

Bryar was first diagnosed with acute myeloid leukemia, a type of blood cancer, when he was 6 months old. He received chemotherapy and treatment and went into remission. In May 2019, he relapsed a second time.

"That is a situation where it is quite clear now that you need a bone marrow transplant to give them the best chance of a cure," said Dr. Duffner, who has been a part of the team treating Bryar.

He was matched to an international donor in the summer and received a transplant in August.

Bryar only slowed down a few days after his transplant but stayed in isolation due to his compromised immune system.

"It's hard," said Johnston. "You think about a 2-year-old at home who wants to run and play and maybe go outside for a little bit. A change of scenery sometimes is all they need to get away from that tantrum that they're about to have. Here, I can't just say, 'let's go outside.'"

On Friday, the family is finally expected to leave the hospital after an over month-long journey there. Their departure comes towards the end of September, which is Childhood Cancer Awareness Month.

Bryar and his family will first go to a hospital house in Grand Rapids. If that goes well, Bryar will be able to go home in about four weeks.