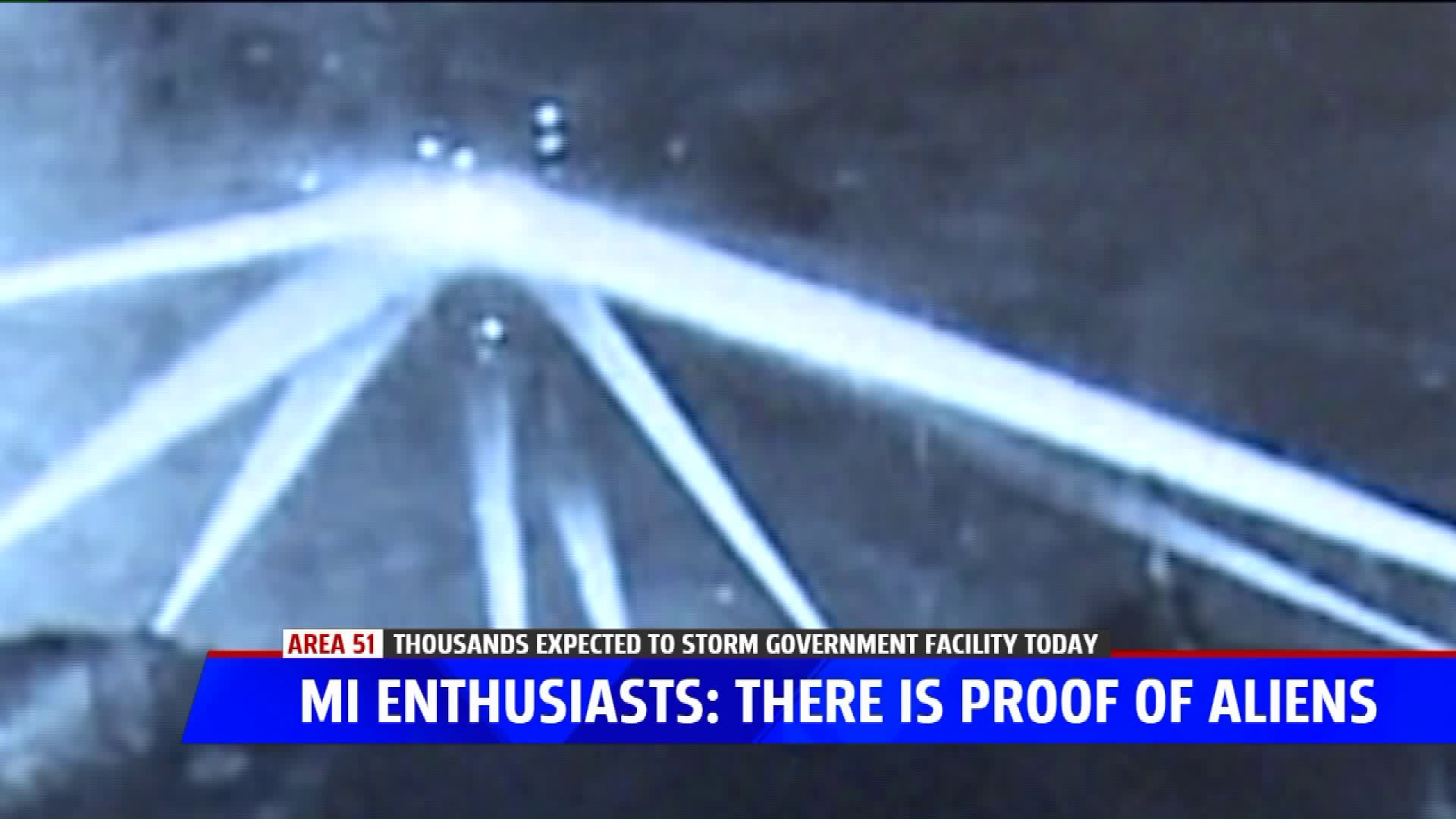 GRAND RAPIDS, Mich. -- It’s a question you’ve been asked before, and lately in the United States it’s on everyone’s mind: “Do you believe in aliens?"

FOX 17 went to downtown Grand Rapids and asked random people what they think. The biggest response?

Well there's one man who says he knows for sure.

Southeast Michigan native Harry Willnus says that now-a-days he thinks, "That more than 50% of the U.S. population anyway does believe that there is something going on with this UFO stuff."

Willnus is an alien enthusiast, a past state director for the Michigan Mutual UFO Network, or “MUFON,” and he was around for the swamp gas case of 1966.

"It’s certainly one of the best cases in Michigan history," shares Willnus.

You might be familiar in the nationally acclaimed case a farmer and his son saw a UFO flying over a swamp in Dexter, Michigan.

"As he turned to go back to the farmhouse he saw a light coming across the sky, and he watched for a moment he thought it was a shooting star initially," he said. "This thing came, came, and then slowed, and then slowly began to drop into the swamp which was behind his house."

This mystery brought in researchers from across the country, but to everyone’s surprise, and disapproval, the sighting was brushed aside with an explanation of "swamp gas."

Willnus even has a copy of the original police report.

"When you read this you realize this was not swamp gas that they saw," Willnus said.

The frustrating case is one of countless throughout the world.

Willnus says each case, like many aliens, are different.

"They come in all different sizes and shapes. Reptilians are often reported, the Grays, we have the Tall Whites, these are creatures that are up to 10 feet tall," he said.

So now that we know the types of aliens, what alien sightings have actually been reported?

Bill Konkolesky, the current MUFON director, investigates alien sightings through submissions received from around the country.

However, with all these sighting there’s one major question: does the government cover up alien sightings? And if so, why?

Willnus says, "It is being covered up."

When asked why, he shared, "I think it’s fear. Fear that the public wouldn’t know how to handle this, religion might have a problem."

Konkolesky's response to the question was similar, "A lot of people would have a big big issue with having to accept there’s life on other worlds."

So according to these experts, alleged government cover-ups are because people simply can't handle the truth.

However at the end of the raid, or the day, what you believe is obviously up to you.

"Without 100% proof, there’s only strong evidence, but there does appear to be strong evidence that something is in our skies that is not man made. Something that was created off planet, is here visiting us for unknown reasons. Where it’s from, what it’s intentions are, that’s completely unknown."

Neither Willnus or Konkolesky are taking part in the "Storm Area 51, They Can’t Stop Us All" event scheduled for Sept. 20.

You can hear Konkolesky speak in Houghton Lake at the Michigan UFO Con-Tact II.

Click here for a link to details on that event.