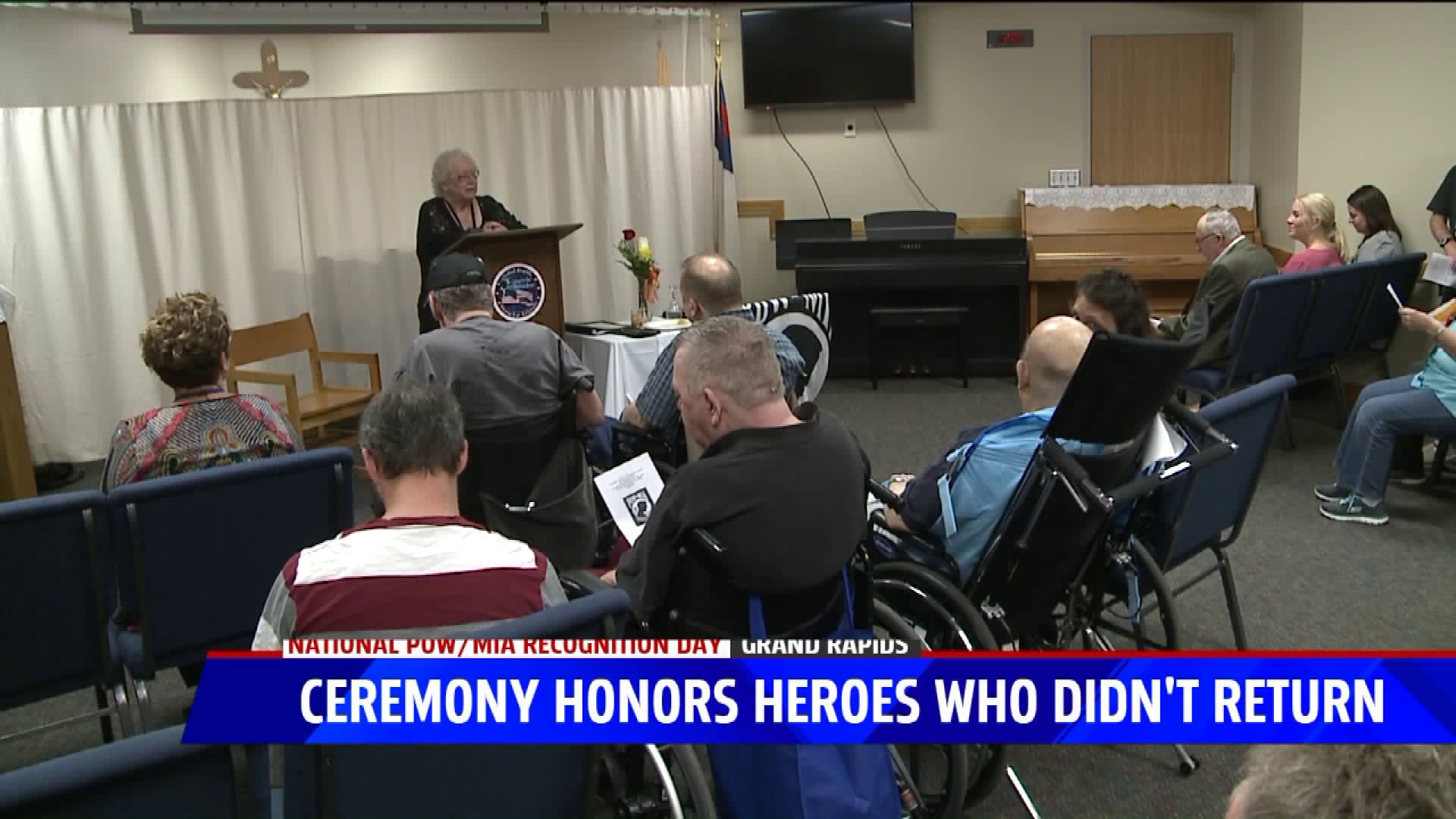 GRAND RAPIDS, Mich. -- Communities across the nation Friday are remembering prisoners of war and those missing in action. That includes the Grand Rapids Home for Veterans where a ceremony was held this afternoon.

According to the Department of Defense, 401 men and women are still missing from Michigan who served in the Korean, Vietnam and Cold Wars.

The names of those missing from Kent County were read at the ceremony. It's a time of remembrance. Federal, state and local elected officials or their representative had words at the event.

At the center of Friday's ceremony was the missing man table, including "a red rose for those who've made the ultimate sacrifice and the friends and family who are waiting for answers." An empty chair was draped with the POW/MIA flag.

Tom Sibley, with the Vietnam Veterans of America said, “We always talk about heroes and so forth, but the real heroes are those that didn’t come back. So this day helps us remember them so that they’re never forgotten.”

Army veteran Gabe Hudson said he's attended the ceremony for about 26 years. He wore a POW shirt in honor of a friend and fallen airman.

“Two weeks before he was shot down he was given a distinguished service cross for taking on a SAM site. April 28 of ’68 he disappeared from radar, and they’ve never found him again. That’s why this ceremony here is so special to me," Hudson said.

One of the event organizers encourages people to pick up a book on prisoners of war to read their account, as well as making high-schoolers aware of those who've made these sacrifices for their freedom.