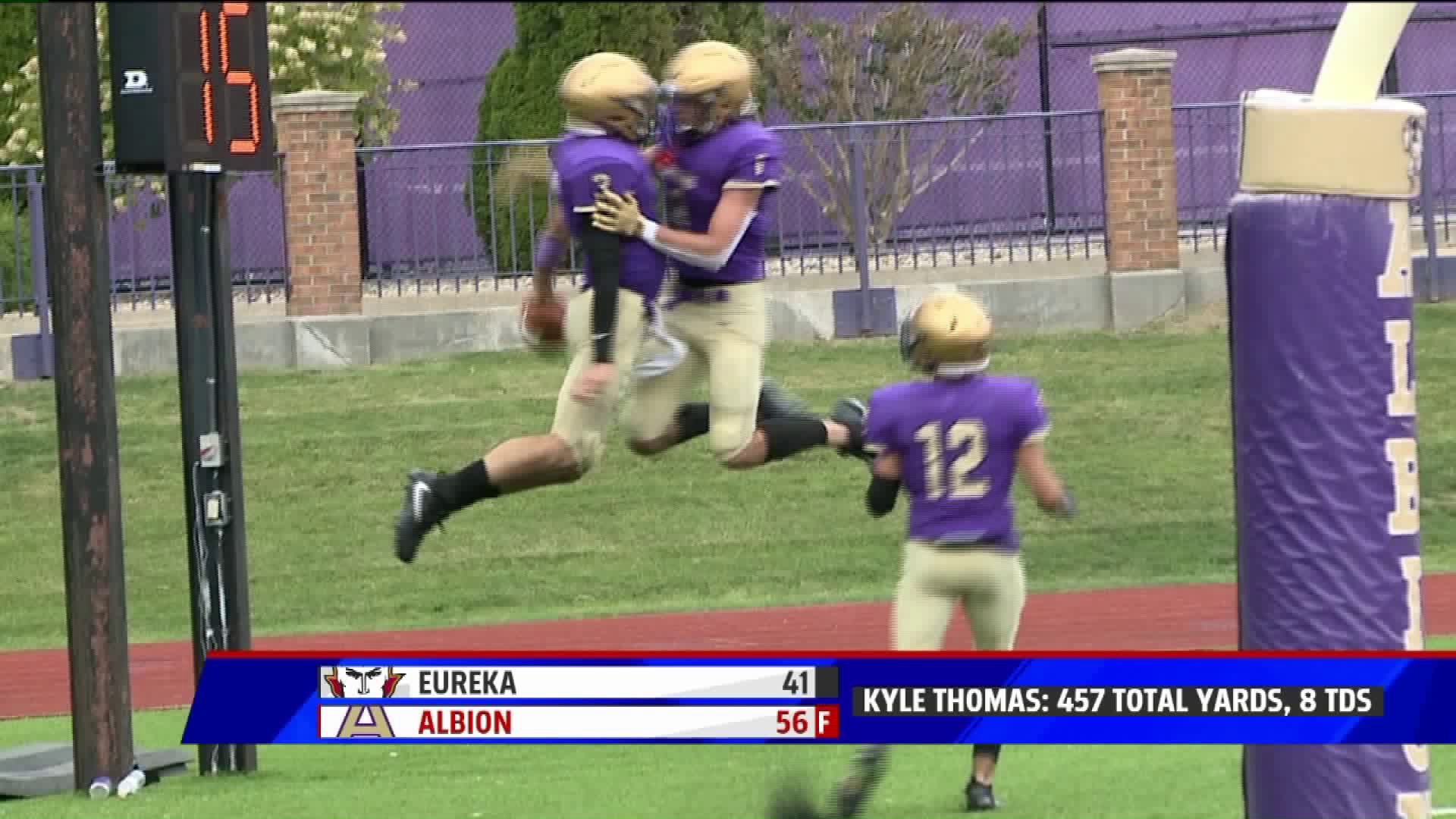 ALBION, Mich. -- The Albion offense has had no problems putting up points in the first three weeks of the season. With Saturday's 56-41 win over Eureka College, the Britons are now averaging over 53 points per game. Albion quarterback Kyle Thomas is having a breakout season as illustrated on Saturday with his 457 total yards, five passing touchdowns and three more on the ground.

The Brits are now 3-0 on the season and will take on Alma in the MIAA opener on October 5th after a bye week.