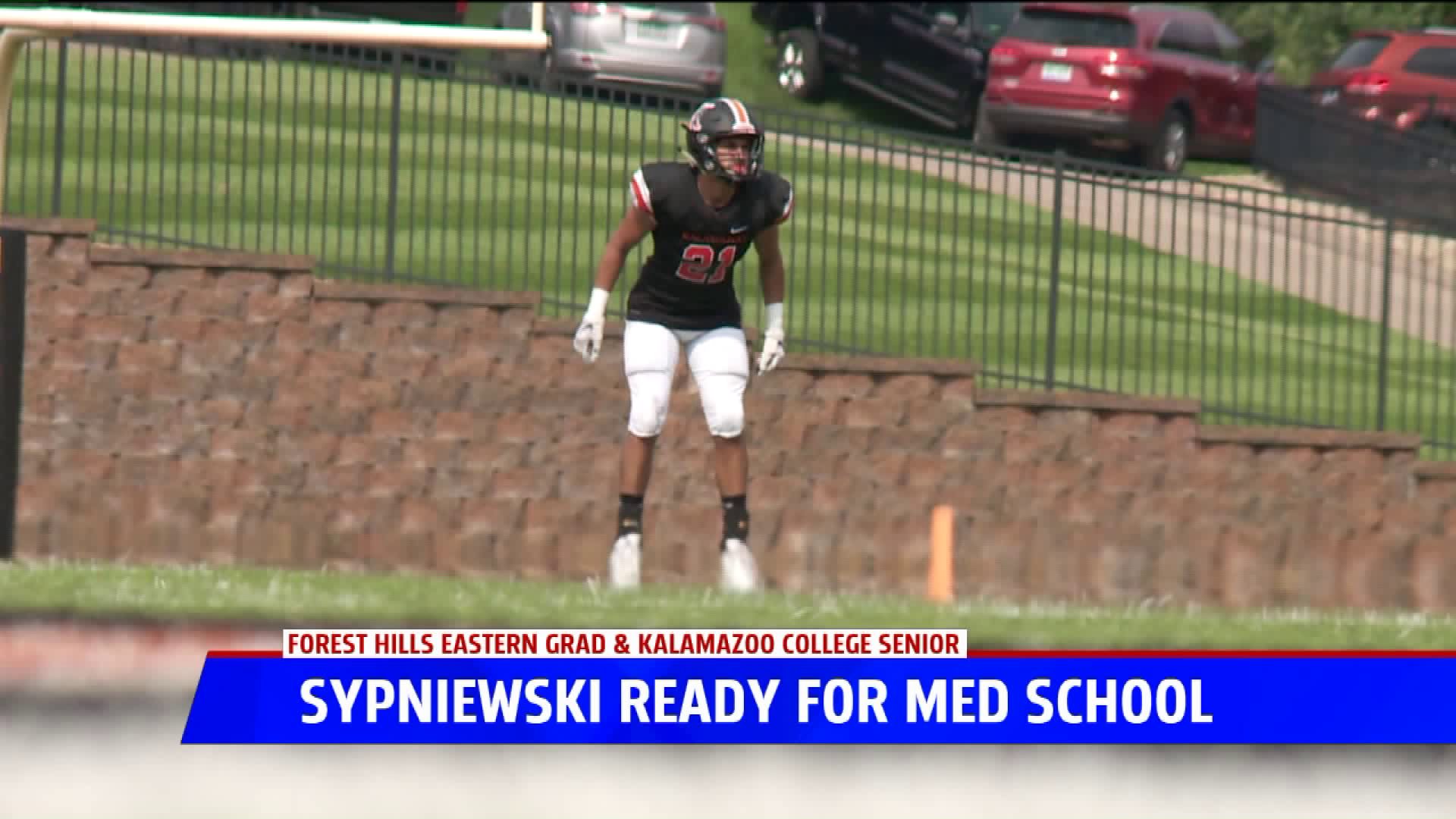 KALAMAZOO, Mich. -- In the world we live in, athletes are often too busy or sports oriented to focus on academics, but not Jake Sypniewski.

"Being around the medical field my whole life has definitely been a huge influence," he said.

"Jake is going to be a doctor, there's no question about that," smiled Kalamazoo College head football coach, Jamie Zorbo.

The Kalamazoo College senior defensive back is majoring in chemistry and has been dreaming of a career in the medical field since elementary school.

"Since I was in third or fourth grade," he answered about how long he's wanted to work in the medical industry, "both my grandparents were physicians in Grand Rapids and they had a really big impact on my life at that time. My mom has always been a role model and she's a nurse practitioner."

The forest hills eastern graduate chose to enroll at Kalamazoo College for the academics, until the football program came calling.

"Honestly, going into my application process, I wasn't considering playing college football but Coach Zorbo and some assistant coaches reached out to me and I took them up on the offer. It's a privilege to play and I don't take that for granted."

Sypnewski isn't only dedicated to the classroom and the field, he's also involved in several societies on campus.

And the list goes on. Sypniewski is also tutoring his fellow classmates in the chemistry and pre-medical fields. With all of that going on, he admits, time management can get difficult, especially during football season.

"It's pretty difficult, I think any student-athlete from any institution would say that but especially going pre-med, I think it adds a little bit more intensity to the courses and seriousness into the future."

While some may not admit it, most players would put the word athlete ahead of the term student, but Sypniewski is different.

"Football has been a past time for me that I've enjoyed a lot," he added, "but in the end, I have a goal and I'm not going to stop until I achieve those goals."