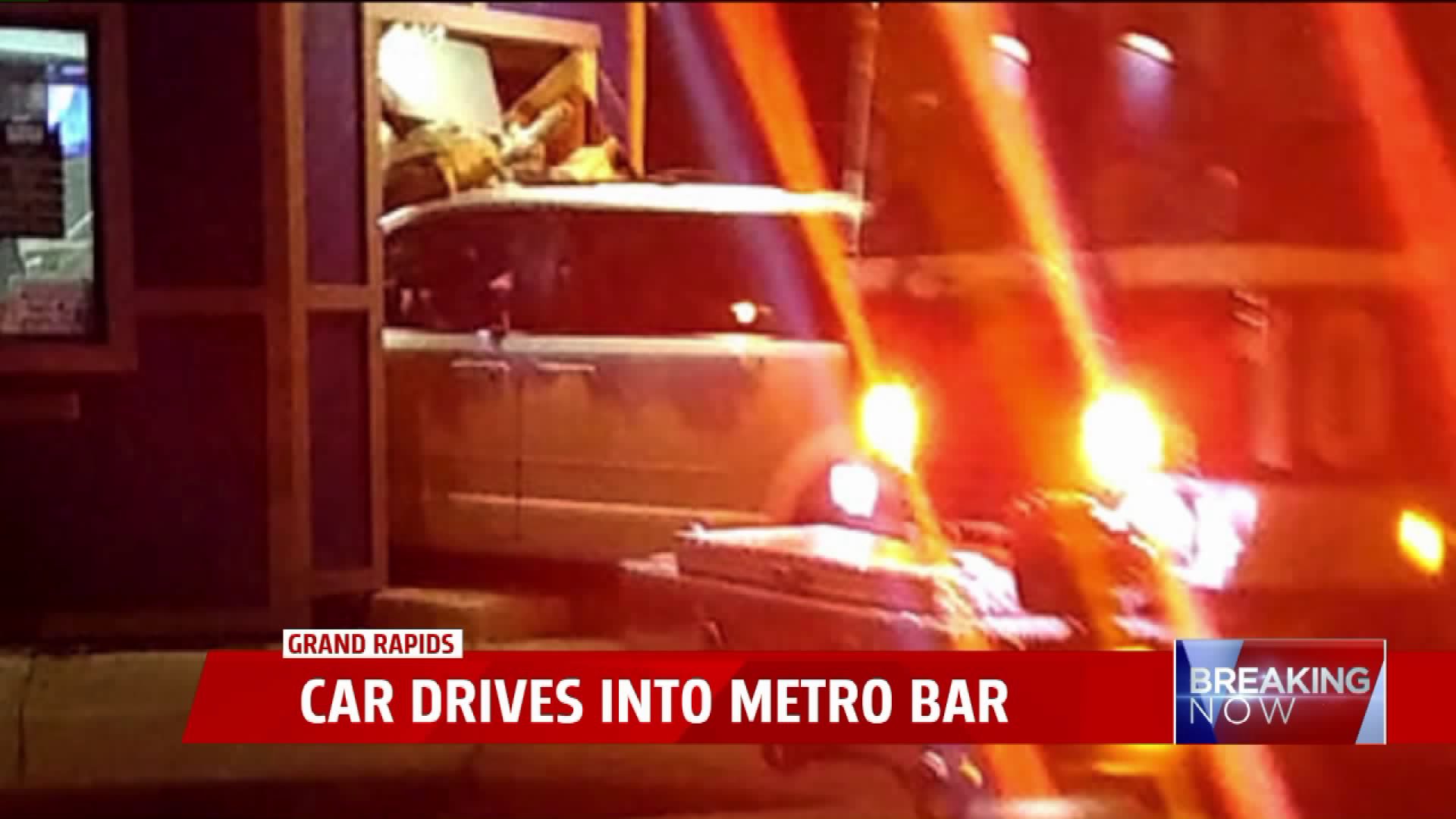 GRAND RAPIDS, Mich. -- A suspect is in custody after two people were injured when a car drove through the front doors of a Grand Rapids bar.

It happened Sunday night at the Metro Bar, located at 1901 Division Ave. in Grand Rapids.

Police did not say what led up to the incident but say one person was arrested.

We're told the two people who were hurt only suffered minor injuries.

The bar hopes to reopen on Wednesday.