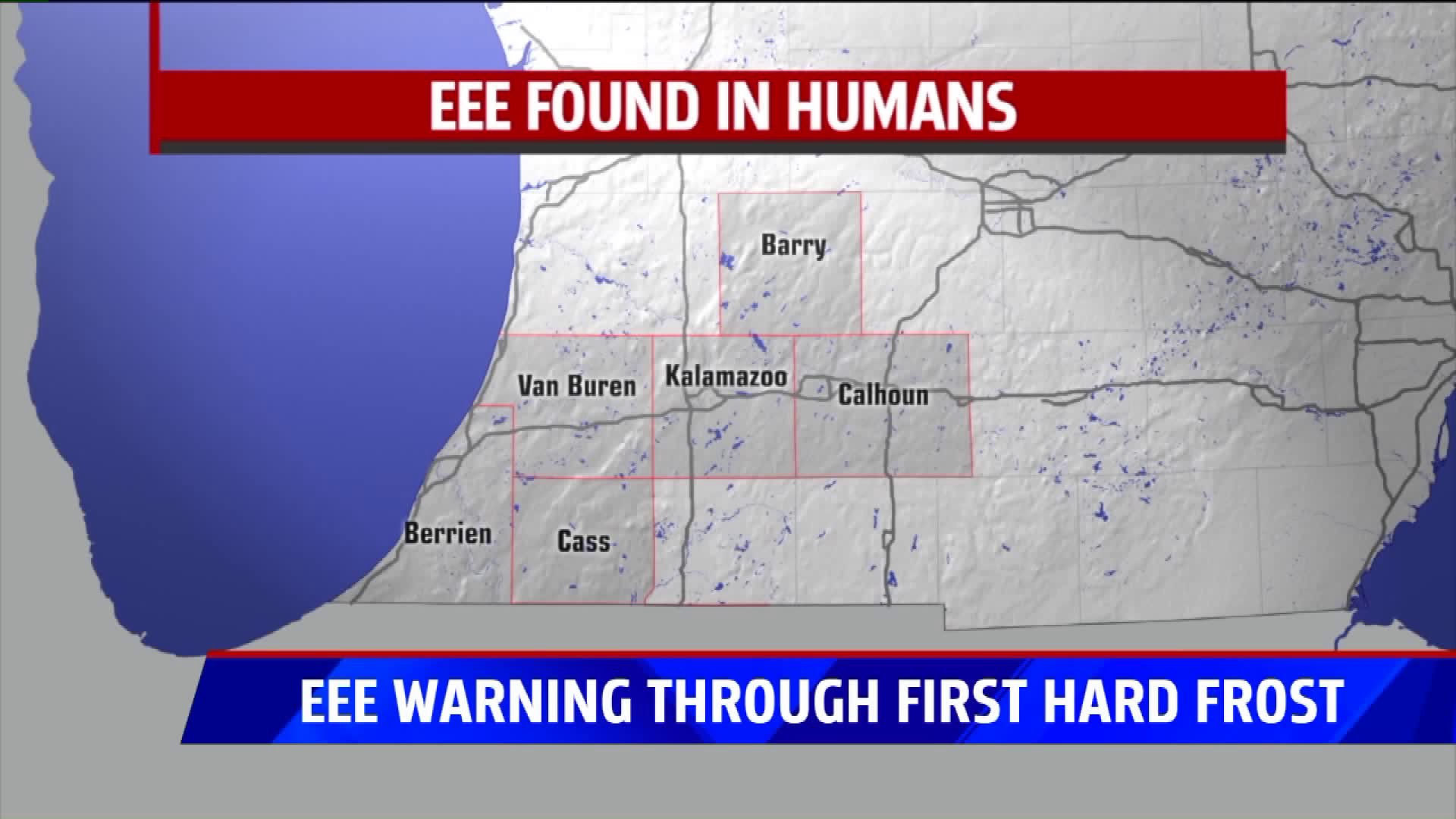 GRAND RAPIDS, Mich. -- The Michigan Department of Health and Human Services continues to warn the public about

taking precautions while outdoors in the midst of Eastern equine encephalitis cases being identified around the state.

A person was found to have EEE last week in Calhoun County. Eight cases of the virus have now been identified in humans. Three of those cases have been fatal.

There have also been 21 cases found in animals across the state. Most recently, animals in Montcalm County, Calhoun County and Jackson County were found to be carriers.

Lynn Sutfin, with the Michigan Department of Health and Human Services, says there are ways to better avoid the mosquito-born virus. "This particular kind of mosquito that spreads this disease likes swampy, boggy areas. So if you have any of that in

your area, you know its a possibility that those mosquitoes could be there.”

Sutfin suggests wearing long sleeves and insect repellent at least until winter. “Until we get some deep freeze and the mosquitoes are gone, it's possible that we can continue to see this spreading across the state,” she says.