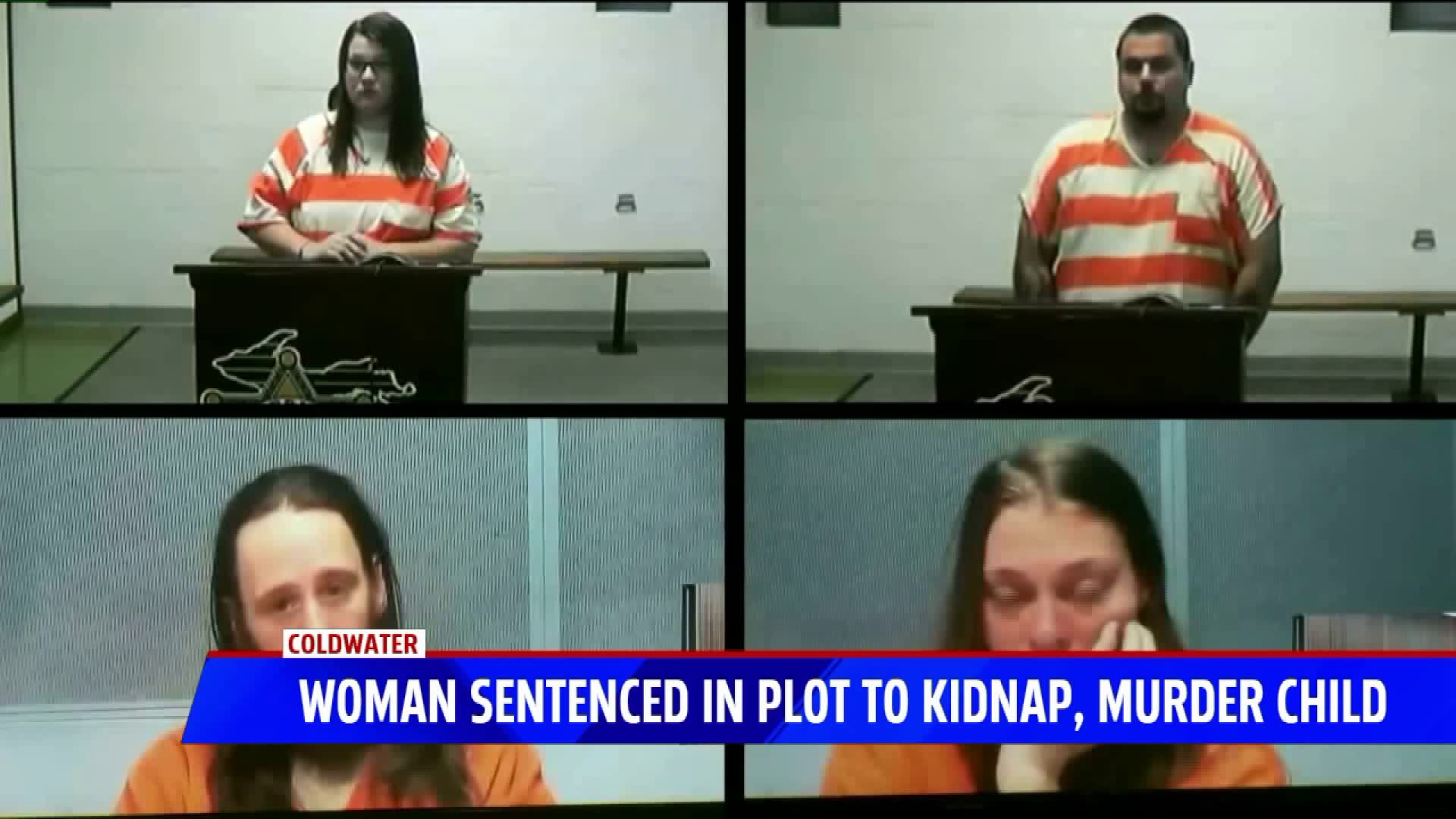 COLDWATER, Mich. — One of the women who state police said was involved in a child pornography ring was sentenced twice at the Branch County Courthouse on Monday.

Monday morning Jayme LaPoint was sentenced to at 25-50 years in prison for committing crimes against a 1-year-old child.

“I just want to say I’m sorry for all the hurt I’ve caused everybody,” LaPoint said while crying. “I know what I did was wrong.”

LaPoint apologized to the court after hearing from the mother of the young victim, Nicole Wilkinson. Wilkinson read her victim-impact statement in which she referred to LaPoint as a “monster.”

“Our jobs as parents is to protect our children from all of the harm that may come to them and to be there when they need you the most,” Wilkinson said with tears in her eyes. “But I was at work when my daughter needed me.”

Wilkinson recalled the day in July 2018 when state police knocked on her door and revealed to her that her infant daughter had been abused while LaPoint was babysitting her.

Wilkinson said she “broke down and sobbed" and has since suffered from anxiety and depression.

“One question that hurts the most is 'why?'” Wilkinson said. “Why did she choose my 1-year-old little girl? I trusted someone that should’ve never been given an ounce of trust and that was the worst day of my life.”

As Wilkinson continued to read her statement, LaPoint cried. She grabbed for tissue after tissue to dry her eyes.

According to court documents, MSP stated that LaPoint was a part of a larger child pornography ring that spanned several counties and included Matthew Toole, Talia Furman and LaPoint’s boyfriend David Bailey. Police said they all four plotted to kidnap a little girl from a store or county fair and then kill her.

Furman and Bailey were sentenced in the case in late August in Branch County. Toole is awaiting trial.

“Ms. LaPoint, you and your co-conspirators that you have dealt with throughout this crime and the crimes we will be addressing later, have done the unthinkable and have planned the unthinkable,” said Judge O’Grady. “And have truly shocked the conscious of numerous communities here in Michigan and probably even abroad.”

“I just want to say I’m sorry once again," she said. "I deserve punishment for this. I know I do. I really do.”