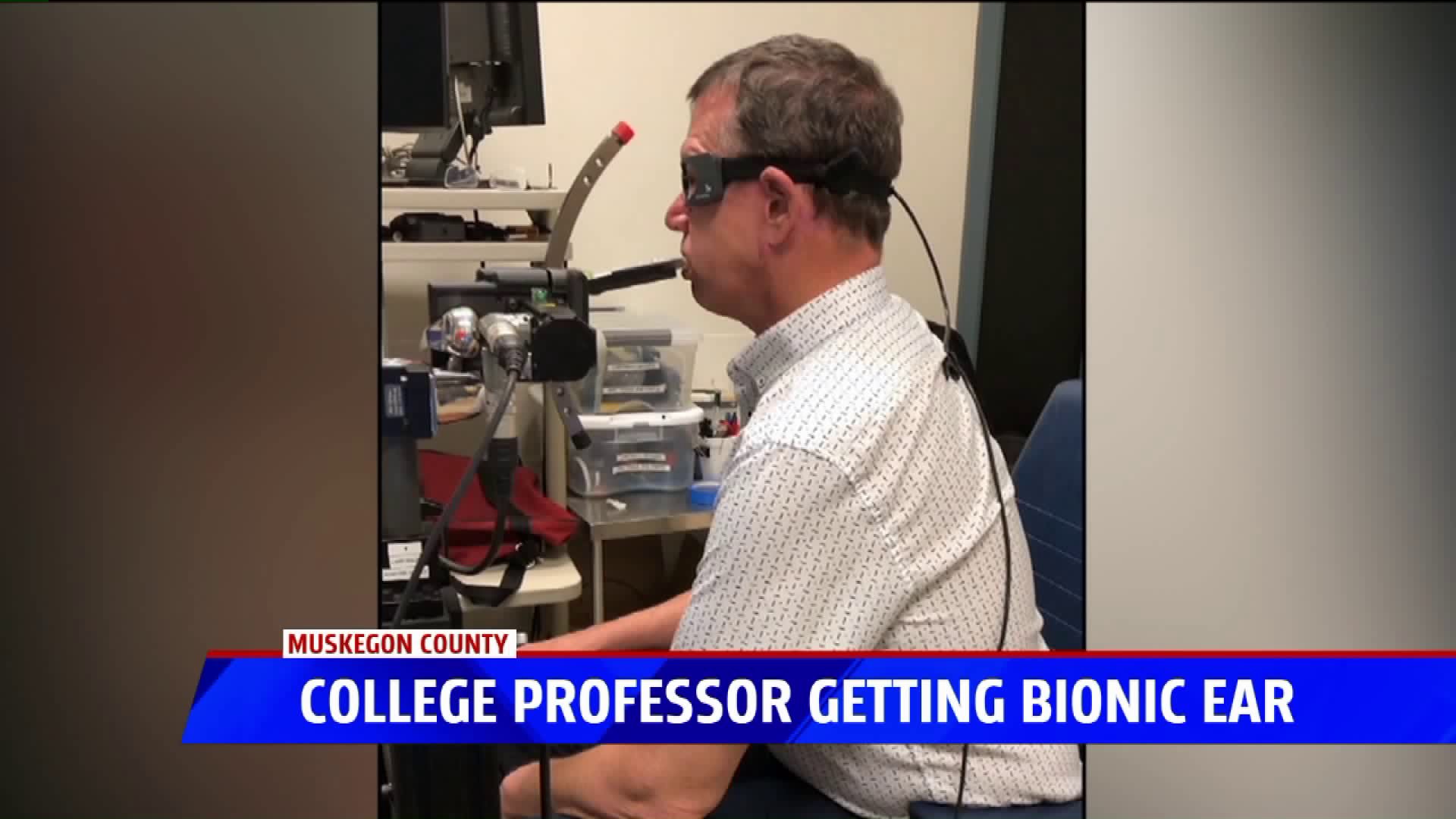 MUSKEGON, Mich. — A college professor who has struggled with balance issues for several decades has been selected as one of the first people in the world to receive a new experimental implant.

Dr. Shawn Macauley has been living with severe balance issues after a portion of his inner ear was destroyed 23 years ago. He currently works as a professor of anatomy and physiology at Muskegon Community College, and as an on-call assistant professor at Michigan State University's College of Human Medicine.

Macauley says his issues began after receiving an overdose of antibiotics all those years ago. Since then, he has had significant trouble walking, driving and focusing his eyes on anything in motion. He went through nine years of therapy following the loss.

"When I move my head, the whole world moves with me and nothing is stable,” he says.

After re-learning many everyday skills, Macauley got back to work at Muskegon Community College. But the effects on his balance still affect his life.

“Right now my 12-year-old when he plays soccer, I don’t walk out to the middle of the field to sit on the sidelines and watch him play. I’m just not safe in an open field," he said.

Macauley recently heard about an experimental implant trial taking place at Johns Hopkins through a Facebook support group he is part of. He applied, and five weeks ago he was accepted into the trial.

Ten days ago, Macauley had the initial surgery required for the implant. His balance and reflexes were evaluated through various tests. He will undergo additional tests before and after he has the external portion of the device fitted in two weeks.

“I have been told to expect this sort of 'wow' moment where for the first time my brain and my eyes will be talking to each other once again. I don’t know what that's going to feel like yet so I’m kinda excited about that.”

You can find out more detailed information about the implant trial here .