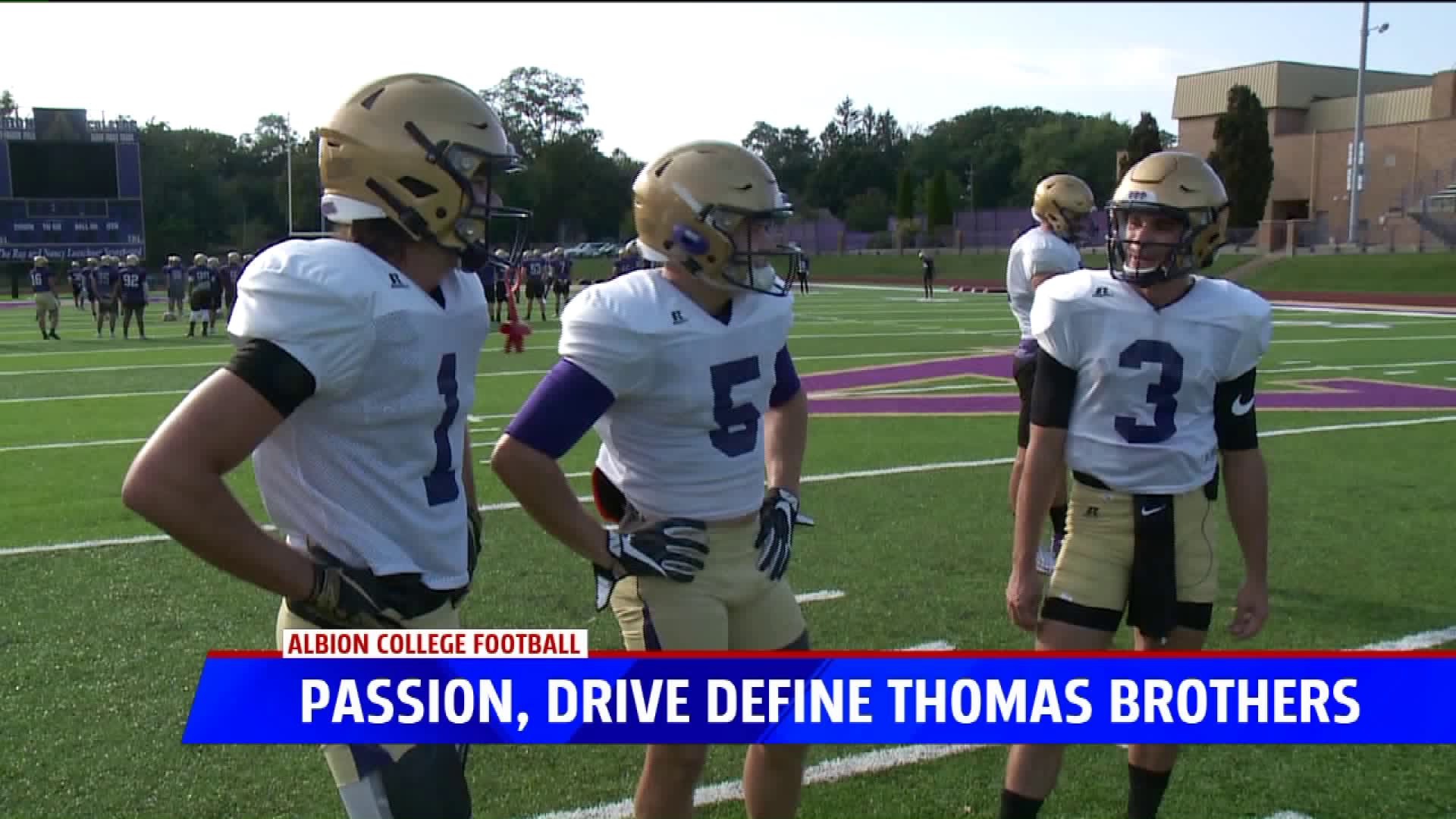 The Thomas brothers are getting it done on the football field

ALBION, Mich -- Kyle and Justin Thomas have been getting it done for the Albion College football team this season.

The brothers have grown up very competitive with one another, even in video games.

"Growing up, they really got very competitive," older brother and quarterback Kyle Thomas said, "to the point where we would get into a fight because of it."

It's that competitive fire that almost kept younger brother and wide receiver Justin from coming to Albion at all.

While working out together, Kyle got mad because Justin could not do as many pushups as he could.

"He started ... not saying the nicest things to me," Justin Thomas remembered, "saying how I could potentially be great and I'm going to waste it if I can't work hard. And it was sort of making a scene in Powerhouse gym, and next thing you know we are not talking for three days."

"Kyle said something that ticked Justin off. I got a phone call, Justin's not coming to Albion, he's going somewhere else," Albion head coach Dustin Beurer said. "Things changed, things cooled off between the brothers a little bit, but I think that is what makes those two special."

It all has worked out well for the Britons (3-0). Kyle is second in the nation in Division III, with 14 touchdowns passes. Justin currently leads the country with eight receiving touchdowns.

All that time spent running routes together is paying off.

"That is what we do every time we are at home together," Kyle noted. "We are always working out. And whether we are going with the quarterback coach, receiver coach or just alone together, we're pretty much doing that in our spare time. That is what we enjoy doing."

Kyle is a junior and Justin a sophomore, so there is plenty of time left for the brothers to play football and make sure that the other is maximizing his potential.

"The final whistle of our final snap ever," Kyle said. "He should expect me on him and I expect him to be on me if we are not holding up our end of the bargain. I like that part of our relationship because after the game, off the field, we can just switch it up, and we are best friends."

Albion is on the bye this week. The Britons start MIAA conference play October 5 at home against Alma (2-1).