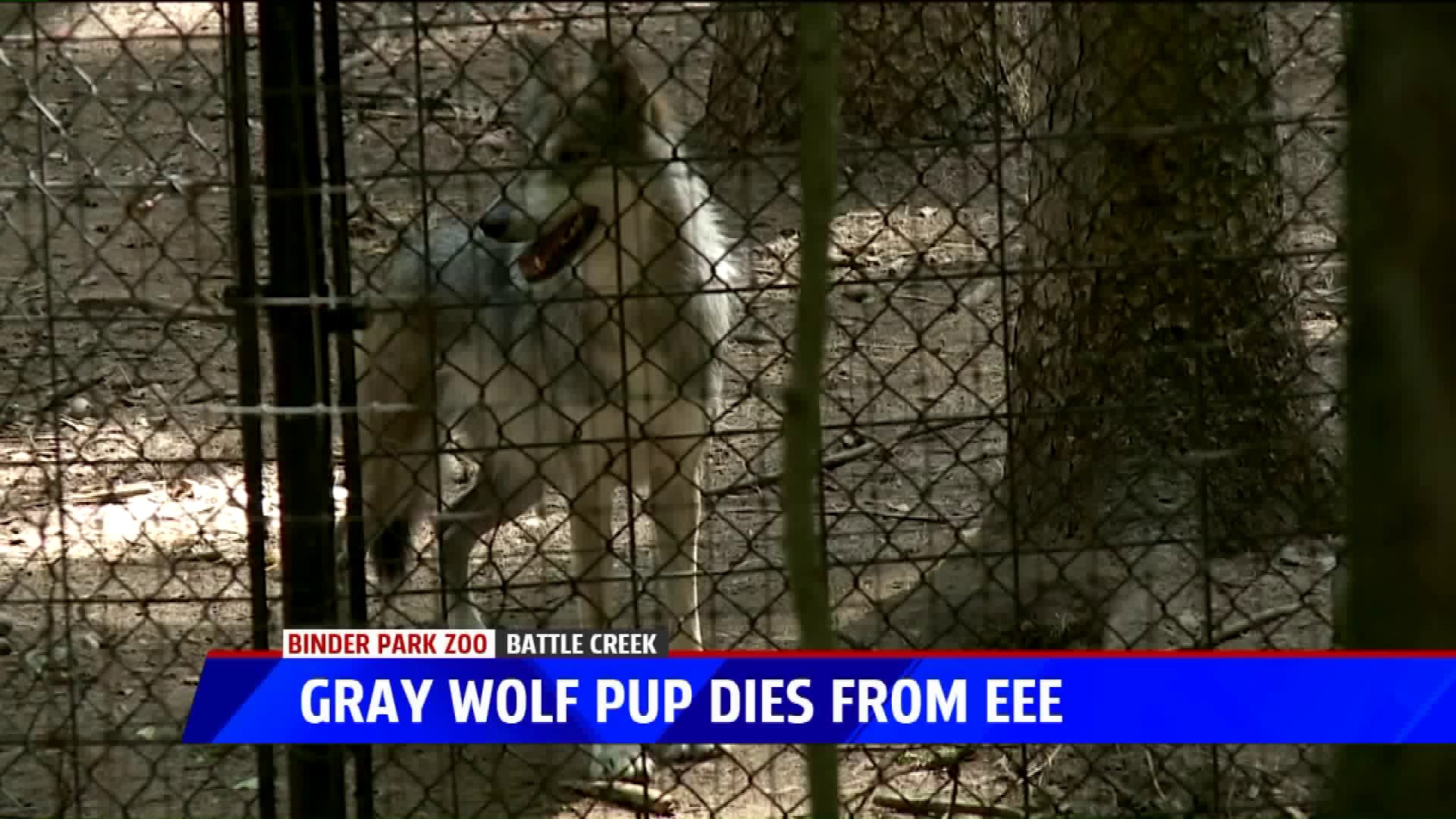 Binder Park Zoo has a long history of breeding Mexican wolves and reintroducing them back into the wild, said the zoo’s veterinarian Dr. Kim Thompson. She said they’re a special subspecies of the gray wolf that has been almost “wiped out” in the wild.

Thompson said on Sept. 1, one of their pups died. The next day another one died. Immediately they were necropsied and their tissue was sent to the College of Veterinary Medicine at Michigan State University.

“When they looked at those, the brain was suggestive of possible EEE,” Thompson said.  “When they contacted us for the additional testing we said definitely go ahead and test that animal because we wanted to know if it was positive.”

Vets also began testing for EEE in the other pup that died the following day. However, the zoo believes that pup may have died due to a congenital liver abnormality.

The staff was left shocked. “Every animal in the Mexican wolf population is very important,” said Thompson. “So it was a huge loss and it was a sudden loss. So the staff here was really saddened by that.”

“For us to have one of our Mexican wolves test positive was extremely unexpected and not something that was on the radar when that animal first died,” she said.

The zoo’s president and CEO, Diane Thompson, said she was surprised and disappointed. However, her first thoughts were about the safety of the staff, visitors, and animals.

“We informed staff and reached out to a mosquito shield company to look at how we can spray take further precautions,” she said.

Immediately, the staff put up several “bug spray stations” throughout the zoo that include mesh bags filled with bug repellent spray cans. Visitors are encouraged to walk up, grab one and spray themselves as much as they'd like.

In the meantime, the staff is focused on keeping their last pup healthy.

“Our remaining pup, I’ve done a couple of examinations on her, and she’s quite healthy,” Kim Thompson said. “We also have collected blood on her, and we’re sending it out to see if she had exposure to the virus and just didn’t have any disease from it, which is often the case with people as well.”